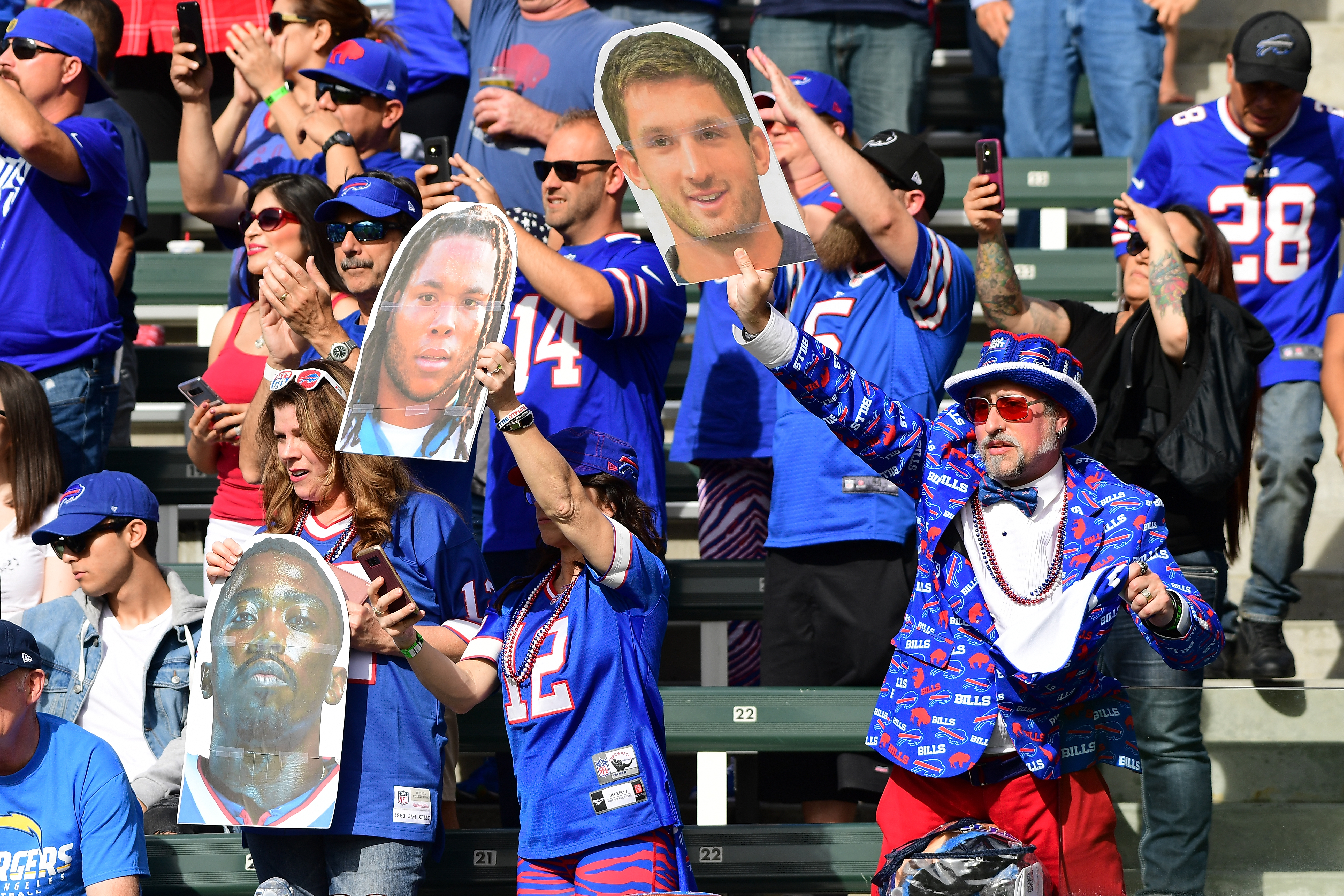 As the snow falls and the winds wail in Orchard Park, the Buffalo Bills will play host to the Indianapolis Colts. While a playoff spot is “in the hunt” level available – rookie Nathan Peterm5n will be taking the reigns in a continued effort to make fetch happen.

Gather ’round the fire, grab a web-enabled device and read what the staff thinks of the upcoming game!

I think Peterman is starting? Yeesh. The Colts are bad, but a Peterman led offense is badder. I don’t think Peterman’s going to have as ghastly a game as last time, but mark me down for some ill-timed turnovers – a strip sack, anyone? – that flip the field for the Colts and allow them to bank some easy points, even against a defense that has looked better the past couple weeks. I would normally expect Shady do have a big day against the Colts, but the combo of Peterman and Rick Dennison’s play-calling will once again hold him back. At least the game will look cool in the snow. Pretty funny that the Bills are offering anyone who shovels for four hours a free ticket when they could shovel for one hour and get a ticket with 7 bucks still left over.

Also, keep in mind during the game, as Peterman struggles, that – and here I have to contort my brain above and beyond the bounds of language as we understand it – there was never a Pro-Peterman movement in Buffalo.

It’s sounding more and more (as of Friday) like Tyrod Taylor is not going to be able to play Sunday against the Colts. McDermott said Tyrod could be the backup on Sunday (ok?) before praising the “poise” and “core values” (actual thing he said) of Nathan Peterman. So yeah, best of luck guys.

If that’s it for Tyrod and he never plays another down for the Bills, he finishes his Buffalo career with 8,148 passing yards and 49 touchdowns in 41 games as Bills’ quarterback. He also compiled an adjusted yards gained per pass attempt of 7.4 (that’s good). By comparison, Drew Bledsoe posted an AY/A of 6.1 during his three years in Buffalo (while completing less than 60% of his passes). Ryan Fitzpatrick had an AY/A of 6.0 during four seasons as Bills’ starter.

The point I’m trying to make is that Tyrod is the best starting quarterback the Bills have had during the Drought years. Actually, he’s probably the best QB they’ve had since Kelly.

Let’s compare TT to Buffalo folk hero Doug Flutie. No. 7 was here in WNY for three seasons and completed just 56.3 percent of his passes (Tyrod completed 62.8%) for 7,582 yards and 47 touchdowns. His AY/A was 6.7. So while Tyrod made 11 more starts in Buffalo than Flutie did to boost his overall numbers, he was simply better on a per-game basis.

This again makes me incredulous as to why there has been such a frothing at the mouth to see Tyrod replaced by Peterman. A town that has been starved for good quarterback play has been getting it. And yet, it’s not good enough. The simplest explanation is that Tyrod doesn’t throw for the yardage totals fans want in a fantasy football era where the best QBs easily reach 4,000 yards. It’s hard to defend 56- and 65-yard passing efforts, which Tyrod had against New Orleans and New England. But the deep-rooted issue here is a poorly constructed offense centered around horizontal passing routes run by a group of wide receivers who simply can’t get open and can’t be counted on to routinely make catches, contested or not. I compared the Bills offense to trying to take a jog in a phone booth the other day.

Look, the Bills offense has been very bad and needs to be overhauled in the off-season. Drafting a quarterback in the first round is probably the right move. I just want the narrative on Tyrod to be much different than what it has been. I want him to get the recognition he deserves for being a good quarterback for this team. You’d think he’s the second coming of Todd Collins listening to some fans speak about him. Naw man, this guy has played at a pretty high level for offenses that have been stripped down little by little each of Tyrod’s three seasons here. The grass isn’t always greener on the other side, and I hope for the sake of all of us that the Bills draft a great quarterback in April because more likely than not, they’ll wind up with a guy we wish was as good as Tyrod Taylor.  Prediction: Colts 17, Bills 9

We are about a week away from the who cares portion of the season.  On paper, the Bills have to beat the Colts, and Dolphins twice to get to 9-7 and have any hope of a playoff berth.  We have no idea who is starting at QB.  We either get Peterman, or a hobbled Tyrod who likely has top stay in the pocket.  Indy’s pass defense is awful, but I don’t know if Buffalo can take advantage of it.  Indy had been playing hard for their lame-duck coach, until last week when they clearly quit on him.  Buffalo put what seems like a third of their team on IR this week, and I just don’t like the mojo coming from Orchard Park right now.  Colts 17 Bills 13.

I’m sorry. No matter who our QB is, the bills aren’t losing to Jacoby Brissett in Buffalo. If he didn’t beat the bills in Gillette Stadium, I don’t anticipate him doing much against buffalo in New Era Field.

I think Peterman will play and he won’t be good. But I think our defense will bail him out since the bills are not facing Rivers or Brady.

Yes, our misery and hope will continue for one more week.

My prediction for the week? A Charles Clay TD and the running game continuing to improve (160 rushing yards) if Glenn plays and if Tolbert keeps being on the sidelines.