Islanders Pregame: Isles Try to Turn Things Around at Home vs. Caps 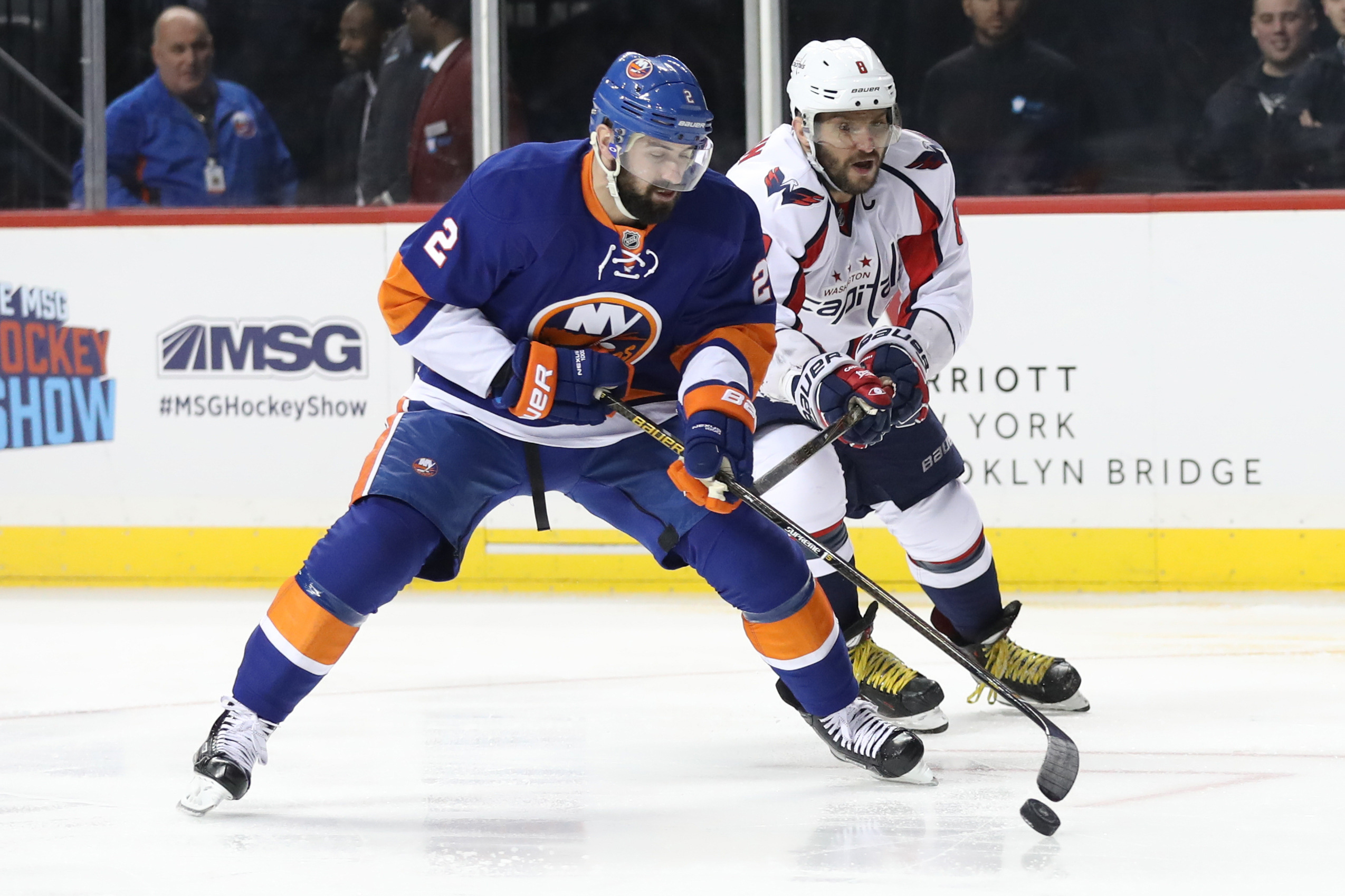 Islanders Pregame: Isles Try to Turn Things Around at Home vs. Caps

EAST MEADOW, N.Y. — The Islanders return to the Barclays Center tonight to host the Washington Capitals. The game kicks off a span where the Isles will play seven of their next eight games at home.

New York is hoping the extended time at home will help turn things around after a tough four-game stint on the road. The Islanders picked up three of a possible eight points and are coming off a 3-1 loss to the Boston Bruins on Saturday. The weekend contest was just the fourth time this season that an opponent kept the Islanders to one goal or less.

“That doesn’t mean we’re not upset about it, it just means we’re not discouraged.”

#Isles out on the ice for morning skate on Long Island. Weight to speak in a few minutes. #Caps aren’t holding a morning skating. pic.twitter.com/dbotyE1Yj3

It could be easy to see why someone might ask about the mood of the locker room. After winning four straight games to end the month of November, the Islanders have dropped four of their last five, which included their first home loss in regulation to begin December.

The Capitals, on the other hand, have been red-hot as of late coming into tonight’s contest. Washington is riding a four-game winning streak, has won seven of their last eight games and is 8-2-0 over a 10 game span.

They have also recorded points in 10 of their last 15 games against the Islanders, which includes a 4-3 win over New York in November.

“I think we just got to be disciplined within our game,” John Tavares said about tonight’s game. “We have to be smart. That’s staying out of the penalty box and also doing the right things with the puck. We’ve been a little sloppy at times and we’ve obviously had too many goals against lately. Just trying to limit their opportunities and really make them work for whatever they get. That also leads to good things for us.”

The Islanders will turn to Jaroslav Halak to guard the net, which will be his third consecutive start in net. Halak surrendered two goals against Boston on Saturday and finished the game with a .938 save percentage.

Islanders head coach Doug Weight said that Halak has “taken the ball a little bit” recently and gave a rather stern vote of confidence to both his goaltender.

The Islanders will utilize the same forwards as they had in Boston and Johnny Boychuk is a game-time decision. The Islanders’ defenseman did participate in the morning skate on Long Island.

Braden Holtby is expected to start in net for the Capitals and T.J. Oshie will not suit up tonight in New York. Oshie participated in practice on Sunday, but did not make the trip to New York with the team.