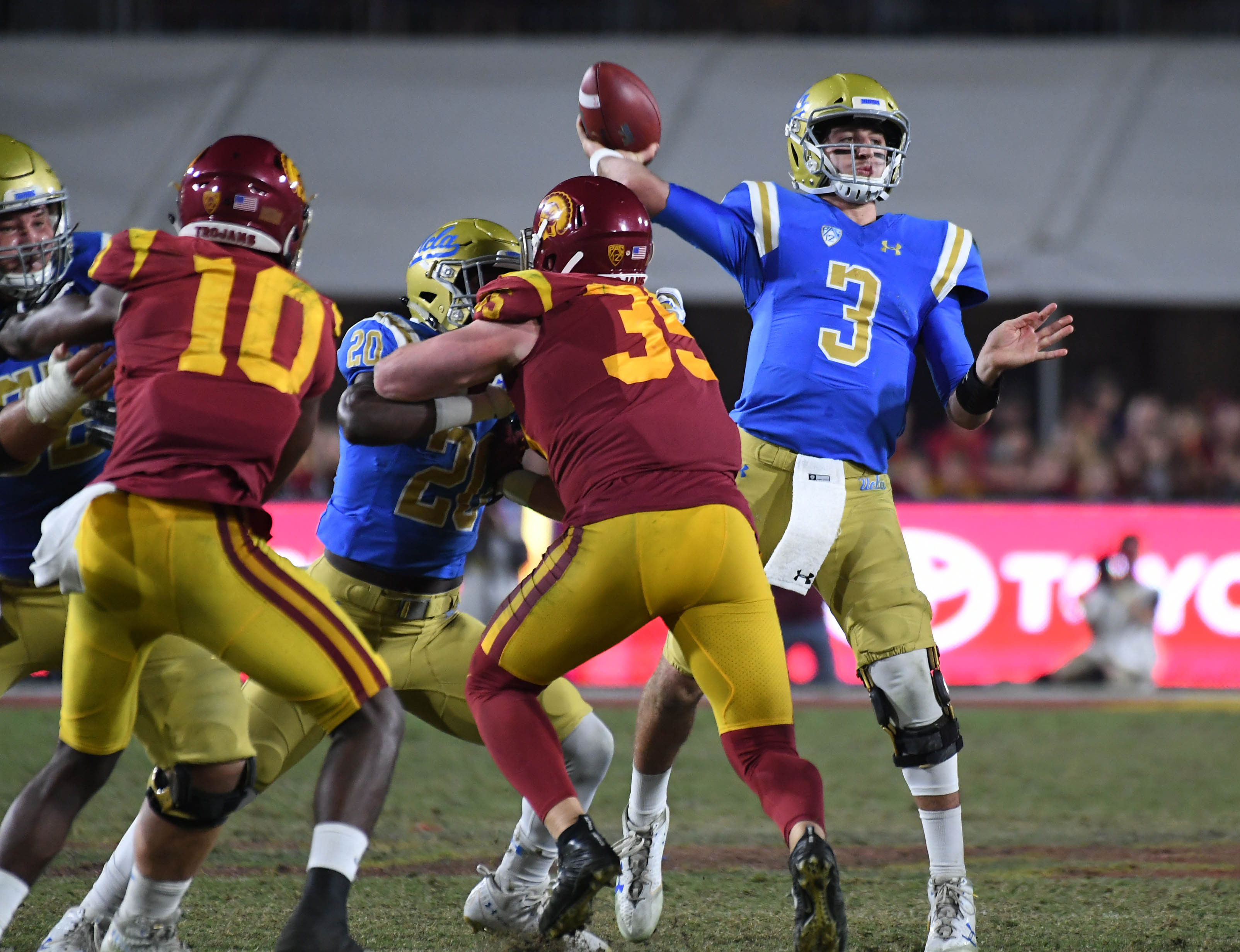 On Sunday, the 1st and 2nd overall picks of the 2016 NFL draft will face off – with the potential to determine which of their teams gets a leg up in homefield advantage for the entirety of the NFC playoffs. Bills fans would love to have such a situation in Buffalo – as opposed to the near mythic strata in which many fans have placed 5th round pick Nathan Peterman. With the top 7 picks of the draft potentially having 4-5 teams interested in a signal caller – with the Browns potentially picking twice in that span – finding a partner and securing the pick pre-draft would be ideal.

If the NFL draft were held today, the Browns would have the No. 1 and No. 5 overall picks (via Texans in Deshaun Watson trade).

To get a truly transcendent player – that’s widely seen as such – a big move will need to be made in the off-season.

Well, if you, like I thought trading a 1st and 4th rounder to move from 8 to 4 for Sammy Watkins was a lot – just wait.

If you want to do what the Rams did to get to number one (from 15th overall) The Bills will have to give up:

1st and 3rd in the following year.

With their lowest 1st rounder, both seconds, and their third round pick, as well as 2019’s 1st and 3rd I would love to see the Bills make a move to get their quarterback and be done with it. You have all of them available, but to get Cleveland to part with that pick will be a possibility only if their brass, led by former Chiefs GM John Dorsey, thinks that they can get the QB they want (and they want a QB – just ask their owner!) with the 5th overall pick via Houston. If that is the case, Brandon Beane and Sean McDermott might be able to swing a deal that’s fair for both sides.

If you want to go with the Eagles’ route to the second overall pick, you can hop around a bit:

Given the Bills mixed signals on Cordy Glenn, I would bet that’s the method they’re going to be more than willing to execute. Trading a Glenn and their lowest first, plus some sweeteners (1st in 2019 and probably more) would get them to San Francisco, Indianapolis or Chicago. However, given the competition for those spots, the question might become not what is “fair” – ala the jump from 10 to 27 with Kansas City. Rather, the question will become what is going to get one of those non-QB needy teams to say yes to a deal.

You also have to look at the decision makers making the picks for each team and see if there is an assumption currently in the blogosphere that may be different than the reality of draft day. Consider if you will, the New York Giants. Currently, the thought is that Eli’s days as lead signal caller are over. However, say rumored favorite to land the GM position Dave Gettleman gets the gig and thinks Eli has a few more years left in him. That adds another name to the pile – and one that has a close relationship with Bills GM Brandon Beane. Those are the sort of relationships, similar to the Chiefs – Bills trade this past draft – that can make such a big move as stress free as possible.

Personally? If they want a quarterback, and you know which one(s) are in the targeting sights – go after it with a ferocity unknown to man. Get into that top 2 and make sure you get your guy, and deal with surrounding him with a quality cast. And that cast needs to not revolve around never having any separation from your receivers, because you can use that to explain Taylor away, but when you get your new shiny toy and he can’t get a chance – good luck!