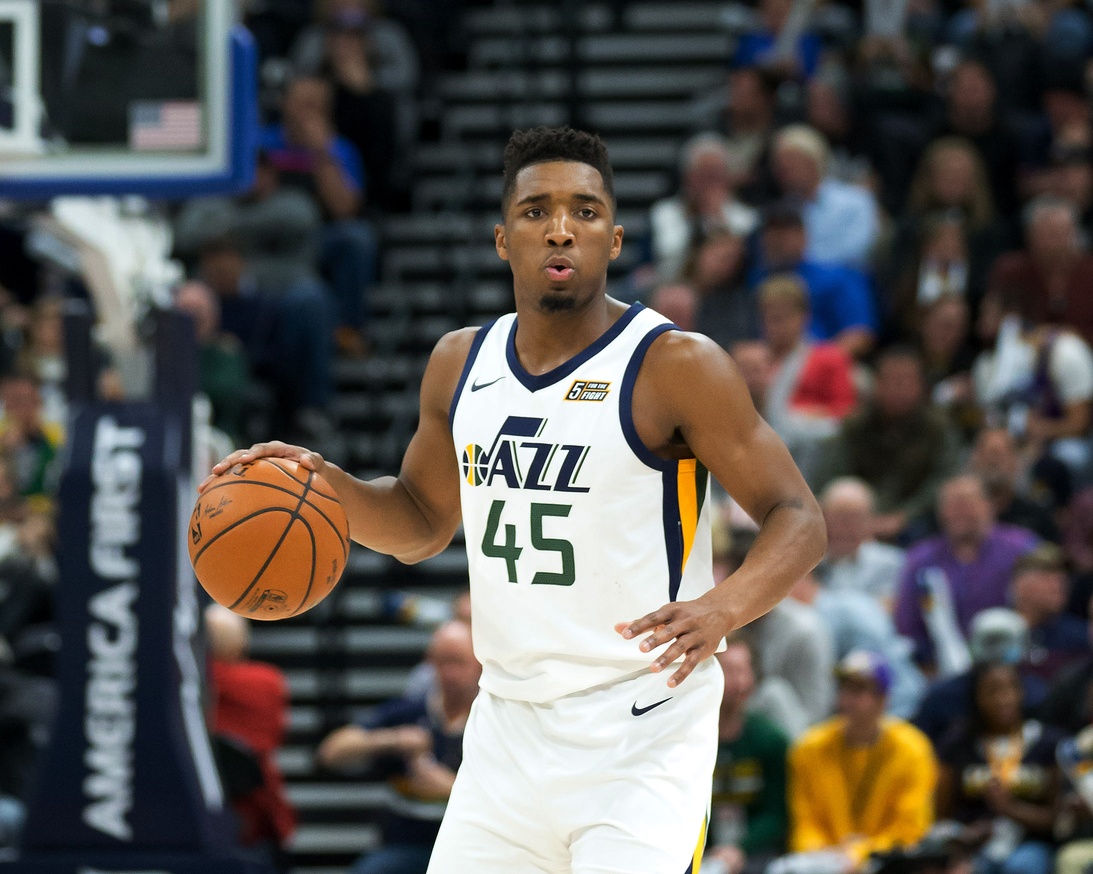 A lot has changed over the last month. But Ben Simmons has still been just as incredible. Without further ado, here’s the December Edition of the Rookie Ladder, which was expanded to include 16 players in light of the fact that this class is stacked beyond belief.

Simmons still hasn’t made any progress when it comes to conventional shooting — nor has he decided to embrace the fact that he is probably right-handed. However, Ben has every other trick in the book on offense: hook, find and floater; and he is already a stud defender capable of covering all five positions. While he is struggling from the charity stripe (57.3 percent) and committing nearly four turnovers per game, Simmons has all but locked up this ROY race barring a serious injury. It shouldn’t even matter whether the Sixers make the playoffs at this point (though I believe they will). He is just that good. Regardless of whether Markelle Fultz is eventually able to reach his full potential while ceding lead guard responsibilities, Simmons is worth well more than his weight in gold. It’s worth wondering whether Fultz would be better set up for success if the Sixers had drafted Brandon Ingram instead, but I think it’s safe to say that selecting Simmons was in fact the correct call.

The league’s top three-point shooter (51.8 percent) and a starter for the Eastern Conference’s first-placed Celtics, Tatum has taken the NBA by storm. He typically draws the weaker wing assignment thanks to the emergence of Jaylen Brown, but Tatum deserves a ton of credit for Boston’s bull-dozing beginning to the campaign. He still needs to improve his decision making (36 assists-to-34 turnovers), but like Simmons and Donovan Mitchell, Tatum has been better as a rookie than anyone, even his most devout believers, could’ve foreseen. I, for one, was among those who doubted the former Duke Blue Devil forward.

Mitchell has quickly become the man in Salt Lake City, helping the great state of Utah forget all about Gordon Hayward awfully fast. Boasting the offensive firepower and explosiveness of a young Eric Gordon and the defensive grit and versatility of a Marcus Smart, Mitchell is also a superb passer. There’s definitely a case for placing Mitchell second on this list, as he has helped keep Utah afloat amid early-season injuries. The Jazz take on the Celtics this coming Friday, which provides Jayson Tatum an opportunity for revenge following Donovan’s downright domination in their summer league showdown. Though it’s way too early for told-you-so’s, yours truly was arguing that the Sixers would’ve been wiser to stay at third overall and select Mitchell than move up for Fultz back in early November (even following a three-for-21 shooting effort against Philly). There just aren’t many players that could ever dream of checking as many boxes as Mitchell. The guy can operate as a spot-up shooter, create for himself and others off the bounce, and comes at opponents (no matter their size) like a spida-monkey on defense.

Never has a rookie averaging 8.6 points, 7.1 assists (to just 2.6 turnovers), 6.8 rebounds, 1.4 steals and 1.0 block in 32.9 minutes received so much scrutiny. This is what happens when the top rookies have been as good as Simmons, Tatum and Mitchell and your father is LaVar Ball, who for some reason didn’t break out the t-shirt cannon during L.A.’s road game in Philly last week. Lonzo is actually just one triple-double shy of matching Ben Simmons (who has three).

Kuzma has taken a back seat on certain nights with Julius Randle raking in a lot of minutes lately and Larry Nance making his return to the lineup. However, Kuzma has been nothing short of spectacular through the first third of the season. Show me the guy who knew back on draft day that Kyle would be contributing 16.0 points (49.2 FG, 36.5 3Pt, 76.2 FT), 6.7 rebounds, and 1.5 assists in 30.5 minutes through 24 appearances and I’ll show you a liar (or a psychic).

Markkanen continues to post nice counting stats, particularly in the scoring, rebounding, and three-point shooting departments. Nevertheless, the same concerns about his skill-set remain. He’s unlikely to turn himself into a rim-protector, and he’s not quick enough to keep up with the wing players that will continue to occupy the power forward position more and more. There will be nowhere to hide Markkanen on defense, and he may top out as a player who should be used as a high-scoring reserve rather than as a star. Think Nik Vucevic, who can’t keep the barn door closed as the starting center in Mosquito County.

Fox has had some moments that stick out, including a game-winning bucket against the Sixers. De’Aaron’s shooting in general has been no better or worse than expected, and his effort on both ends is consistently exceptional. Throw the per-game averages in the trash (or recycle?): my heart flutters while watching the fiery Fox hound the defense, facilitate and fly across the court.

I went long on the San Antonio rookie during summer league, basically begging the Mavericks (and later the Cavaliers) to wake up and sign the man. Of course the Spurs picked him up. While his per-game averages (3.5 points, 1.2 rebounds, 1.0 assist, 0.7 steals in 12 minutes) are nothing special, Paul has played a pivotal part in San Antonio’s impressive start minus Kawhi Leonard.

I was among those who slept on Brooks, as the link above testifies. The Grit N’ Grind Grizzlies finally seem to be falling apart. Those who have been picking Memphis to collapse for the last half-decade can finally pat themselves on the back, though Mike Conley’s extended absence is likely the clearest culprit for their sudden struggles (and things could turn around again when he gets back). Forgive my digression: Brooks provides the franchise with a hard-nosed 3-and-D wing who can still help carry the Grit N’ Grind torch in terms of giving a top-notch effort night in and night out. Like De’Aaron, Dillon simply doesn’t take any plays off, and he usually knows where to be. That’s a great starting point for the breakout second-rounder.

Anunoby is already Toronto’s top perimeter defender, and he is helping the Raptors redefine themselves. I think it’s pretty safe to say that OG should have been a lottery pick.

If I'm an NBA team I'm camped out in a bush outside of Jordan Bell's house maybe even for the entire month of June in 2019.

Smith missed the last two bouts with a hip injury, but he has played more than enough games to warrant a spot on the rookie ladder. Dennis has had his moments, from devastatingly awesome dunks to drained three-pointers and on-point passes. However, unlike Donovan Mitchell, Dennis Smith has not been able to make a similar mark that he did in the summer league. You know, when everyone was bashing the Knicks for selecting Frank Ntilikina over him.

Jackson isn’t earning enough minutes to factor into the race for ROY, but like many of these young men he has had his fair share of moments. During last week’s win against the Sixers, Jackson provided an admirable defensive effort against Ben Simmons, picking him up full court for stretches. Jackson is clearly a hungry hooper, and he will need to stay that way if he hopes to earn more minutes away from T.J. Warren or convince coach Jay Triano to try more small-ball lineups. Anyways, Jackson should see extra opportunities over the next couple weeks while Devin Booker (groin) remains sidelined. Oh yeah, Josh also made Jakob Poeltl fall last week with a wicked crossover. Enjoy.

Allen’s emergence has me wondering why the Nets bothered trading for Jahlil Okafor. There are probably plenty of minutes to go around given that Timofey Mozgov doesn’t demand much time, but the progression of Allen should not be put on the back burner for Okafor. Allen has already showed more defensive potential in the first few months of his rookie year than Okafor ever did.

Ntilikina has been up and down while coming off the bench for the Knicks. There’s no way he’s ready for a starter’s role yet, but I think I’d still prefer that over seeing New York play Jarrett Jack with the top unit. #FreeFrank

Like Dillon Brooks and Kyle Kuzma, Hart is a versatile defender along the wing who plays hard and knows where to be. Moreover, his shooting percentages have not dropped much despite the fact that he has a short leash (about 14 minutes per).

*Injured But Still Worth Mentioning*

The Magic are 8-5 in the 13 games that rookie Jonathan Isaac has been in the lineup and 3-12 without him. Don’t lose sight of this dude. Just saying.

Collins was starting to find his groove before getting injured. He already has four double-doubles through 21 appearances.