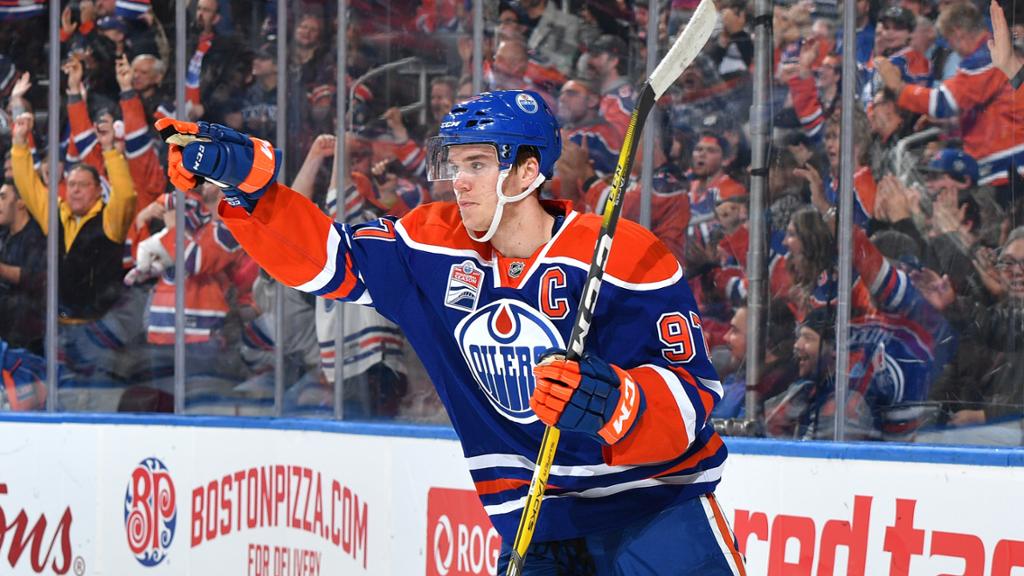 After a 6-2 victory on Saturday in Montreal, the Oilers lost a heartbreaker to the Toronto Maple Leafs on Sunday, where they were beat by both Curtis McElhinney and his posts. That 1-0 loss was one of the Oilers’ better efforts on the year, and was reminiscent of a 1-0 loss to the Washington Capitals in 2015-16 that was arguably the best game Edmonton played that season.

While the Oilers outplayed the Leafs, they walked away with no points to show for the effort, putting them that much further back in the hunt for playoff position. With 40/52 remaining games against the West (there was definitely something hinky with the scheduling this season, as many of their Eastern matchups are already completed yet there are Western teams the Oil haven’t yet met), there’s definitely still a chance to get back into the picture. The problem is that they have to win 40 of their last 52 to essentially guarantee a spot.

Point projections over the past fortnight. pic.twitter.com/bzPz61l1Lp

Tonight the Oil are in Columbus for the 3rd of a three game road trip. Getting a point in this game, and coming home 0.500 for the trip would be a pretty big deal.

This may not go well.

After the Montreal pregame post, there were a few requests for more angry writing. I don’t have any anger anymore. I’m just ambivalent, so here’s a repeat of what I said on Saturday and maybe it’ll work:

So far this season it’s become pretty apparent that the Oilers have some deficiencies on the roster and in management. It’s unclear where the blame actually lies (though based on twitter conversations, it’s not Chiarelli).

Without dissecting all of the first 28 games, here are some things to think about:

Oilers gonna Oil because the guys who make the decisions did a bunch of dumb things. Get familiar with draft picks because we need to know who to be mad about missing out on.