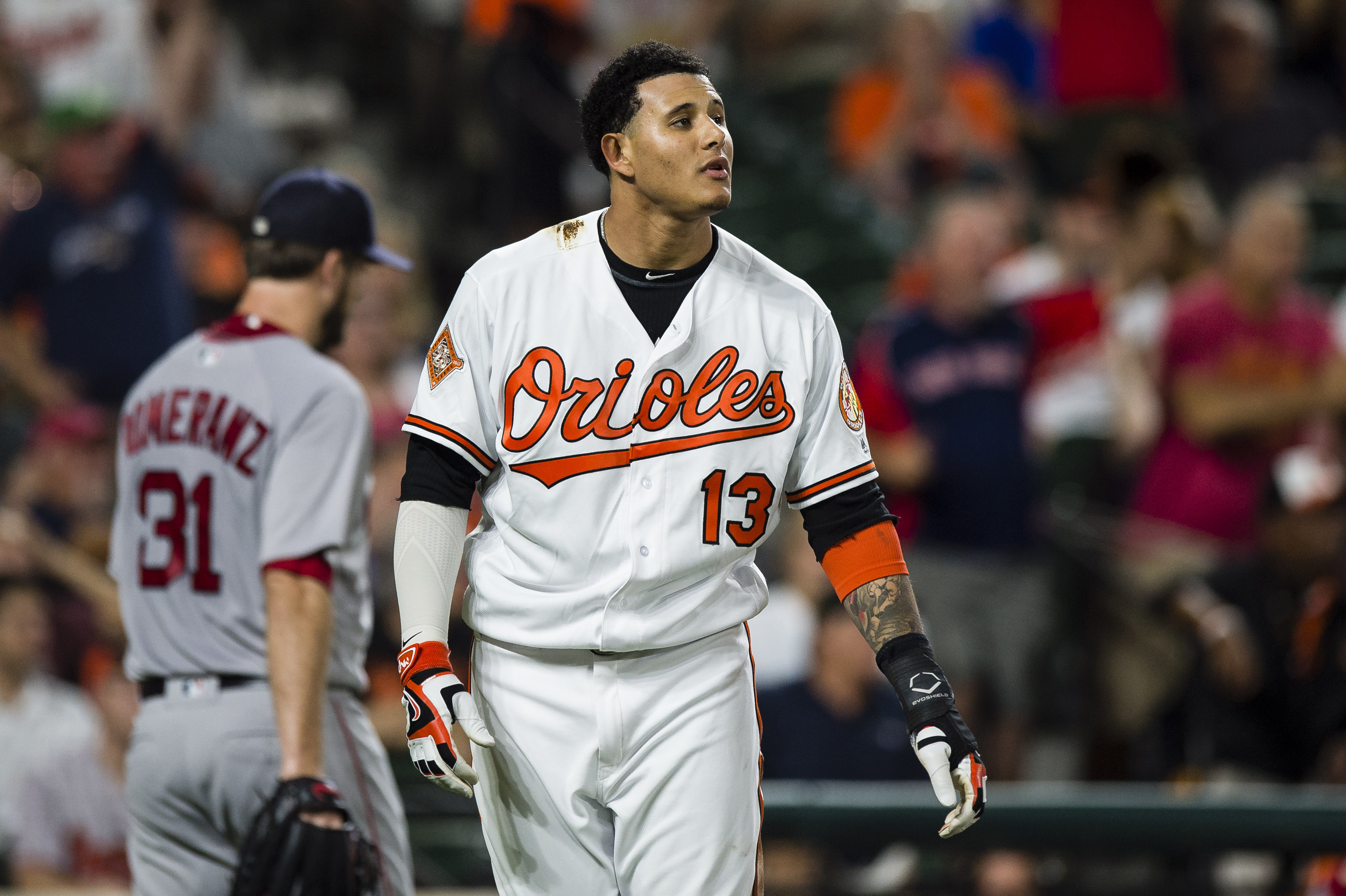 This is the kind of news Baltimore Orioles fans have been dreading .

While it initially seemed that third baseman Manny Machado wouldn’t get traded this winter with free agency on the horizon, those feelings have changed.

The front office isn’t just open to it, either — they’ve actually told interested teams to submit an offer, and general manager Dan Duquette has several on the table to sift through. And although nothing happened at the winter meetings, Bob Nightengale of USA Today notes that Baltimore thinks a deal can be made by the end of the week.

The Orioles reportedly have no intention of granting a negotiation window for any team to talk about an extension with their star third baseman, which does complicate things a bit. But even after he’s traded, it doesn’t look like Machado would sign a new deal since he’s so close to free agency.

With all this in mind, we know of the five main clubs who have a reported interest in making a trade of this magnitude.

With this as our barometer — there are plenty of teams throwing their hat into the ring, but let’s not get too crazy — which ones look like the best fit for Machado?

This fit makes the least amount of sense. The White Sox are in the early stages of a dramatic rebuild that began last winter, continued throughout the year and could even continue this winter.

So, they aren’t going to be good in 2018, and the thought of them potentially flipping Machado for more prospects isn’t cool with Orioles team owner Peter Angelos. We also know of Machado’s desire to play shortstop this year, which would be an issue in the Windy City. Tim Anderson didn’t have a great 2017, but he’s under contract and is penciled in at the position.

If we’re purely talking financial, affording Machado’s next contract wouldn’t be a problem — the White Sox have just $17 million committed to their payroll for 2019 and $9.15 million in 2020, per Spotrac. The flexibility to afford a huge expenditure is there, but this looks like a long shot based off the team’s ability to compete and the potential that he’d mostly be playing third base.

While they missed out on Giancarlo Stanton, the Giants are still searching for power that can be added to a team offense that posted baseball’s worst wRC+ (83) and ISO (.132). Getting someone like Machado helps check all those boxes — he’s the proud owner of three straight 30-homer seasons and has a career 115 wRC+ to go along with a .197 ISO.

He’d fill a huge hole at third base — San Francisco’s -1.8 fWAR at the position was the worst in baseball — but he’d be blocked at shortstop unless the Giants found a taker for three-time Gold Glove winner, Brandon Crawford.

San Francisco has a lot more money on the books heading into the immediate future, but their willingness to take on more than $200 million of Stanton’s remaining contract shows they’d be comfortable making a competitive offer to Machado. It’s just hard to look past him being OK with not playing shortstop.

The Phillies have been enamored with Machado for a while. Although they have plenty of middle infielders on their roster and Maikel Franco at the hot corner, it wouldn’t be crazy to see Philly make room for the 25-year-old wherever he wants to play. After all, Freddy Galvis isn’t the future at shortstop and the man who currently is, J.P. Crawford, slashed just .214/.356/.300 through his first 87 big league plate appearances.

At this point, seeing the Phillies going after Machado in free agency seems more likely than giving up prospects to get him a year earlier. Waiting to acquire him also allows the club more time to sort out their infield situation, enabling them to make a better-informed decision on who they want to keep for the long term.

If it’s up to Angelos — and since he’s the owner, I’d imagine his opinion weighs pretty heavily — this scenario is absolutely not happening. And honesetly, it’s hard to blame him. Not having this kind of player on your team is bad enough, why make things worse by watching him play for a division rival that you have to face nearly 20 times a year?

The Yankees don’t have a hole at shortstop thanks to Didi Gregorius, but it’d be awfully hard for Machado to pass this opportunity up. Angelos doesn’t want to trade within the AL East, but Duquette is reportedly fine with doing so. New York currently has a hole at third base after trading Chase Headley away and have one of baseball’s best farm systems, so everything lines up on paper for a trade.

And something tells me that once he gets to free agency next winter, he might be OK with playing third base if he can join a squad that could be primed to be the Bronx’s next dynasty.

Marcell Ozuna instantly becomes St. Louis’ best power hitter after heading there in a trade, but that doesn’t mean they should be done. The Cardinals had a lot of moving parts in their infield last year, so getting someone like Machado to anchor them makes a ton of sense. Even though Paul DeJong broke out as a rookie at shortstop, he could move over to third base to make room, allowing Matt Carpenter to stay over at first base.

However, it seems as if St. Louis doesn’t want to pay a high price in prospects for just one year of Machado. It’s too bad if that’s the case, because he’d fit right in here.

St. Louis also missed out on Stanton, so we know they have the money to spend. And when it comes to their current roster composition, they don’t have any one particular superstar — or, at least on Machado’s level — that could potentially block him from taking over shortstop for the foreseeable future.