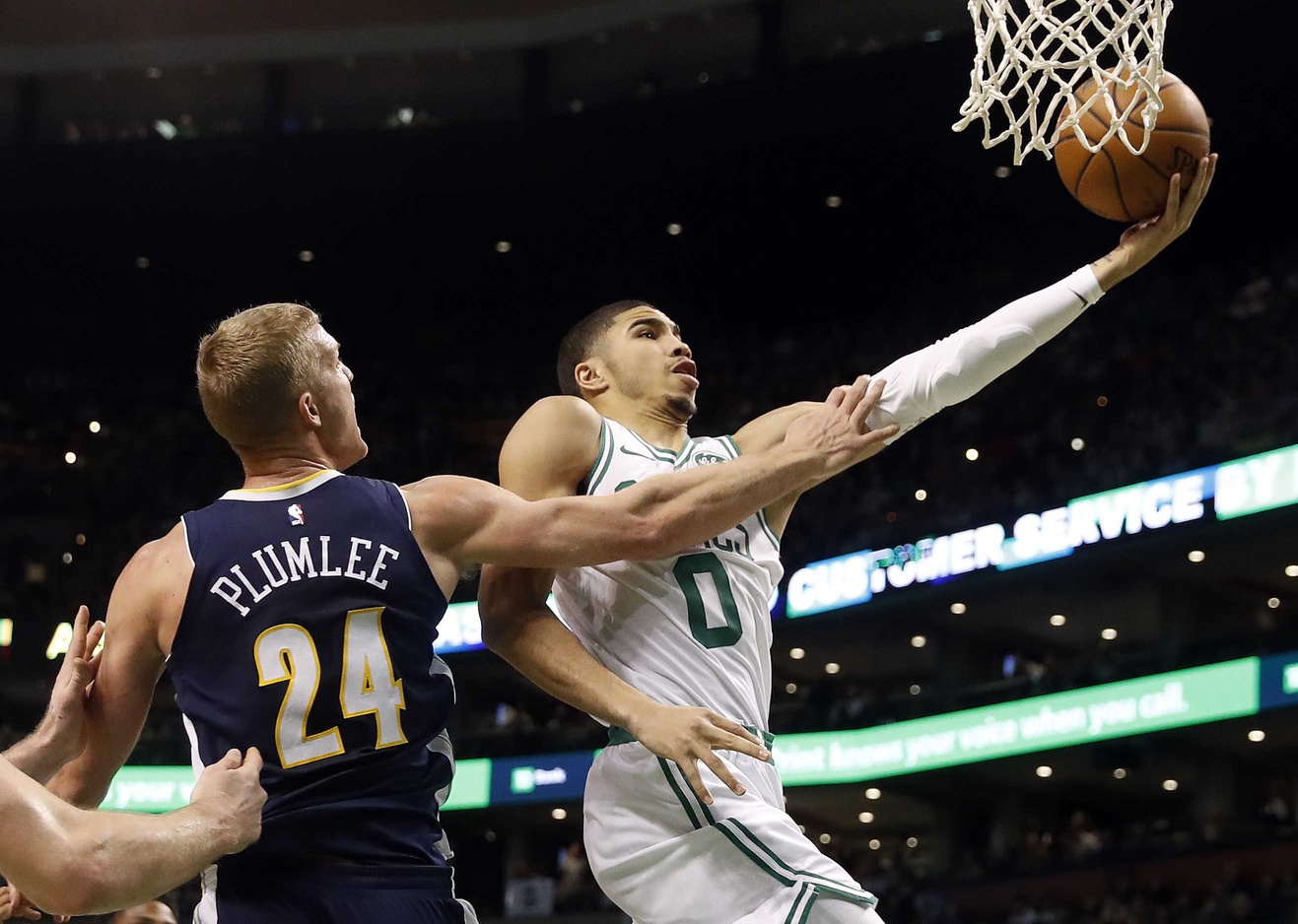 Jayson Tatum covered such a range between his four-point game (1-for-7 shooting) in Chicago on Monday night and last night’s 15-point performance (6-for-9) against Denver that he was in danger of stripping his rookie gears.

“Really thinking about last game, how we struggled and how we really just needed to bounce back,” Tatum said of what was on his mind before the Celtics’ 124-118 win against Denver. “I never get too high when I play well or too low when I don’t. We play so many games. Guys just told me to be ready next game, so I tried to do my thing tonight.”

Jaylen Brown, drawing on his own rookie experience last season, felt the best approach was to not bother Tatum with too much advice.

“I feel like sometimes not saying anything is best because he has a million different people (telling him things),” Brown said. “I was a rookie last year, and that was one of the most frustrating things. Like if you’re having a bad game or a tough day, there’s a lot of people that want to help. You’re hearing things from 20 different people, and sometimes that can be too much or be overwhelming.

We were all waiting for Jayson Tatum, he who carries himself like a 10-year NBA veteran, to have a truly ugly rookie game. That finally happened on Monday, which led to the next question: how would he respond?

Tatum acquitted himself quite well last night, and I think two things were most notable– One, he didn’t try and do too much. Coming off an ugly game, it would be hard to blame Tatum for wanting to come out and start gunning, even though that hasn’t been his tendency at all since getting to the league. Two, he didn’t try and do too little. After a 1-6 shooting night in Chicago, Tatum could have slinked back into the background and passed up open shots. He didn’t do that, either.

With 50+ games left in the season, and Tatum’s role doing anything but shrinking, expect for Tatum to have a few more duds. What he showed last night is consistent with what the Celtics have shown all season– don’t let poor performance carry over and become lasting trends.

On Wednesday, however, Larkin was particularly effective — the small point guard finished with 14 points on 6-for-6 shooting, and his energy in the second half helped turn a game around that suddenly looked like it could be in jeopardy when the Nuggets trimmed a double-digit halftime lead as low as three in the fourth quarter.

But Larkin, after a hot second quarter, re-entered the game and buried an important 3-pointer, then poked away a steal and took it the length of the court for a layup which pushed the lead back to 10.

“Early in my career, (keeping an aggressive mindset) would’ve been really difficult,” Larkin said. “But as you get older, you start to understand this thing’s a business and every single night might not be your night. And when you do get the opportunity, you gotta go out there and just be you. Because if you’re not yourself, you’re gonna go home after the game and be like, ‘I should’ve done this. I should’ve done that.'”

Shane Larkin has been playing like a guy who has no intention on heading back to the European circuit anytime soon. And he’s also playing like a guy who isn’t pressing and trying to prove his worth in the league when he does get on the floor. Larkin reflected on that mindset in his post-game comments, where he isn’t freaking out if the minutes aren’t there, and he doesn’t try and do too much in the minutes he gets. That’s part of growing up and learning from past experiences, and it makes him especially valuable on a Celtics team that’s depth has been tested during a jam-packed December schedule.

There have been plenty of rumbles about the Celtics using their DPE soon with Marcus Morris on the shelf and a number of other players getting some planned nights off, but a confident and capable Shane Larkin could prove more valuable than any player the Cs grab off the scrap heap. 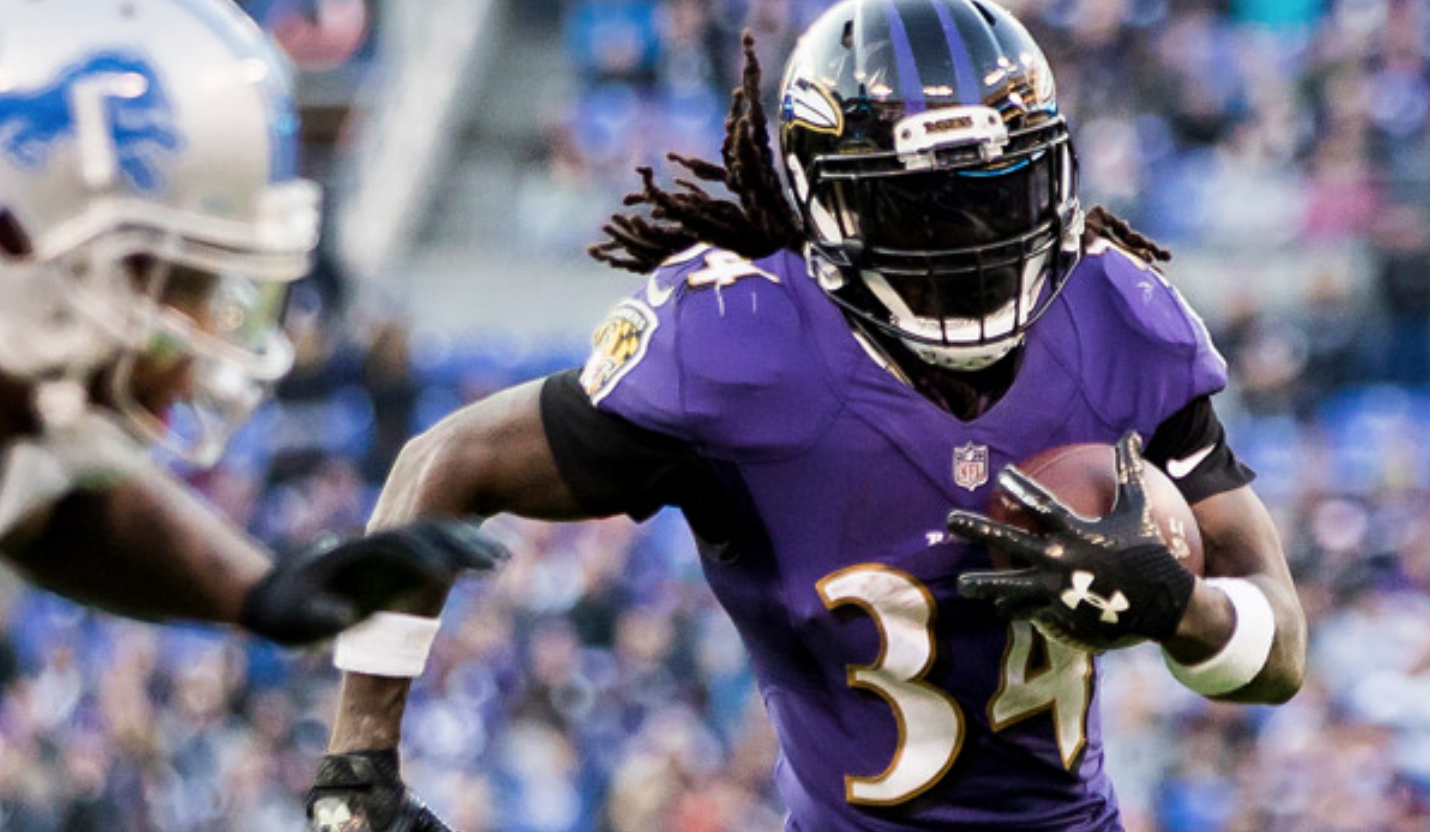 Ravens running back Alex Collins rushed for a career-high 120 yards on only 18 carries in Sunday’s game against the Steelers; and after hearing what...