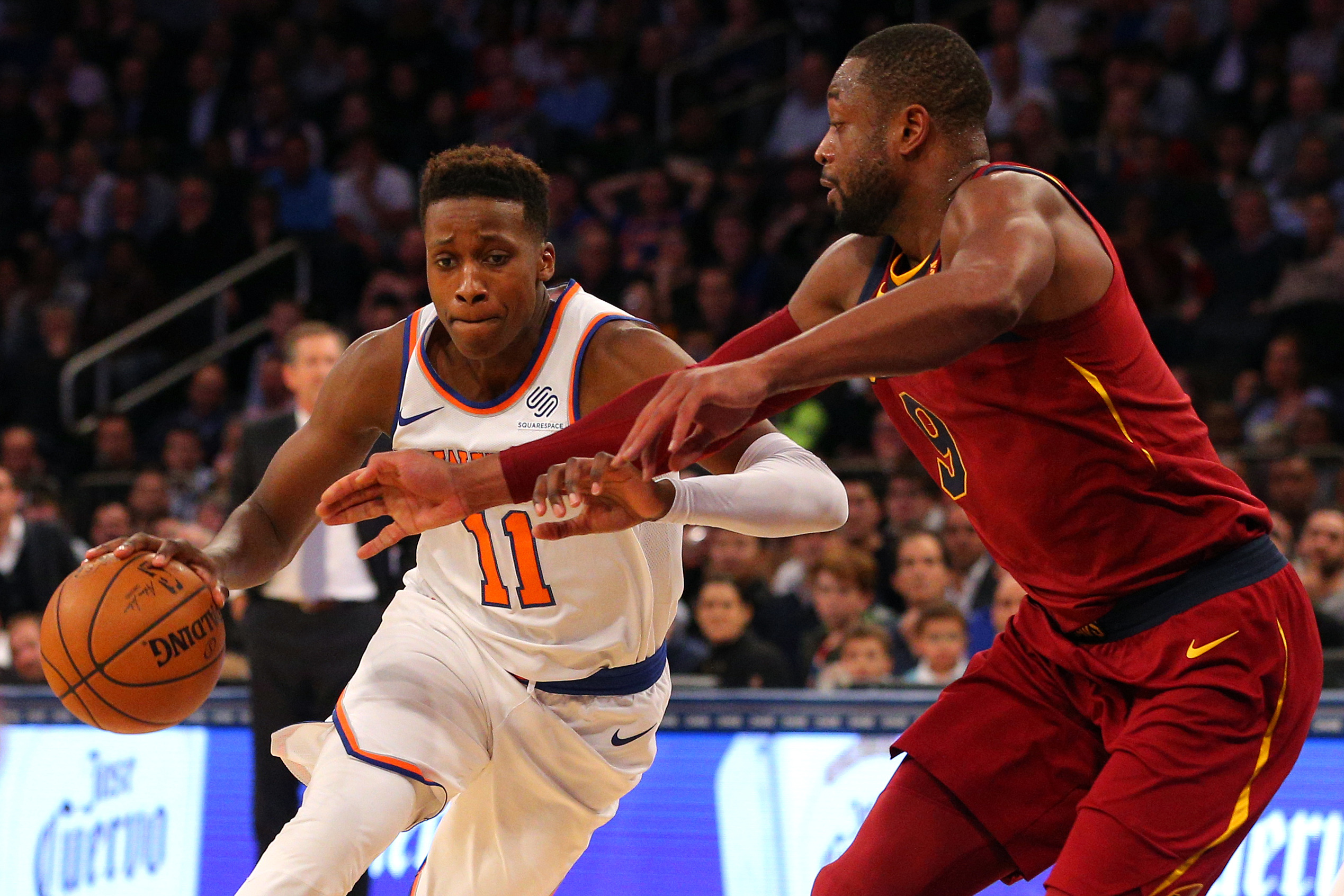 Though this younger Knicks squad entered the season with little and/or low expectations, the promise and respective emergence of the likes of Kristaps Porzingis, Tim Hardaway Jr., Frank Ntilikina, Enes Kanter, and others have allowed the team to hover around a .500 record thus far. Along with such surprising results has come the suggestion that New York could continue to flirt with playoff hopes as the campaign progresses.

When the Knicks have been at their best (full health and all), Madison Square Garden roars with excitement and it’s easy to feel an increased sense of enthusiasm throughout the Big Apple. Nevertheless, a basketball season is almost always filled with twists & turns, ups & downs, and bumps & bruises. This campaign has been no different, as the team has had to cope without Porzingis and/or Hardaway Jr. on the court during various points already. Such a task — finding success without their Batman and Robin — has proven to be troublesome at times. On Thursday night, however, the Knicks arguably bounced back against the Nets with the most resiliency they’ve shown all season.

The team entered the game without Hardaway Jr. This was something they were prepared for. Porzingis provided the team with a scare when he left the game in the third quarter with a sore left knee. Despite initially feeling discomfort earlier in the contest and playing relatively limited minutes up until that point, the big man decided the pain was too much to take come the second half. Though the Knicks jumped out to a comfortable double-digit lead in Brooklyn, such confidence quickly evaporated as the Nets chipped away and fought their way back. Out with Porzingis went his offensive efficiency (13 points and 4 assists in just 18 minutes). This put his teammates on the spot and required others to step up.

Luckily for New York, those around Porzingis were more than ready to fill the void and ensure that another road victory didn’t escape the Knicks this time. Veteran leader Courtney Lee continued to display an underrated explosiveness around the hoop and an assertiveness in looking for his own offense, leading the way with 27 points. Though Kanter narrowly missed a double-double that has become so commonplace this season, he still added 13 points & 9 rebounds and made a rare fourth quarter appearance to help his team hold on. Lance Thomas provided steady defense and knocked down a key shot from downtown as the Knicks put their foot on the Nets’ neck down the stretch.

The starters set the tone with much needed leadership and guidance. Following suit, a number of reserves were clutch in the absence of New York’s top dogs. Whereas Michael Beasley has provided physicality off the bench thus far, he got back to his bread and butter in scoring the basketball and contributed 15 points off the pine. Clearly benefitting from the minutes no longer assumed by Hardaway Jr., Ron Baker has looked much more comfortable playing off the ball — instead of the one — and was able to focus on providing really solid man-to-man defense, pestering opposing ball handlers and limiting Brooklyn’s space. Kyle O’Quinn served as an imposing presence on the boards. Doug McDermott hit solid fluidity shots. Wouldn’t you know it, the glue that held everything together was rookie Frank Ntilikina, who tallied his best game as a pro with 7 points, 8 assists, 5 rebounds, and 2 steals. He’s really beginning to develop amazing chemistry with the second unit and isn’t afraid to run the floor in high-pressured moments.

There’s a beautiful thing about this Knicks roster. It isn’t the most talented nor is it the most polished or developed. Still, these guys are hungry and dedicated to competing. They are well aware of their respective roles, even if they happen to vary on a nightly basis. Playing a part could be mean filling in the gap, providing a boost, or stepping up in the absence of others. Whatever it may be, each and every player comes prepared and there’s reason to believe it this group because of that.