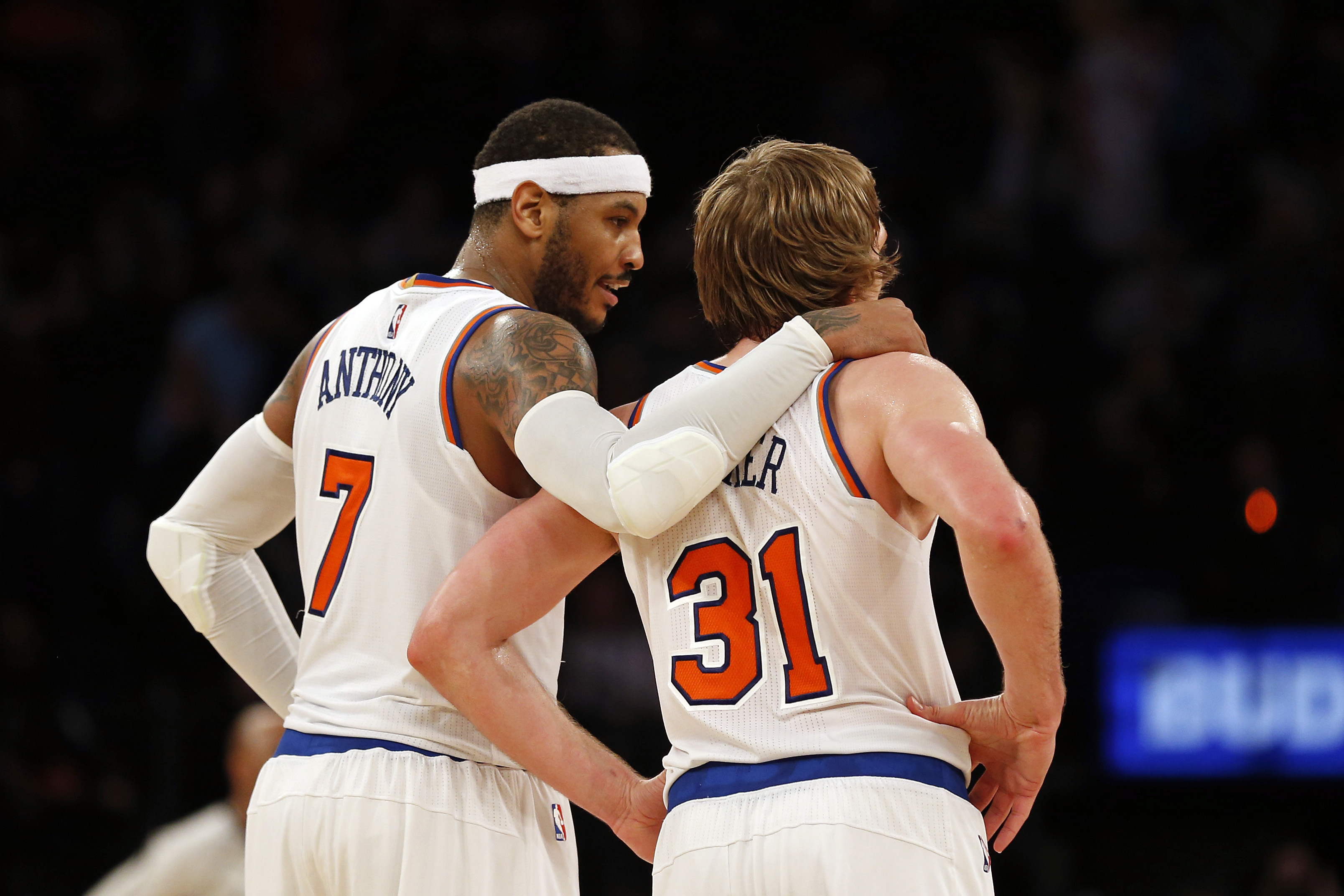 He’s a ten-time NBA all-star, seven of which came as a member of the Knicks. He was named to All-NBA Second and Third Teams one time each, respectively. He won a scoring title and the orange and blue faithful took pride as their team’s resident star won two gold medals (three overall) while representing his squad as a member of Team USA. But following a near seven years in New York, the most Carmelo Anthony brought home for his Knicks was an Atlantic Division title in 2013.

Still starving for another NBA championship after 44 years, the Knicks and their respective fan base long believed that a player of Anthony’s caliber could be the one to lead this organization back to the promise land. They didn’t exactly come close.

Despite being one of the more talented scorers in the NBA, Anthony was still just 26 years when he joined the Knicks back in early 2011. Having played with notable veterans like Chauncey Billups, Allen Iverson, and Marcus Camby as he came up with the Denver Nuggets, the NCAA champion was used to deferring to those around him and allowing them to lead. There’s nothing wrong with that, as long as an NBA team recognizes the need to balance their roster with the necessary veterans to help a star like Anthony feel comfortable. While others held players accountable and led by example, Anthony was able to focus on playing well and scoring the basketball with ease.

The Nuggets never won big on a grander stage, but they seemed to have an idea of what worked and how to approach going in the right direction. In Anthony’s first seven NBA seasons, Denver made it to the postseason each and every year. They made one Conference Finals appearance and Anthony was the team’s leading scorer in six out of seven campaigns.

It’s worth noting that competition in the Western Conference during Anthony’s Nuggets tenure was steep and Denver undoubtedly hit a wall and began to realize their ceiling. From both a playing and personal brand standpoint, Anthony did as well. It was time to move and start fresh (sound familiar?) and off the star forward went to the Knicks.

But whereas the Nuggets seemed to have a pulse on Anthony’s strengths and weaknesses and built accordingly, it took New York much longer to come to terms with such characteristics. Upon joining the Knicks, Anthony needed veterans similar to the ones he had around him in Denver. There was a glaring void without them. It wasn’t until two seasons later that the Knicks understood this and brought in the likes of Camby and Kenyon Martin (Anthony’s former teammates) and well respected veterans like Jason Kidd, Kurt Thomas, and Pablo Prigioni to help steady the group. Even then, it was tricky to find the proper complementary pieces to place around Anthony and hope for success. Jeremy Lin wasn’t the longterm answer. Amar’e Stoudemire couldn’t remain healthy enough to create an oh so desired formidable one-two punch with Anthony. The latter clearly had shortcomings on the defensive end and the Knicks failed to make up for them. What’s more, Anthony’s stellar offensive prowess was difficult to replicate whenever he went to the bench. New York failed to sustain the type of attack they boasted when Anthony was on the floor.

The lack of complementary pieces was a continuous problem, as the investments the Knicks did make around Anthony were the wrong ones. This put them in a trickier financial predicament with regard to making improvements. Anthony was slow to embrace a leadership role as he himself grew older. By the time he began to adapt, he appeared to lose explosiveness and nagging injuries became an issue.

Was Anthony simply not good enough, or did the Knicks waste a perfectly talented superstar in his prime years? That’s up for debate. Unless the organization can begin to make strides toward a championship with Kristaps Porzingis leading the way, the wonder and respective “what if’s” around Anthony’s topsy turvy tenure will remain.

What’s more certain, however, is that no one planned for or expected Anthony’s time with the Knicks to end the way it did. Phil Jackson is to blame as thing fizzled out. Nevertheless, it’s worth noting that Steve Mills and Scott Perry deserve credit for moving Anthony to a more desirable destination, all while putting New York in a better position to succeed.

Anthony’s Knickerbocker career failed to meet expectations, but the front office didn’t exactly do all they could have to bolster his efforts. Despite the lack of team honors, Anthony stands tall as one of the more exciting players to don orange and blue of all time. He missed the mark on a grander scale when it was all said and done, but he gave it his all. That’s admirable, if nothing else.

Anthony deserves a warm reception upon returning to The Garden before the youthful and arguably more promising Knicks hit the court and aim to prove why they are in fact better off without him in 2017 and beyond.