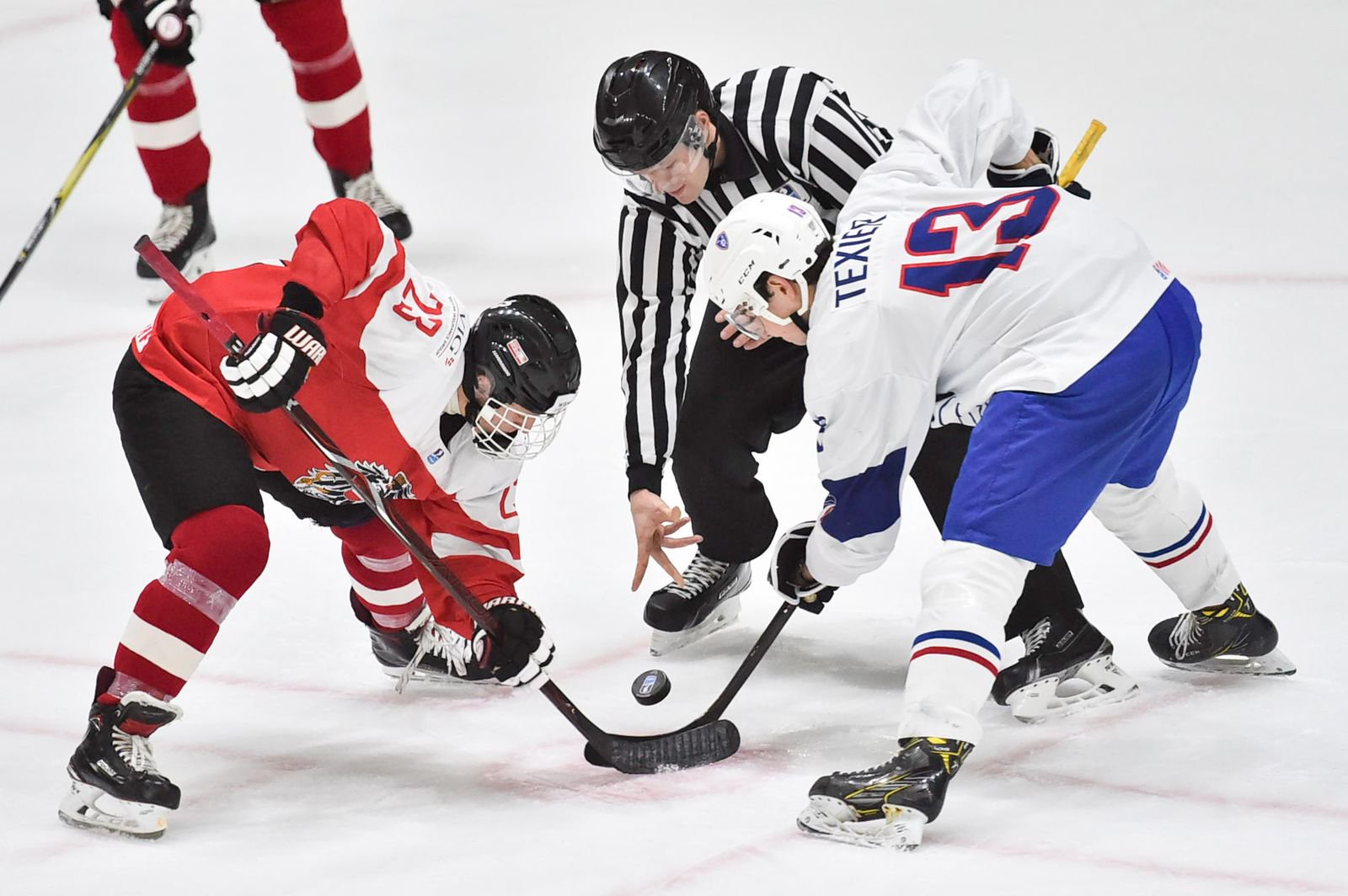 Bonjour vestes bleues partisans…(shakes head) sorry, folks, it’s time for the week in review. As I said, last week was heavy on the French. That explains our earlier hiccup. It appears the demons have been exorcised so we should have a full recap this week.

Starting off in Texas, the Monsters were in The Lone Star State for a pair last weekend. First we go to San Antonio for a game with the Rampage. Fans were barely in their seats before AJ Greer struck just 51 seconds into the game. The Rampage went on to build a 2-0 lead before Miles Koules got the Monsters on the board. Early in the second, due to a misplay by a Rampage player, with the Monsters shorthanded, Nick Moutrey got the puck and fired a shot to tie the game at two. The Rampage added two late goals to secure the 4-2 win. Ivan Kulbakov made 29 saves in the loss.

Two days later, if was off to Cedar Park for a game with the Stars. Early in the first off a draw, the puck got to John Ramage who fired a shot. The attempt was stopped but Sam Vigneault was at the doorstep and picked up the rebound for his fourth of the year. After a goal by Roope Hintz, Moutrey struck again with a little help from an old teammate. After a pretty bit of passing, Nick tried to center a pass but the puck went off the skates of one my all-time favorite draft picks (I got him right in my mock, leave me alone) Dillon Heatherington to make it 2-1 going into the intermission. Mark McNeill scored the only goal of the second to make it 2-2 and set up a wild third period. Under a minute in to the final frame, former Jacket Andrew Bodnarchuk scored before Andre Benoit got his first of the season. Unfortunately, just 13 seconds later, the Stars scored giving them a 4-3 lead. Late in the third with the Monsters on the power play, Vigneault struck again to tie it and give him his first pro multi-goal game. The game went to overtime with the Monster falling on Niklas Hansson’s first of the year. In the loss, Matiss Kivlenieks made 27 saves.

Kole Sherwood-Kitchener Rangers (OHL)
Season Stats 23GP 13-12-25 -4 18PIM
It was a light week for Kole and the Rangers. They opened up against the hottest team in the OHL right now, the Soo Greyhounds, who are winners of 18 straight at the time of this game. Kole helped open the scoring. In the second, he skated down the wing and passed to Adam Mascherin who scored to make it 1-0 in what would end up as the Hounds 19th straight win by a 4-3 score.

Next up was a game against Kingston. Again, it was a scoreless first. But Kole ultimately would snap a five game goalless streak. He started to exit the Rangers zone and chipped the puck to Mascherin who tapped the puck ahead. Kole gathered it and snapped off a shot to make it 1-0 in a 3-2 Kitchener win.

Maxime Fortier-Halifax Mooseheads (QMJHL)
Season Stats 32GP 18-23-41 +14 23PIM
After missing time due to a skate cut, Maxime returned to the Mooseheads lineup in a game against Acadie-Bathurst. Late in the second, with the Herd leading 4-0, Maxime would strike. With the Titan on the power play, out of a board battle, Maxime won a footrace, skated in and fired a backhand that Sonny Milano would nod in appreciation of to make it 5-0 in a 5-2 Moosehead win. The goal moved Maxime into fifth all time among Moosehead goal scorers.

Up next in a rivalry game against Cape Breton, Maxime picked up an assist on the game’s opening goal, but it didn’t make the highlights. Late in the third with the Eagles net empty, Benoit-Olivier Groulx passed to Fortier who sent the puck to Connor Moynihan who then skated all the way in before firing into the empty net to seal a 4-2 win.

Vitaly Abramov-Victoriaville Tigres (QMJHL)
Season Stats 29GP 17-28-45 +9 31PIM
In his final games before heading off to join Team Russia, Abramov continued his hot streak. In the second, Vitaly picked up an assist on Ivan Kosorenkov’s goal to make it 3-1 Tigres, but it didn’t make the highlights. Later in the game Vitaly and his linemates skated in on a three on two with Vitaly taking a pass from Kosorenkov before throwing the puck in front. Egor Kurbatov finished to make it 7-2 Tigres which is how the game would end.

In the Cats’ next game against Quebec, the Remparts took a 3-1 lead before the Meteor Man got going. Early in the third out of some chaos, Jeremie Beaudin gathered a loose puck and found Vitaly who hammered home a one timer to make it 3-2. Later in the third after another Remparts goal, Vitaly picked up an assist when, off a draw, he won a board battle before getting the puck to Beaudin who hammered a shot for his fourth of the season. That goal made it 4-3 in what would be a 5-3 Quebec win.

Alexandre Texier-Team France (World Junior Championships D1 Group A)
Tournament Stats 5GP 0-4-4 +1 8PIM
Last week Alexandre returned home from Finland to take part in the World Championship Division 1 Group A. This tournament decides who moves up to be chum for the heavy hitters in the main World Juniors that takes place around Christmas. How that tournament works is there a round robin followed by a tournament. In Div 1A, it’s a straight round robin tournament with the best record moving up.

In the Roosters opening game, Alexandre picked up three assists in a 6-1 France win over Austria. He also won 14 of 21 faceoffs as the team’s top line center.

Up next against Hungary, the game was a back and forth affair that went to overtime with a score of 3-3. Early in the OT, the Hippos took a too many men call that led to a France power play. Texier took a pass from Enzo Guebey at the circle before sending the puck back to Guebey who fired an AMX Leclerc shot (it’s a French tank) to give France a 4-3 overtime win. In the game, Texier was busy winning 14 of 25 draws.

In the next game, it was a rough one against Germany. The French were held scoreless in a 4-0 loss. Alexandre won 14 of 22 faceoffs.

Up next in a must win game against Latvia, Texier and his teammates would be held scoreless in a 1-0 shootout loss. Texier had a rough night at the dot winning only 9 of 24 faceoffs.

The team’s final game against Kazakhstan was a real rough one as the Kazaks won by a 6-1 score clinching them the tournament and their first World Juniors berth since 2009. In the loss, Texier won 4 of 8 faceoffs.

There you have it folks, a look around the world of Jackets prospects. As for next week, we’re getting to the best time of the year (other than the draft), the World Junior Championships. Andrew Peeke has been getting rave reviews paired with 2018 draft prospect and fellow Floridian Quinn Hughes. Next week will probably be a Monsters and European prospect recap as most of the Junior leagues have taken their Christmas break.