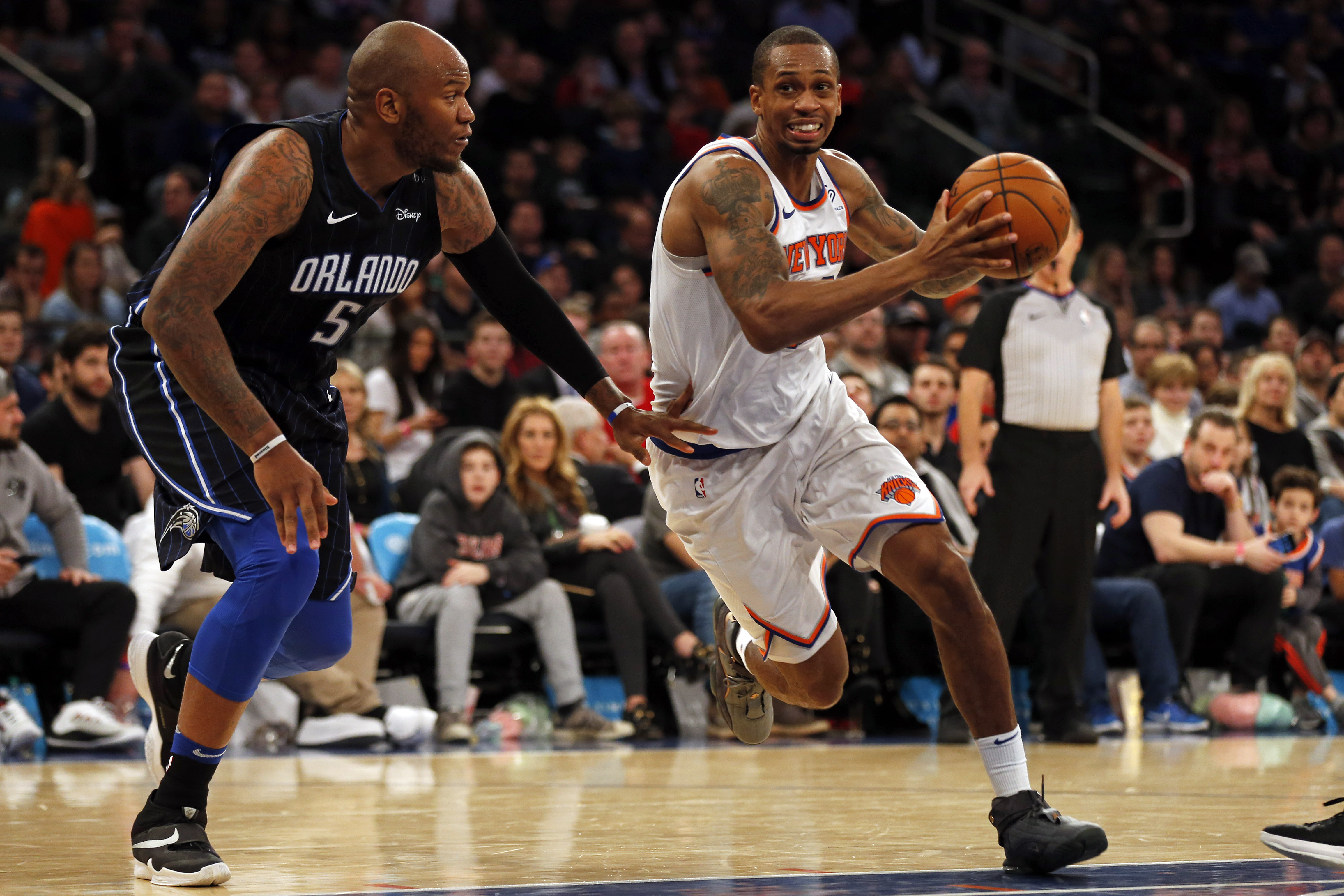 The news that Tim Hardaway Jr. will be advancing his rehab (and potentially inching closer to a return to the court) following a stress injury to his left leg should come as a big relief to the Knicks. Averaging 17.8 points per game this season, the 25 year old has served as New York’s second-leading scorer and has seemingly provided an offensive boost whenever his team needs to swing the momentum in its favor. He’s been absolutely clutch, which is a sign of obvious and tremendous growth when compared to his first stint in New York.

Given the early impact Hardaway Jr. made this season (and the team success that followed), it looked as though the Knicks were going to be in some trouble following his absence. Refreshingly enough, however, New York has received different injections of life from various players to help them stay afloat while the swingman takes his time getting back to 100%. The team is playing better than anyone could have predicted without him.

On the offensive end, Courtney Lee has stepped up a bit having been slotted in at his natural position of shooting guard. He has averaged 14.2 points during Hardaway Jr.’s absence and has tallied 19 or more points on four different occasions. Understanding there is a big void to be filled, Jarrett Jack has also helped the Knicks chip away by looking for his own offense more often as well. The floor general has logged 9 points (on 46% from the field and 36% from deep) and 6.3 assists in December, all much higher than his seasonal averages. Much like Lee, Jack has also been clutch, tallying double-figure points on four occasions. After getting off to a slower start this season, Doug McDermott has found his rhythm and one would have to think his increased confidence has stemmed from being depended on with Hardaway Jr. on the sidelines. The sharpshooter has averaged 10 points on 46% shooting and 41% from deep this month as well.

After looking as though he was nothing more than an afterthought in Jeff Hornacek’s new run and gun offense, Lance Thomas has suddenly emerged to secure a rotation spot as the Knicks continue to fill the obvious gap. The veteran and Knicks co-captain has helped pace his team defensively, appearing in all nine games during Hardaway Jr.’s absence, starting seven. He’s always played 23.9 minutes per contest as the Knicks have gone bigger with an added focus on applying defensive pressure. In the same fashion, Ron Baker has benefitted from the suddenly available minutes. Like Thomas, Baker struggled early on to settle into a steady role after showing promise as a rookie through 52 games last season. That said, Baker has appeared to find his niche once again. Making five straight appearances, the young gun has averaged 5.8 points and 1.6 steals in consistent minutes off the bench. Such numbers obviously aren’t too flashy, but Baker has provided the grit, physicality, and hustle that helps him emerge as an instant X-Factor on a nightly basis.

It’s safe to say that the Knicks are anxious to have Hardaway Jr. battling with his teammates on a nightly basis once again. He’s been clutch offensively and continues to make strides on the defensive end. Having him on the court would mean New York has a better idea of where the points are consistently coming from, but it can’t be denied that a plethora of players have stepped up to fill the void in the meantime.