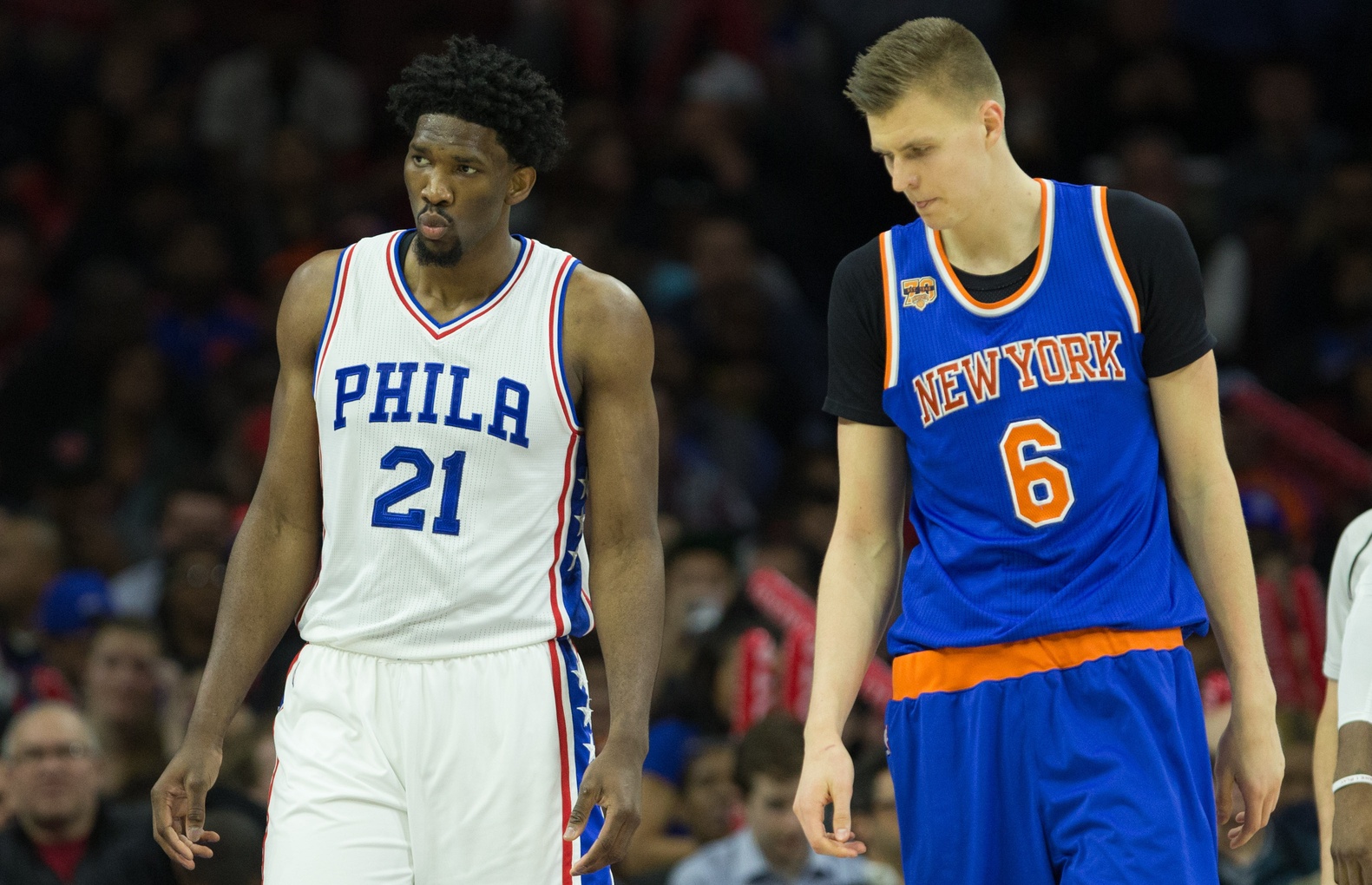 Inspired by all the odds, props and predictions circulating the web, four members of The Lottery Mafia got together (albeit via email) to make some of our own guesses about the games (and more).

Ilia Shatashvili: Philadelphia – Embiid will be back to start Christmas day off right.
Joshua Cornelissen: Philadelphia (107-102) – Joel Embiid should be back by Christmas, so the 76ers get the edge here. But without Embiid, Porzingis and the Knicks would probably be favored.
Gabriel Allen: Philadelphia – All bets are off if Embiid doesn’t suit up after all, but even still it’s hard to see anybody in New York’s starting lineup staying in front of Ben Simmons either. I’m petitioning for Frank Ntilikina to join the starting five for Dec. 25.
Jon Elliot: Philadelphia – Kristaps should be back for a few games by Christmas, but Embiid is expected to return on Christmas Day. Embiid seems to play better when rested, and Joel is close to Noel, so therefore, Sixers win.

IS: Golden State – Durant and LeBron will battle it out with the younger superstar coming out on top.
Josh: Golden State (124-122) – No Steph Curry, but it looks like Draymond Green will be back. It will be close, but the Warriors keep winning even without Curry and will be at home.
GA: Cleveland – Expected to be the highest-rated game on Christmas day (with 3/2 odds according to most sports books) even though Steph will still be sidelined, LeBron James will take this matchup with Kevin Durant very personally and come out on top. The King stay the King.
Jon: Golden State – Curry will not be playing, but Durant and company are still far too much for a Cleveland squad operating without the “IT” factor.

IS: Boston – Brad Stevens shines on the national stage and Kyrie Irving puts on a show in the fourth.
Josh: Boston (104-93) – The Celtics are fun to watch, and Kyrie Irving always gets up for big games. The Wizards will have a hard time scoring and ultimately sputter out.
GA: Washington – I’m not sure why, but I keep picturing John Wall eating Kyrie Irving’s lunch on Christmas. And Irving isn’t himself when he’s hungry: it directly leads to him questioning the roundness of the planet.
Jon: Washington – The Celtics are officially in a funk, having split their last eight games. Wall’s been banged up a bit, but the animosity between the two teams will continue and Wall will be ready for the marquee matchup versus Kyrie.

IS: Houston – The Rockets are going undefeated, I mean one-defeated, with Chris Paul on board this season. If he sits out due to injury, Houston will just win by 10 instead of 20.
Josh: Houston (129-106) – This game is on blowout watch, as the Thunder have been inconsistent all year.
GA: Oklahoma City – Even after beating the Sixers in triple-overtime last week, the Thunder are still searching for that trademark win that sort of announces their (late) arrival to the contenders-only party. Winners of seven of their last 10 and finally above .500, the referees let the players play, and James Harden doesn’t get the benefit of the doubt from the whistle-blowers in OKC.
Jon: Houston – The Rockets haven’t done much losing lately, with only one loss in games Chris Paul has played.

IS: Minnesota – Larry Nance will make a poster out of KAT, but Jimmy Butler will have the last word.
Josh: Lakers (116-115 OT) – The Lakers have been hanging tough recently, and this game is in L.A. Until Minnesota shows it can play 48 (or 53) minutes of defense, they shouldn’t be a lock against any opponent, especially one as frisky as Lonzo Ball’s Lakers.
GA: Minnesota – Jimmy Butler probably wills the Wolves to victory in this one, but you can’t count the young Lakers out here.
Jon: Minnesota – Just what we’ve all been waiting for: Tyus Jones versus Josh Hart. Tyus’ Wolves will eek out a rather unimpressive victory in La-La Land. Oh and Wiggins versus Ingram should be really interesting.

2. Which game will be the closest (in terms of final score)?

IS: It seems like Warriors-Cavaliers games never disappoint in terms of drama. Why expect anything different this time around?
Josh: The Lakers against the Timberwolves, as both are playing at similar levels recently. With the game going to overtime, the heavy minutes that Thibs plays his starters will catch up to them and they miss shots late to give the Lakers a win on more late Brandon Ingram heroics. Larry Nance Jr. gives the world a Christmas gift with a poster dunk over Karl-Anthony Towns.
GA: I’m going with OKC-Houston. As Ricky Roma (played by Al Pacino) said in Glengarry Glen Ross, “I subscribe to the law of contrary public opinion. If everyone thinks one thing, then I say: bet the other way.
Jon: Probably Washington and Boston due to their ever-increasing (and confusing) rivalry. Philly-NY have dead even point differentials at +0.0 per 100 (Philly’s offensive/defensive efficiencies are 104.0 and NY’s are 105.2), so mathematically, this seems like the safest bet. However, and for no scientific reason whatsoever, I feel like Boston and Washington will be close, especially at Capital One Arena.

3. Which game will be the most lopsided (in terms of final score)?

IS: Houston could unleash fury on the Thunder and win by 25-plus. They have been the best team in the league this season and what better way to make Daryl Morey proud than drain 20-plus 3’s as a holiday gift against Sam Presti’s triumvirate of superstars.
Josh: The Thunder are hovering around .500, while the Houston Rockets are almost unbeatable since Chris Paul returned from injury. With Houston on fire from outside, the Thunder will try to play defensive personnel to slow down the shooters — leading to stalled-out offensive possessions and a bad loss.
GA: Since I have no idea how Enes Kanter and the Knicks plan on sticking a well-rested Joel Embiid, I’ll take Sixers-Knicks.
Jon: Houston has the greatest chance of blowing out OKC, given the Thunder’s season-long chemistry issues and scoring woes paired with Houston’s mastery of offense and seventh-ranked (yes, seventh) defense. Houston has a knack for long runs and OKC will be hard-pressed to match them or slow them down. A dark horse selection would be Golden State over Cleveland due to the fact that not many teams in the league can get as hot as the Warriors (aside from the aforementioned Rockets).

4. How many triple-doubles will be dropped? And who will do the dropping?

IS: Lucky number seven! Since we are in the age of triple-double euphoria, let’s have a Christmas Day feast. Ben Simmons, Joel Embiid, Draymond Green, Kevin Durant, LeBron James, James Harden, and of course Russell Westbrook.
Josh: All of the league’s best triple-double threats will be out in droves on Christmas (except Giannis…) so there is plenty of potential for some triple-double fun. I’ll go with two such performances, coming from Ben Simmons against the Knicks and LeBron James against the Warriors.
GA: 10! Yes, you read that right. One from a player on each team, too! Ben Simmons, Frank Ntilikina, LeBron James, Draymond Green, Al Horford, John Wall, Russell Westbrook, James Harden, Jimmy Butler and Lonzo Ball.
Jon: There have only been five triple-doubles ever on Christmas day, two of which came in 1967 by the Big O and John Havlicek. LeBron and Russ are the only two that have done it in the modern era. So I will guess that five players will post a triple-double this Christmas: LeBron, Russ, Ben Simmons, Lonzo Ball, and let’s go Al Horford for kicks and giggles. In all seriousness, LeBron has been on a tear and he has great motivation while playing against the Warriors, as does Russ with the Rockets. I think it’s entirely possible that both players rejoin this elusive club this year, though I’d bet on LeBron more than Russ if pressed.

IS: Eight – Philly should still sneak in. Cleveland, Golden State, Houston, and Boston are all locks. And Oklahoma City, Minnesota, and Washington should cruise into the playoffs barring catastrophic injury or a blockbuster trade. Of these eight, OKC might actually be the most at risk if they decide to trade PG-13 at the deadline.
Josh: Eight teams will make the playoffs: Golden State, Cleveland, Houston, Boston, Minnesota, Washington, and Oklahoma City are all near-locks. Then odds are either Philadelphia or New York will make the playoffs, but not both. If Embiid plays in 65 games this season the Sixers should make it as a low seed, so I’ll pick them here. The Lakers and Knicks will need to be patient.
GA: All four of us agreeing is not that fun, but I think eight has to be the answer here. I’ve been sleeping on the Knicks all year, so why stop now right? It’s possible that nine teams will make it though, as New York and Philadelphia could both end up qualifying. That leaves the Lakers as the only team competing on Christmas that’s a true long-shot to sneak into the playoffs. Not bad.
Jon: All except the Lakers and Knicks. Despite having no first-round pick to play for, I expect a precipitous fall down the standings towards the end of the year for the Lakers. As for the Knicks, they’ve benefitted from a home-heavy schedule so far, and the Sixers and Miami Heat are nipping at their tail. While Miami is definitely not a “good” team by any standards, they’re tough and well-coached. I wouldn’t be shocked to see them spring for a star-caliber player in a trade either. Philly is still growing, but they’re ready to compete for the playoffs now and Markelle Fultz has yet to return from injury, which should help the Sixers’ 25th-ranked bench efficiency as long as the physical and mental ailments no longer remain. Plus, Porzingis can’t continue this ungodly pace forever, can he? 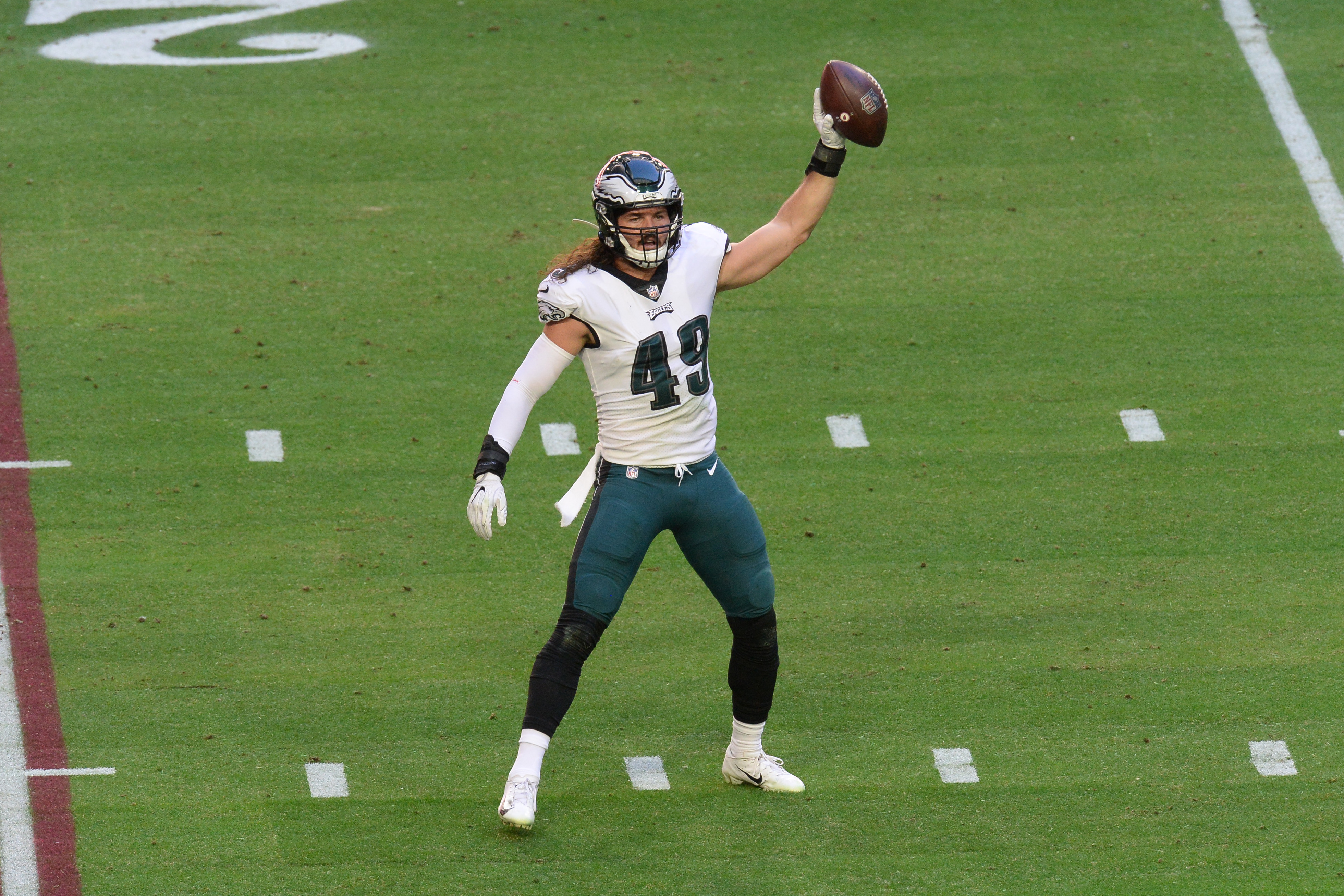