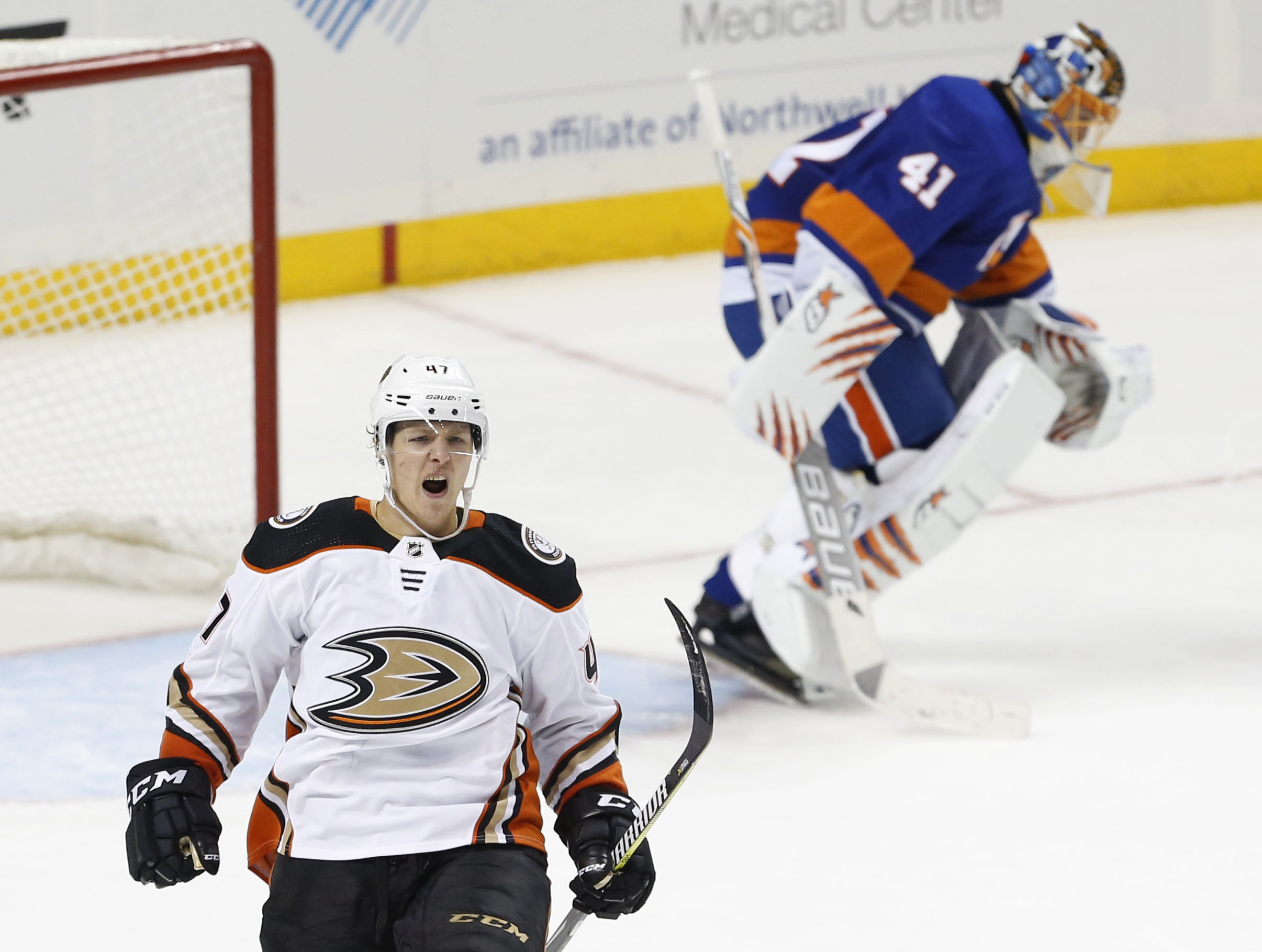 Call it a Belmont hangover?

A little over 24 hours after the New York Islanders finalized one of the biggest moments in franchise history — a deal for a new home in the Elmont community — the team dropped their second straight and eighth game in 11 tries, falling to the Anaheim Ducks 5-4 in overtime.

Normally, if two of your top scorers combine for six points, you walk away handily with a victory. Not on Thursday as the Islanders were outmuscled and a tad outplayed by a Western Conference opponent who previously dropped their last three games.

The Islanders stumbled out of the gate, allowing the Ducks to cash in twice in less than a two-minute span. Hampus Lindholm and Ondrej Kase scored the first two of the game in the opening period.

But, like New York has done all year long, they battled back. After Mat Barzal made it 2-1 during a 5-on-3 and Lindholm scored his second at 12:36 of the second frame to make it 3-1, the Islanders captain John Tavares put the team on his back.

Tavares scored twice, once on the man advantage, both helped by Bailey to tie things at three. Nearly eight minutes into the third period, veteran Andrew Ladd scored his ninth of the year, finishing a pretty drop pass from Jordan Eberle to make it a 4-3 lead.

With 1:15 left in regulation, Anaheim put the pressure on the Islanders and they folded. Rickard Rakell tied it on his ninth tally of the season. With 57 seconds remaining in the extra session, Lindholm completed his first career NHL hat trick to seal the 5-4 victory in Brooklyn.

1. If there is one major positive on the season, the Islanders can score and seemingly do it at will. There is no doubt about it. New York is second in the league, averaging 3.5 goals per game. Not bad. Six players, including one defenseman, have over 20 points on the season just 34 games in. Bailey, Tavares and Anders Lee are all averaging over a point per game. Thursday was no different. Bailey had three assists and Tavares had two goals.

2. Speaking of Bailey and Tavares, are they the best offensive duo in the game? Tough to argue against them. Mix in Lee and the Islanders have one of the deadliest, if not the deadliest top line in the league.

According to NHL Public Relations, Bailey and Tavares are the first Islanders players to record multiple points in over five consecutive games since Pierre Turgeon from March 7-17, 1994 (6 GP). Also, Tavares and Lee are the first two Islanders to have at least 20 goals before Christmas since Mike Bossy and Brian Trottier. It’s been fun to watch.

3. With the positive comes the negative. Defense and goaltending have been an issue all season and we cannot sugarcoat it any longer. Though the talent is there on the blueline with players like Nick Leddy, Johnny Boychuk and Calvin de Haan (injured), both units have not been able to bail each other out of late. The goaltending has not been strong enough, meaning Thomas Greiss and Jaroslav Halak must be better if the Islanders want to be taken seriously in the Eastern Conference. They’re also ranked 31st in the league, allowing 3.5 goals per game.

4. The penalty kill showed signs of improvement. Ranked 31st in the league on the penalty kill at 72.3 percent is a cause for concern for Doug Weight and his coaching staff to debunk an issue that has plagued the team all season. First, the power play was scoreless, now it is hot. Now, the penalty kill can’t get out of its own way.

5. So, is Barzal your top choice to win the Calder Trophy yet? With one goal and an assist, Barzal recorded his sixth multi-point game of the season. He’s got nine goals and 23 assists on the campaign. He is a power play threat. He is fast. He can control the puck. But, then again, I’m just stating things you already know at this point. Just sit back and watch this kid play. 6. This may seem obvious but these next few games will truly tell what kind of team the 2017-2018 New York Islanders are. With one game before the Christmas break, the Islanders are faced with a huge task, hosting the elite Winnipeg Jets on Barclays’ ice. The Jets are 20-10-6 this season but the Islanders may be catching them at the right time, as they are a middling 4-4-2 in their last 10. The Jets can score. The Islanders have a tough time stopping the puck. Something’s got to give.

7. Feeling down? The pictures of the new Belmont arena were released all over the Internet and it looks beautiful. That should help. Whether you are an Islanders fan, a rival fan or the average hockey fanatic, you have to appreciate this moment for a franchise that has been through turmoil for decades. Chalk this one up in the win column.

8. Looking for a bright side? Six teams in the Metropolitan Division gained at least a point on Thursday. The Islanders were one of them. They are keeping pace in the division and that will help down the stretch for a potential playoff run. Every point matters whether in December or April. Just ask last year’s Islanders.

Joe Barone is currently a free agent as he looks to take the next step of his sports + media publicist, digital marketing, content creating, and sports reporting career. A native of Brooklyn, his bachelor’s degrees are in journalism and political science, as well as a master’s in public relations. Joe is a huge sports fan as he loves watching and playing hockey, baseball and football. He comes from a large Italian-American family in Brooklyn, New York.

View all posts by joebarone
Read next 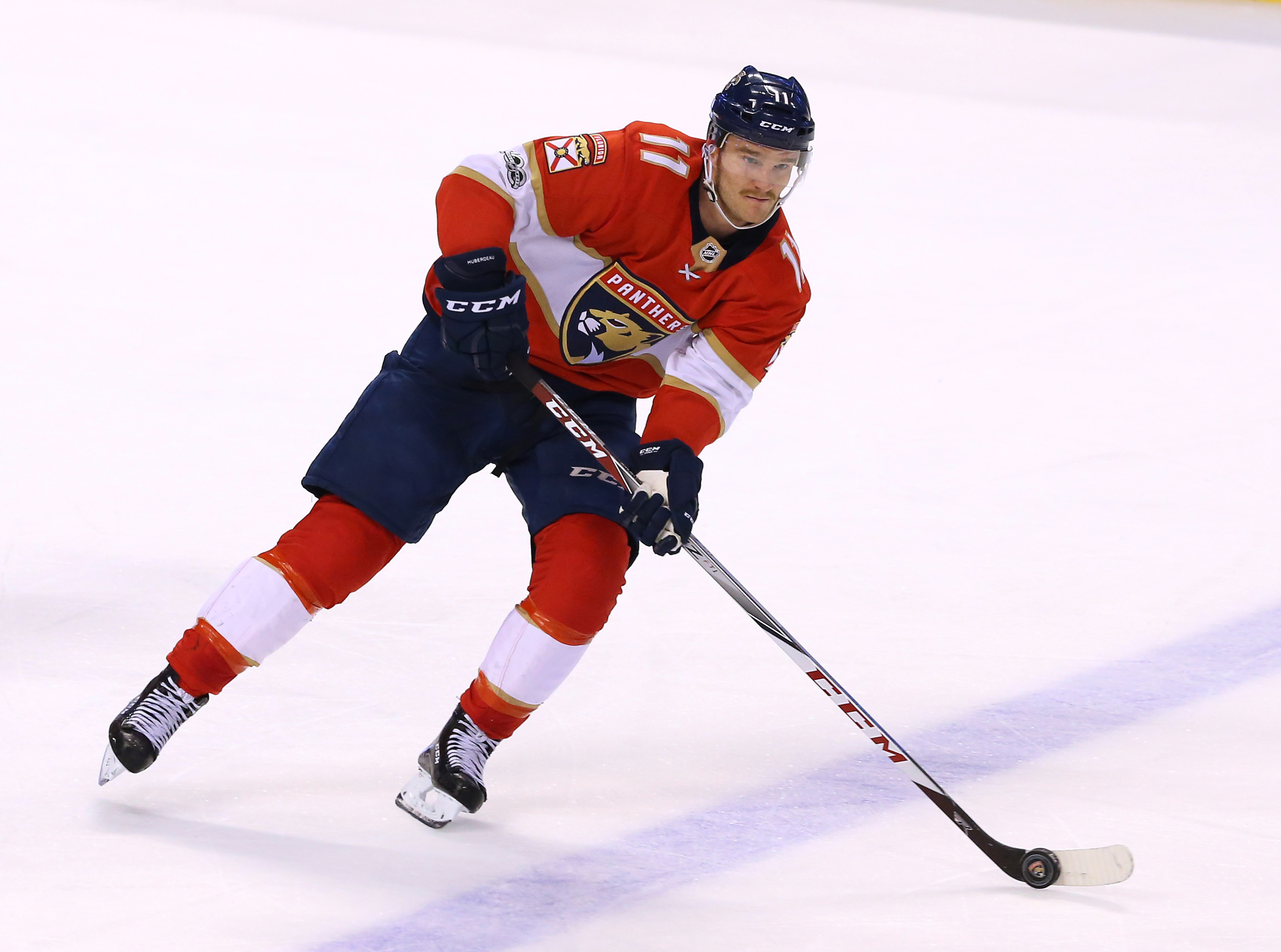