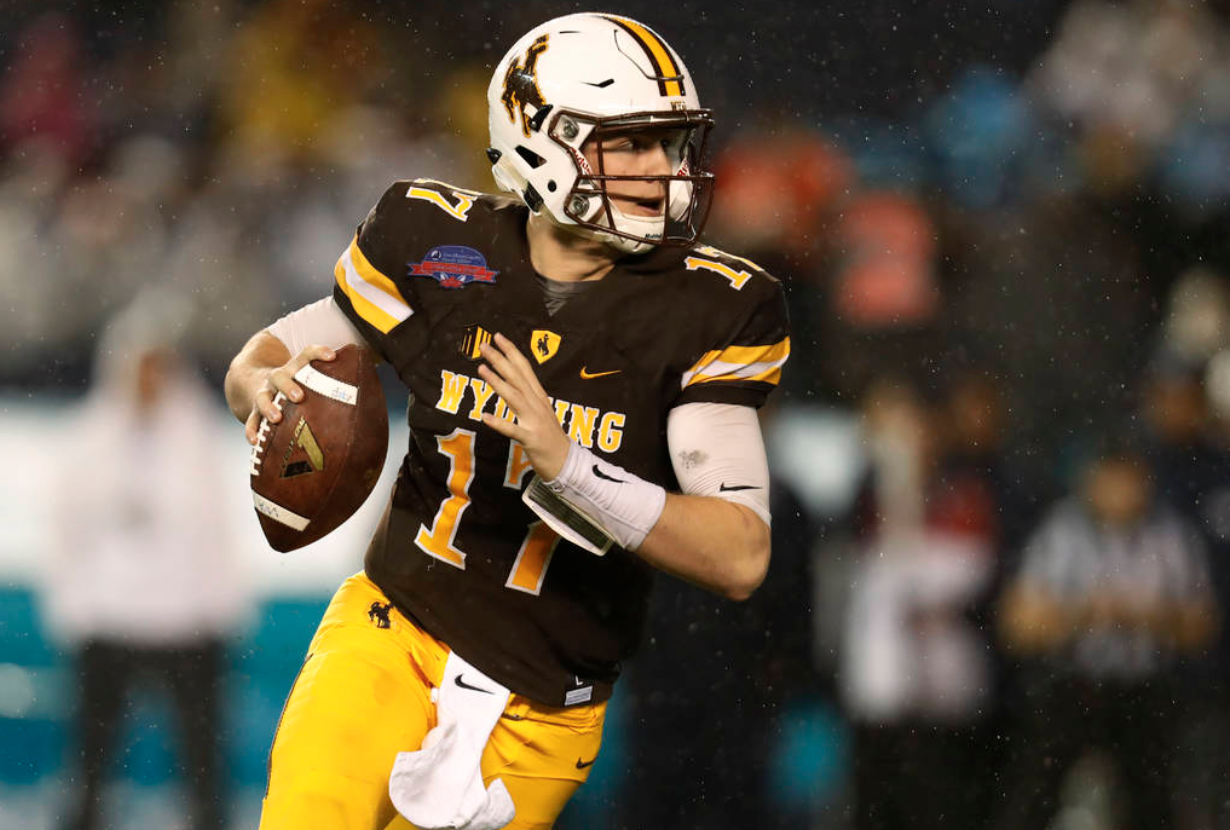 Wyoming quarterback Josh Allen is going out on top, it seems.

Allen, who led his team to a 37-14 victory over Central Michigan in Friday’s Famous Idaho Potato Bowl, made it clear that he will be declaring for the 2018 NFL Draft after the win.

The Wyoming quarterback spoke to ESPN reporter Alex Corddry on the field after the game, and that’s when he revealed his big plans for the future.

“What’s next for you?” Corddry asked Allen.

“I will be declaring for the 2018 NFL Draft,” Allen said, which elicited cheers from fans.

Allen turned in an efficient performance in the game, completing 11 of 19 passes for 154 yards. He wasn’t asked to do too much, as his team jumped out to a 21-7 lead after the first quarter. Most importantly, though, Allen threw three touchdowns passes and did not turn the football over. He managed the game well, and finished his college football career with a win.