Your Morning Dump... Where Brad's not worried about fouls 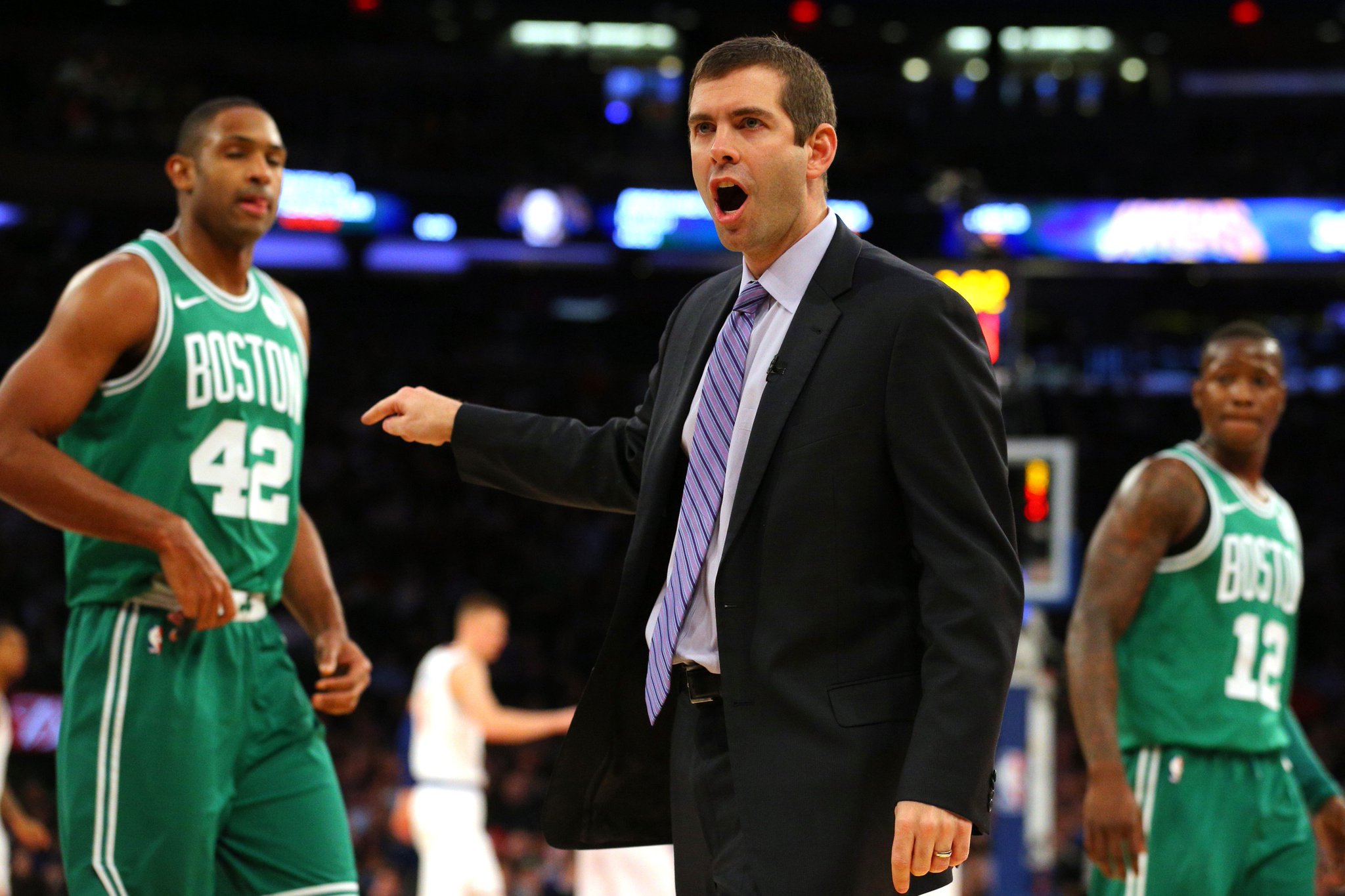 Your Morning Dump... Where Brad's not worried about fouls

“You know it’s funny, I think every time you go to a clinic or a retreat, my favorite thing are when people start questioning the norm,” he said. “And I remember hearing Jeff Van Gundy talk about this a long time ago. Jeff said, sometimes as coaches, we take people out because we don’t want to get criticized for not taking them out. And I think that that’s something that’s probably true to an extent. Mine goes back more to like, I just think you can break a rhythm of a player if you bring him in and out of a game.”

Ok, let me preface this by saying that sober reflection and hindsight should tell Stevens that leaving an irate Horford in the game after he drew his fifth foul on a dubious call was perhaps not the best decision.

However, this is one of the reasons why Stevens is able to get more out of his players than other coaches.

Other coaches will routinely yank players when they’re in ‘foul trouble’, and while the pretext is always “We need him later in the game”, the subtext is basically, ‘this guy’s too dumb to keep from fouling again’ or ‘this guy will be afraid to play good defense now that he has (X) fouls.’

In either case there’s a subtle undercurrent which implies that the guy who plays basketball for a living does not know how to properly play basketball, and that the coach needs to effectively protect the player and the rest of the team from his own incompetence.

And there is, as JVG points out, an element of coaching CYA that goes with following coaching norms even when one can’t honestly explain all of the logic behind them (viz: the two point conversion chart).

Page 2: Where the bench is a problem

When their bench has been reduced to four rookies — Semi Ojeleye, Abdel Nader, Daniel Theis, and Guerschon Yabusele — and a third-year player in Terry Rozier, it’s time for a boost in support. As the Celtics wait for Marcus Morris’s left knee to get healthy, their bench is suffering mightily.

The Celtics’ reserves were 7-for-23 shooting in Thursday’s loss to the Knicks. Meanwhile, Beasley made 13 field goals by himself and took major pressure off the Knicks’ starters, who combined for 46 points for the game.

Gary Washburn basically calling for the Celtics to pick up some bench scoring somehow. I guess he’s paid to write and he has to write something, but I for one don’t see it.

Yes, there’s truth in the statistics he cites, but what options are out there?

Washburn offers up a few lukewarm prospects and mentions the disabled player exception, and I’m left wondering why would the Celtics pursue any of these moves? They are getting pummeled by the schedule and by injuries, with little hope for letup over the next two weeks.

I’m not seeing a reason why a team that was not expected to contend for a championship should make some iffy deal in order to get over a bumpy patch in the schedule just because they won a ton of games earlier. If anything, it should remind us what this team is capable of once it gets its feet back under it.

Hammon, who broke barriers by when the San Antonio Spurs hired her as the first full-time female NBA assistant coach in 2014, was an All-American at Colorado State and led the Rams to the Sweet 16 in 1999. She became the school’s and Western Athletic Conference’s all-time leading scorer with 2,740 points and set several other Colorado State record including assists (538) and 3-pointers made (365). She was inducted into the school’s Sports Hall of Fame in 2004 and had her No. 25 retired the following year.

Heineman appears as a direct elect nominee, under the Contributor Committee Nomination category. He is joined in his category by other basketball notables such as Jim Valvano, Marv Albert, Johnny “Red” Kerr, and Donnie Walsh as people who have had a major impact on the sport both on and off the court, and at various levels of competition.

Becky Hammon, born and raised in Rapid City, SD, seems like a shoo-in. If the same criteria are used by voters for both men and women, she should be in on the first ballot.

Greg Heineman? That seems like a long shot. The Skyforce are interesting; they are legitimately older than several NBA teams, and Heineman managed to keep the Skyforce afloat through two collapses of the league they were in and a months long stint in the IBL (whatever that was), before getting them a more or less permanent home in the DLeague. But keeping a minor league franchise relevant for dang near 30 years doesn’t seem, well, a HOF caliber achievement, even if it is something.