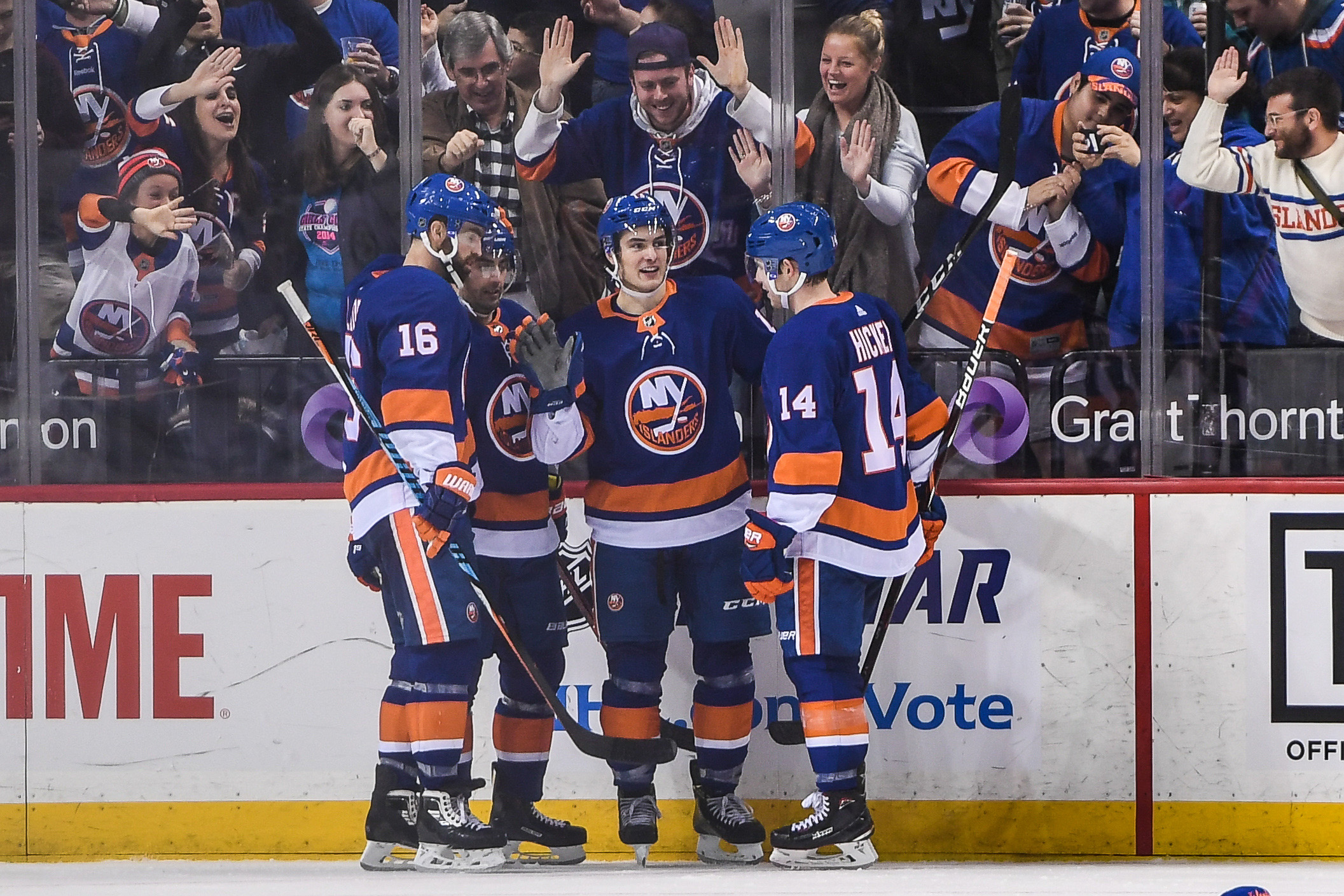 NEW YORK –– It was the Christmas gift that Islander fans got that they didn’t even know they wanted.

Anders Lee and Anthony Beauvillier also scored for the Islanders and Jaroslav Halak made 38 saves on 40 shots.

The three-goal effort was the latest feat for Mathew Barzal, who has made a name for himself in his rookie season with the Islanders. The 20-year-old forward became the 11th rookie in Islanders’ history to score a hat trick and Barzal is the youngest Islander player to score a hat trick since John Tavares did it on January 15, 2011.

The Islanders already had a 1-0 lead when Barzal recorded his first goal of the game. Jordan Eberle set up his linemate in front of the net for a quick tip-in goal.

He would score again before the first period was over when banked a shot off a defenseman’s skate from behind the net to give the Islanders a 3-1 lead. The Islanders rookie completed the hat trick with his third-period goal, again coming off a pass from Eberle.

The Isles’ forward quickly fed Barzal in the slot to put New York ahead 4-1.

Beauvillier gave the Islanders some more cushioning with his third goal of the year at 15:01 of the third period. John Tavares was credited with an assist on the play and extended his point streak to seven games.

Tucker Poolman and Adam Lowery scored the only goals for Winnipeg.

Lee’s first-period goal come on the power play less than two minutes into the game. The goal came from down low, where has scored a number of goals this season.

1. At this point, nothing that Mathew Barzal does should surprise anyone, so when he scored his career hat trick in the NHL no one should be shocked. As the season’s progressed, the Calder chatter around Barzal has grown louder and louder. His three-goal afternoon will only bolster the talk as Barzal moves into second among rookie goal scorers and remains atop rookie points getters.

As for the milestone on Saturday, Barzal was taking a moment to enjoy it but not without crediting the guys around him for the success.

“It was an all-around effort with my linemates tonight,” Barzal said. “Ebs gave me a couple great passes and obviously Ladder winning battles. It’s just awesome to get that chemistry going and to get a win.”

2. “He’s a smart player. I think his biggest attributes are his speed and he’s able to turn on a dime. Keep continues speed, a lot of players can’t do that. He creates some space for himself that way and he brings a lot of guys to him. Gives Ladd and I space, and tonight he showed he can finish. That’s something that an all-around player needs.” — Jordan Eberle on Barzal

Heading into the Christmas break there are only two other players in the NHL with more goals than Lee. Alex Ovechkin with 23 goals and Nikita Kucherov with 24.

4. The Islanders got a solid performance out of Jaroslav Halak against a rather high scoring team in the Winnipeg Jets. Halak came away with surrendering just two goals on Saturday afternoon and finished the game with a .950 save percentage. That’s no small task considering the Jets are averaging 3.24 goals a game and the Islander are averaging 3.50 goals against per game.

It likely helped that the Islanders played a much better game defensively than they have recently. The second and third opportunities were far and few between, which helped Halak.

“I think we all knew we had a couple weird games in a row,” Halak said. “We just needed to look at the vide, look at where the goals were coming from and learn from it. We just, as a group, it’s not gonna happen all the time, but we want to keep them on the outside as much as we can. Don’t give them the easy chances from the middle.”