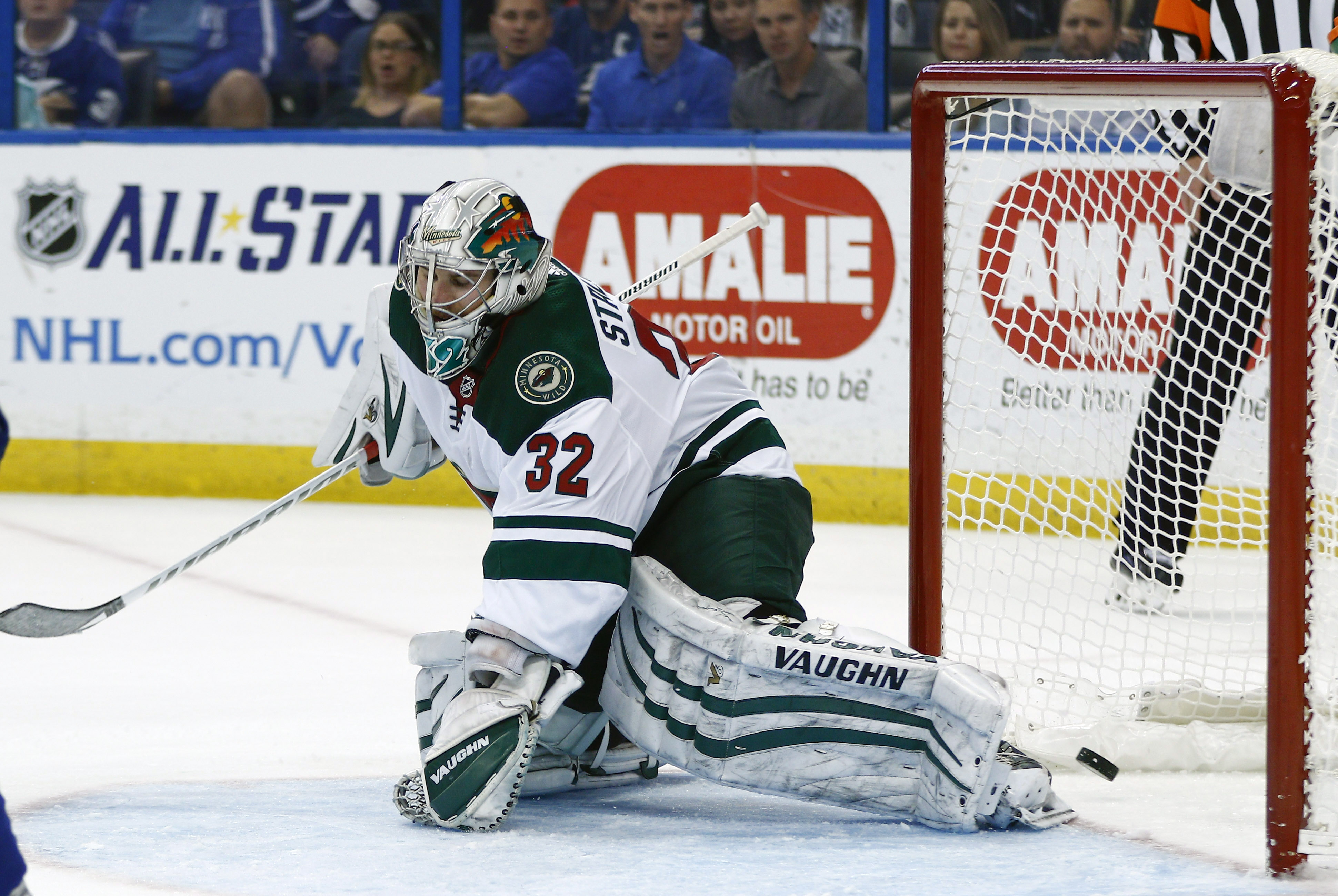 Happy Holidays to all of you reading this right now.  We wish you all safe travels and good company during the holidays.  There is little doubt the players are probably looking forward to the rare, league wide 3-day respite from hockey.  You can be sure that as much as the players try to focus on this last game prior to the break, that in the back of their mind is returning home to see family.  I know on Friday, the last day of school before ‘Winter break’ with the students being more than a little stir crazy you can’t help but hope time goes a little faster before you lose your mind.

Yet, the game is important.  After losing in disappointing fashion to the Florida Panthers the previous night, and with their ‘hockey dads’ in attendance the team will want to finish its Florida road trip on a positive note.  One small snag in that plan is having to play the best team in the Eastern Conference in the Tampa Bay Lightning.  Absolutely loaded offensively and strong defensively the Wild will have to dig deep in order to give the fans across the State of Hockey one last win before Christmas.  Will the Wild give the fans that gift now or will we have to wait until after the break?

Game Thoughts:  Normally I analyze the game period by period.  I had a kids hockey game to go watch in White Bear Lake during the Wild game so I waited until Sunday night to finally watch the game.  I didn’t know the score and have avoided Twitter all day so I could watch the game without any preconceived notions.  Enough about that…onto the game.

The Wild looked disorganized throughout most of the 1st period and it seemed as though the game was on the verge of becoming a rout right away as the Lightning were getting all kinds of quality scoring chances.  Alex Stalock was looking like he was having to go post-to-post repeatedly as Minnesota just couldn’t seem to skate with Tampa’s collection of quick forwards.  Nikita Kucherov, Steven Stamkos and Vladislav Namestnikov line appeared to be dangerous on nearly every shift.  Some members of the team seemed to be ‘coasting’ into the break and I’m going to get into a bit of a rant.

Ryan Suter had a garbage game.  Lazy, foolish penalties that put his team down 3 times tonight.  He started with a lazy holding and an interference penalty in the 1st and then continued it with two stupid slashes to Tyler Johnson in the 3rd.  He complained but they were pointless, no matter how loosely Johnson may have been holding his stick.  Suter doesn’t move his feet enough and will he ever be held accountable for it by reduced playing time?  Nope.

Another player who I felt was mostly a liability on the ice was Mikko Koivu.  While I’ve admitted I’m not a big fan of his, his lack of speed and his inability to even assist the club in generating offense is becoming a bigger and bigger problem as the coaching staff continues to juggle and contort lines hoping to get him going offensively.  Sure, the team needs him to produce, but now he’s not even setting up his teammates for chances and all too often he’s too slow to pucks and lacks the wheels to get back defensively.  On the game winning goal, it was Koivu who was caught sleeping as Dan Girardi pinched for the back door tap in tally late in the 3rd.  Koivu was watching the puck and the lapse of focus proved to be costly.

For many of the same reasons as Mikko Koivu is a liability, the same is true of Marcus Foligno.  His lack of wheels also makes him a liability to any line he’s on and whether its just skittish-ness from his broken jaw, he’s not throwing his body out there and if he’s not going to do that then we’re not getting much of anything out of him.  The Lightning don’t have any wrecking ball like forwards on their team and they caused all kinds of havoc as Minnesota strained to stay with them.  I saw Chris Stewart throwing his body around a bit, but Foligno seems to be pretty peaceful bull on skates.

The few players who I felt played pretty well this evening were Nate Prosser who I felt did a great job on the penalty kill.  I also thought Mikael Granlund and Tyler Ennis were again fairly pesky in the offensive zone on the power play but for whatever reason the Wild went away from that combination in the latter half of the game which I felt was a big mistake.  On the flip side offensively, Jason Zucker handled the puck like a live hand grenade all game long and he was a complete non-factor.  He seems to be hurt because he didn’t have that burst of speed he normally does in order to separate from defenders.  Zucker was his own worst enemy as his puckhandling gaffes squandered at least two potential scoring chances.

And of course the Wild’s best player tonight was Alex Stalock.  Stalock had a number of fine saves and really kept the Wild in the game far longer than they should’ve been given how much they were being outworked by the Lightning.  The former South St. Paul Packer was pretty mad at himself on the Tyler Johnson snipe just a minute after Girardi’s tap in goal but he wasn’t giving Johnson much of a window to work with.  Kudos for being upset and caring, but the game was already over at that point with the first goal.

Joel Eriksson Ek gets a stick tap for me for his effort this evening, both on the penalty kill but on his shifts in general where he had very little support.  It would be nice to see him get some time on the power play.  While I’ve always been a fan of Zack Mitchell, Eriksson Ek is a more skilled player and one I believe could benefit more from power play time than a guy who you normally slot in your bottom 6 like Mitchell is.

Iowa would get out to fast start as Sam Anas continues to light the lamp as he buried backhander off a nice pass from Justin Kloos just past the 6 minute mark of the game.  The first was mostly a defensive battle as both clubs were wary of giving up prime scoring opportunities.  The Griffins would tie the game in the 2nd as Matt Lorito beat C.J. Motte on a small backhander that ramped off of his defeneman.  Motte, has been carrying the mail since the call up of Steve Michalek to the Minnesota Wild and injury to Niklas Svedberg.  The game would stay knotted at 1 throughout most of the 3rd until Kloos redirected an Alex Grant shot from the point giving Iowa a 2-1 advantage.  Unfortunately it would be short-lived as former Badgers star Matt Ford lit the lamp with under two minutes left in regulation to send the game to overtime and eventually a shootout.  In the shootout Anas would strike but Ben Street connected for the Griffins sending the shootout to sudden death.  After a shootout tally by Kyle Rau the Griffins answered with one of their own.  Pat Cannone was denied by Jared Coreau and Dominic Turgeon found the twine to give Grand Rapids a 3-2 shootout victory.  C.J. Motte had 29 saves in the loss.

G – Kaapo Kahkonen (Lukko Rauma, Sm-Liiga) ~ two seasons ago, Kahkonen helped Finland win gold at the U-20 World Junior Championship.  His development has taken time, but he seems to be flourishing in Finland’s top league.  He has a 13-13 record with a stingy 1.83 goals against average and a .933% save percentage with 4 shutouts on the season.