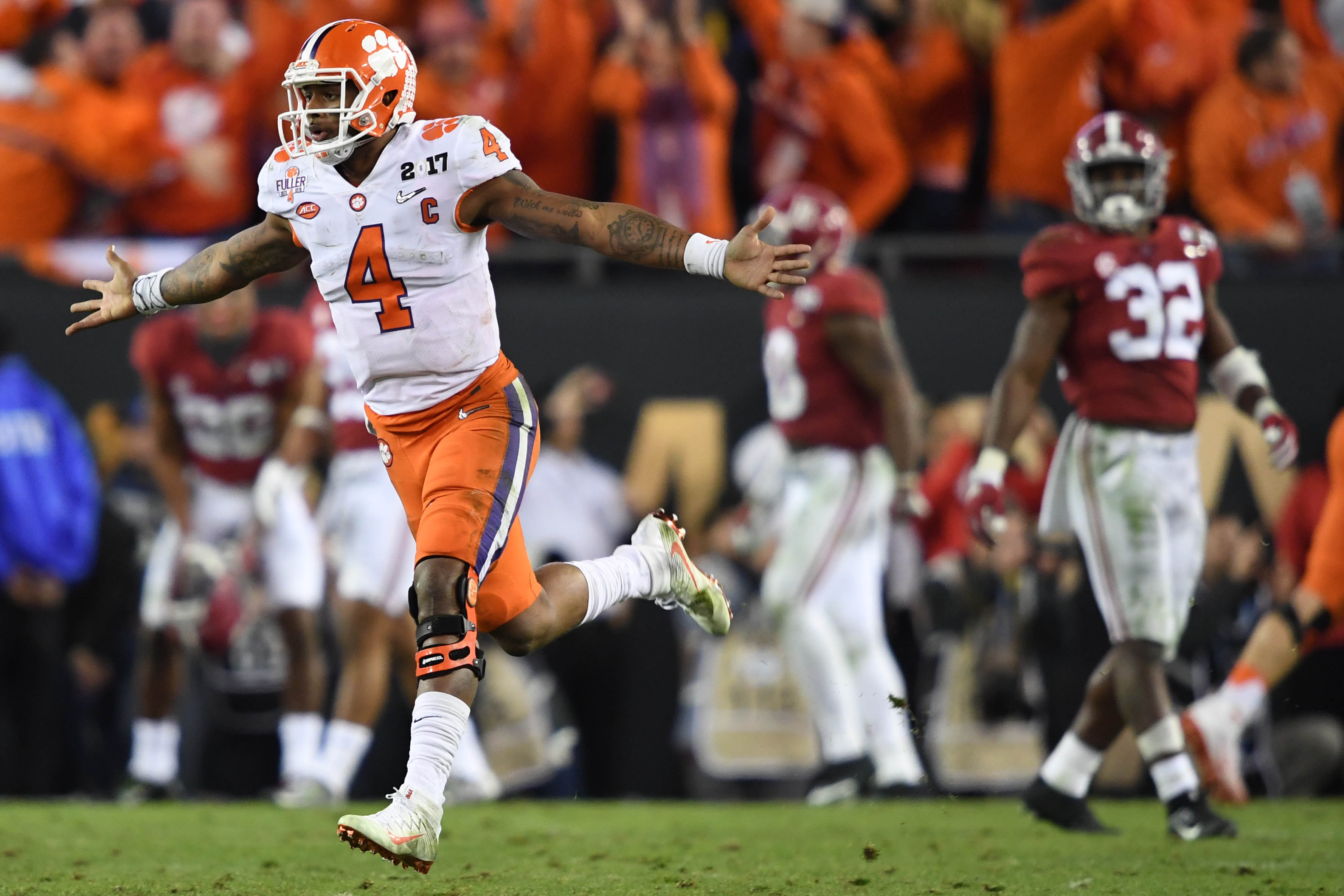 Going into the 2017 College Football Playoff National Championship game, many had the Roll Tide rolling right over Clemson on their way to their second-straight national title. Going into the fourth quarter, many still believed that it was Alabama’s game to win. Quarterback Deshaun Watson and the Clemson Tigers had other plans.

Reeling off their 2016 loss on the same stage, Clemson looked to be headed towards a similar fate down 10 with just 15 minutes left to play. Three plays into the fourth quarter however, Watson got the comeback started, throwing a four-yard touchdown pass to Mike Williams.

After much of the quarter flew by, Clemson finally took the lead with a one-yard touchdown run by Wayne Gallman, putting the Tigers up 28-24.

With a little over two minutes left in the game, the seemingly more poised Alabama delivered what many thought would be the final dagger to seal the victory when quarterback Jalen Hurts broke out for a 30-yard touchdown run.

The next two minutes of the game would be perhaps the most thrilling stretch of the entire college football season. Clemson took the field with 2:01 left, and would eventually convert a 3rd & 3 with a Watson pass to Hunter Renfrow. On the next play, Watson found Jordan Leggett for a completion to the Crimson Tide’s nine yard line.

Two plays later, the Tigers found themselves needing to score as the clock read 0:06, marking it their final attempt at glory. Glory would surely prevail as Watson and Renfrow connected for the touchdown, sending the entire stadium into a frenzy.

One onside kick and Watson kneel-down later, and Clemson would go on to come back and win one of the most exciting games college football fans have ever witnessed on the biggest stage possible.

Join up tomorrow for our top sports stories of the year as we look at a match seemingly made in heaven coming to a bitter end.