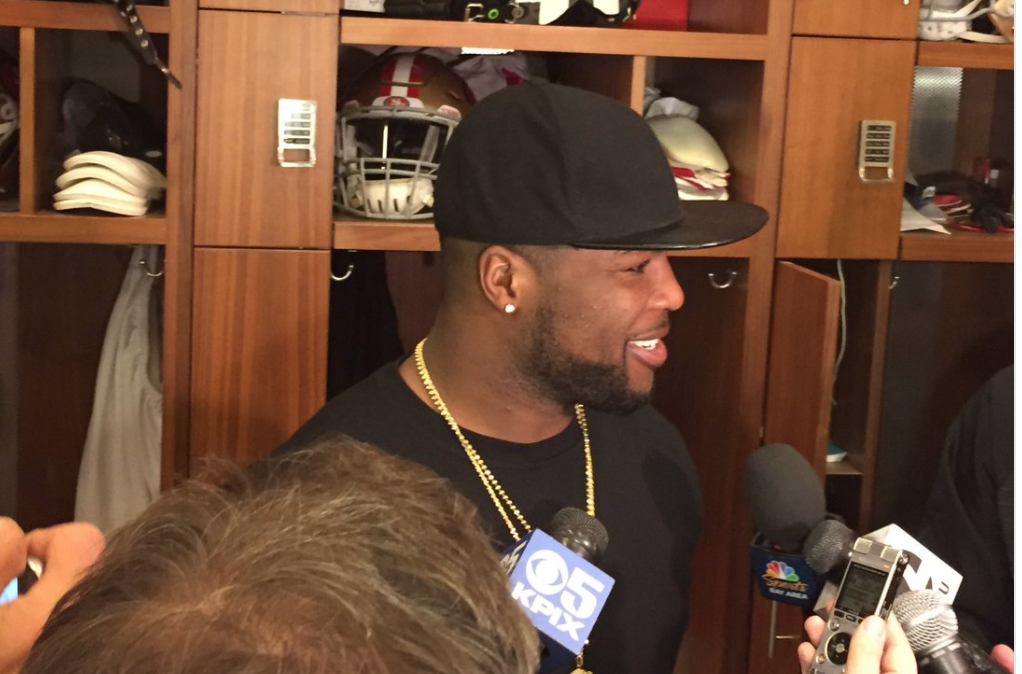 The 49ers are 4-0 since quarterback Jimmy Garoppolo was named the team’s starter, and his teammates are beginning to buy into what he and the coaching staff bring to the table.

Niners running back Carlos Hyde sure seems to be a believer, and apparently has high hopes for next season. He spoke to reporters after Sunday’s win over the Jaguars, and made a bold claim regarding the team’s 2018 campaign.

“Minus our record, we’re a really good football team,” Hyde said, via Cam Inman of the Bay Area News Group. “Next year we’re going to win the Super Bowl.”

Hyde, an impending free agent, was then asked if he wants to leave San Francisco and join another squad in the offseason.

“I feel we’ve got a chance to go the Super Bowl next year and I don’t want to go to another team,” he said.

Garoppolo, however, pumped the brakes on Hyde’s bold claim when asked about it, and stated that the team is just getting ready to face the Rams in their regular-season finale.

“I’ll have to talk to him about that,” he said, via a video posted by KGMZ 95.7 The Game. “We’re dealing with the Rams next week and then we’ll look at everything else after that.”

Carlos Hyde on expectations for 2018 based on how 2017 has finished, “Next year we’re going to the Super Bowl.”

Jimmy Garoppolo on Hyde saying that, “I’ll have to talk to him about that. We’re dealing w/the Rams next week and then we’ll look at everything else after that.” pic.twitter.com/xQMpGGOIHj

It’s great to see Hyde is remaining optimistic about both his future and the team’s 2018 outlook, but the 49ers might want to set their sights on a more attainable goal for next season — like clinching a playoff berth, for example.

Garoppolo gives the team hope for the future, and there are a lot of reasons for both 49ers players and fans to be excited, but the team still appears to have a long way to go until they’re labeled a legitimate contender.