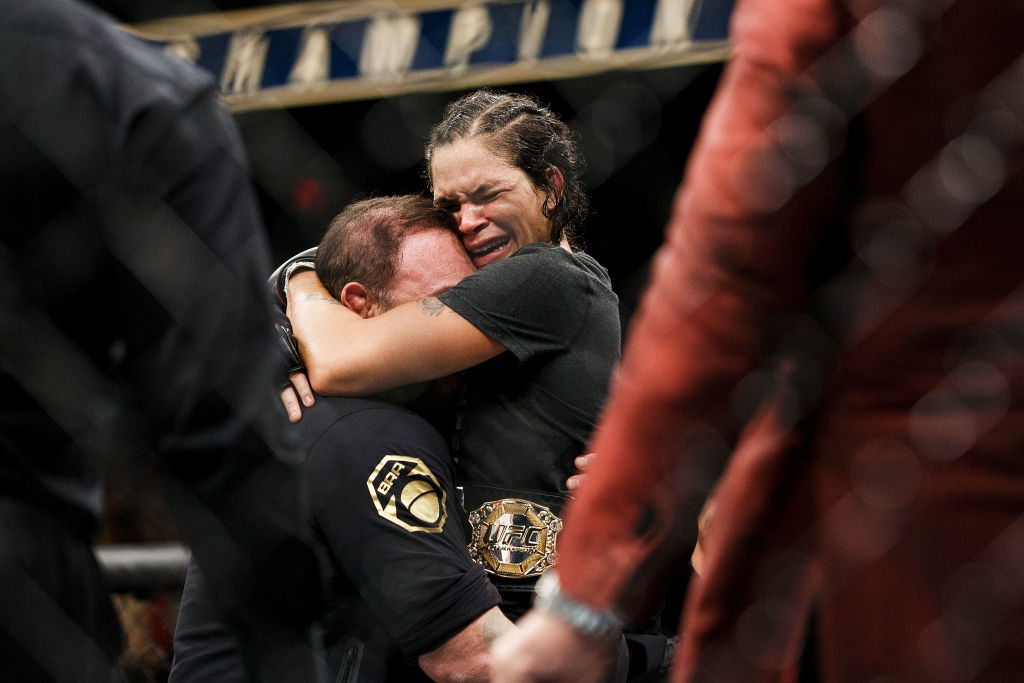 MELBOURNE, AUSTRALIA – NOVEMBER 15: (L-R) Holly Holm lands a left-high kick against Ronda Rousey in the second round of their UFC women’s bantamweight championship bout during the UFC 193 event at Etihad Stadium on November 15, 2015 in Melbourne, Australia. (Photo by Josh Hedges/Zuffa LLC/Zuffa LLC via Getty Images)

Check back Friday for our women’s flyweight/strawweight rankings