With The Pelicans 109-94 Win Over Miami They Win Two Straight, Could Be 4 With Upcoming Scheldule 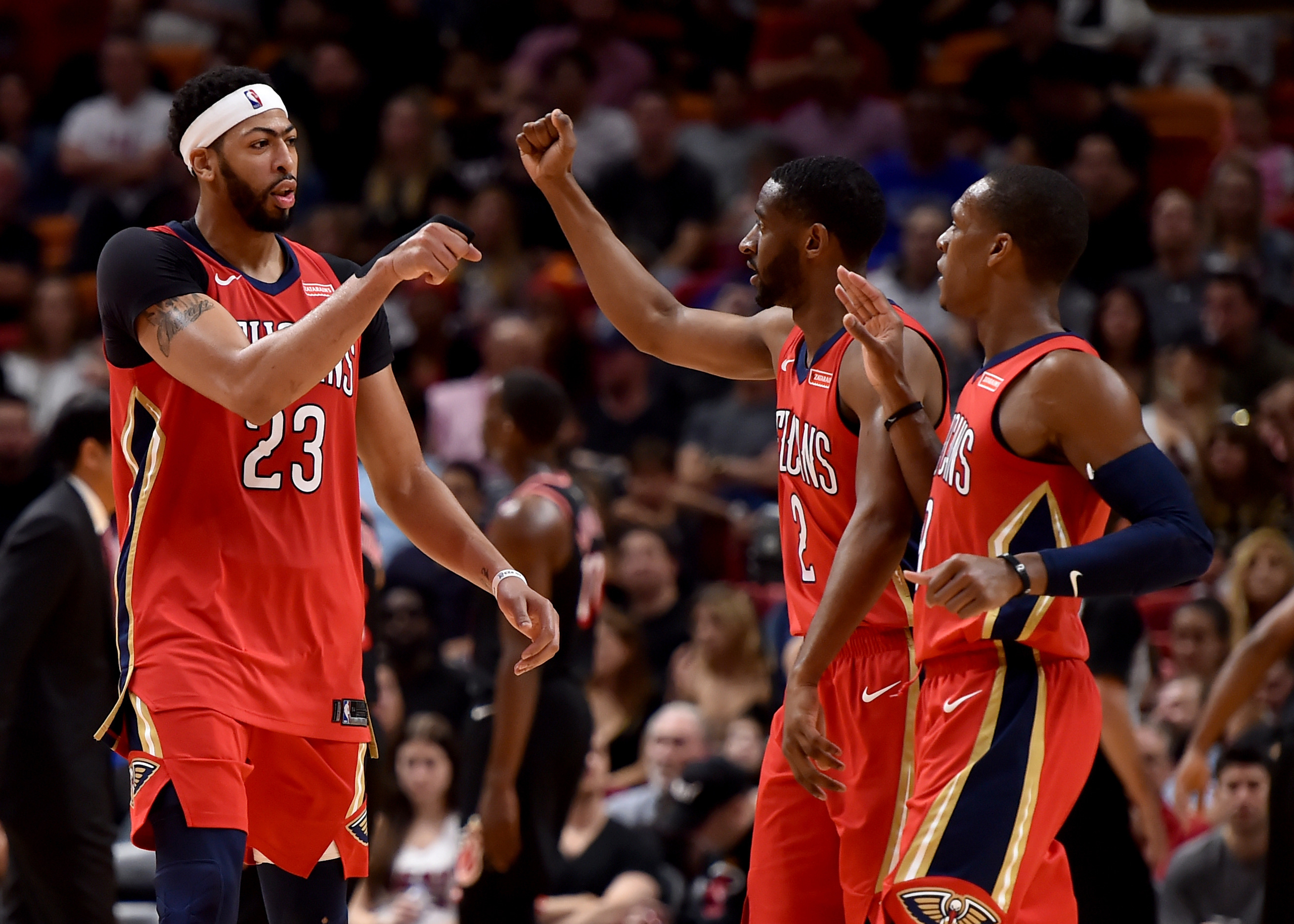 With The Pelicans 109-94 Win Over Miami They Win Two Straight, Could Be 4 With Upcoming Scheldule

The New Orleans Pelicans knocked off the Miami Heat In Miami 109-94. This game for the most part was totally in the hands of New Orleans, who seem to actually are playing better defense as of late. The Pelicans shooting continue to be a very solid 53% from the field & a magnificent 60% from 3 point land versus Miami. The Pells continued to circulate the ball with 27 assists & kept the turnovers down with 15.

The Pelicans bench contributed in a major fashion to lighten the load on the starters scoring 43 points led by guard Ian Clark’s 19. New Orleans had 6 Pelicans in double figures as far as scoring goes & it was a very simple win for the team.

The Pelicans win 2 of 4 on that 4 game road trip & now head back home with a favorable schedule ahead for them to build wins on. The Pells next 3 games are all at home against the likes of:

I do realize that New Orleans is a 8-7 home team but this stretch of games could put the Pelicans on the right path heading into 2018. If the Pells do not start winning more games & playing better as a team this will invite more Anthony Davis trade rumors & DeMarcus Cousins could begin to waver in his decision to remain in New Orleans despite reports to the opposite. The current regime of Al Gentry & VP/GM Dell Demps jobs are on the line if this team doesn’t improve & stops playing the middling style of ball we’ve been watching.

Now is most certainly the time for the New Orleans Pelicans to dig in & put together a nice string of wins to bring the new year in on.