Nate Sudfeld could play against Dallas 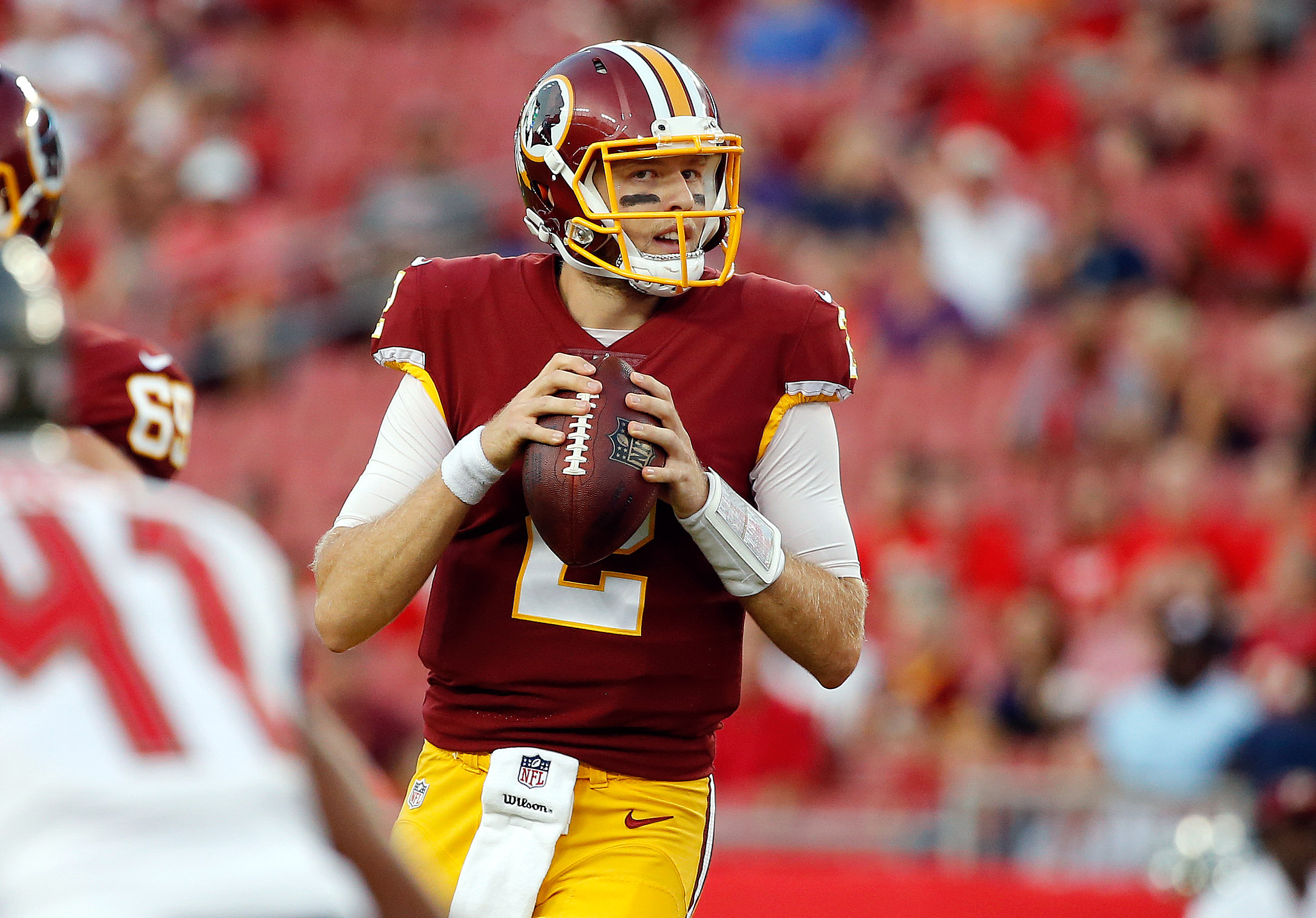 Nate Sudfeld could play against Dallas

After Monday night’s game, where the Philadelphia Eagles held on to defeat the Oakland Raiders 19-10 to clinch home-field advantage throughout the playoffs. Eagles head coach Doug Pederson addressed the team’s quarterback situation stating that current starting quarterback Nick Foles would have to play some on Sunday.

Foles did not have a great game against the Raiders, after looking flawless against the New York Giants the week prior.

Against Oakland, Foles only completed 50 percent of his passes for 163 yards, a touchdown, and an interception. The veteran quarterback looked off and certainly needs to play against Dallas.

On Tuesday, at his day-after press conference, Pederson reiterated his point about Foles having to play on and wanting to see new backup quarterback Nate Sudfeld get some snaps.

“You’d love to hopefully get him some time in there, Pederson said via PFT in regards to Sudfeld. We haven’t really seen him in an Eagles uniform take snaps under center outside of practice. Yeah, it would be good to get him some time.”

The Eagles signed the former Redskins’ sixth-round pick to their 10-man practice squad back on Sept.3. The team then proceeded to promote the young signal caller to the 53-man roster on Nov. 1, after another team wanted his services.

For all intents and purposes, Sudfeld should see some playing time on Sunday as the Eagles cannot risk Foles suffering an injury. Even though he played poorly on Monday night, Foles just needs a half to correct his mistakes.

Week 17 in the NFL is historically used to see what you have in your young players and gives them a chance to get meaningful reps.