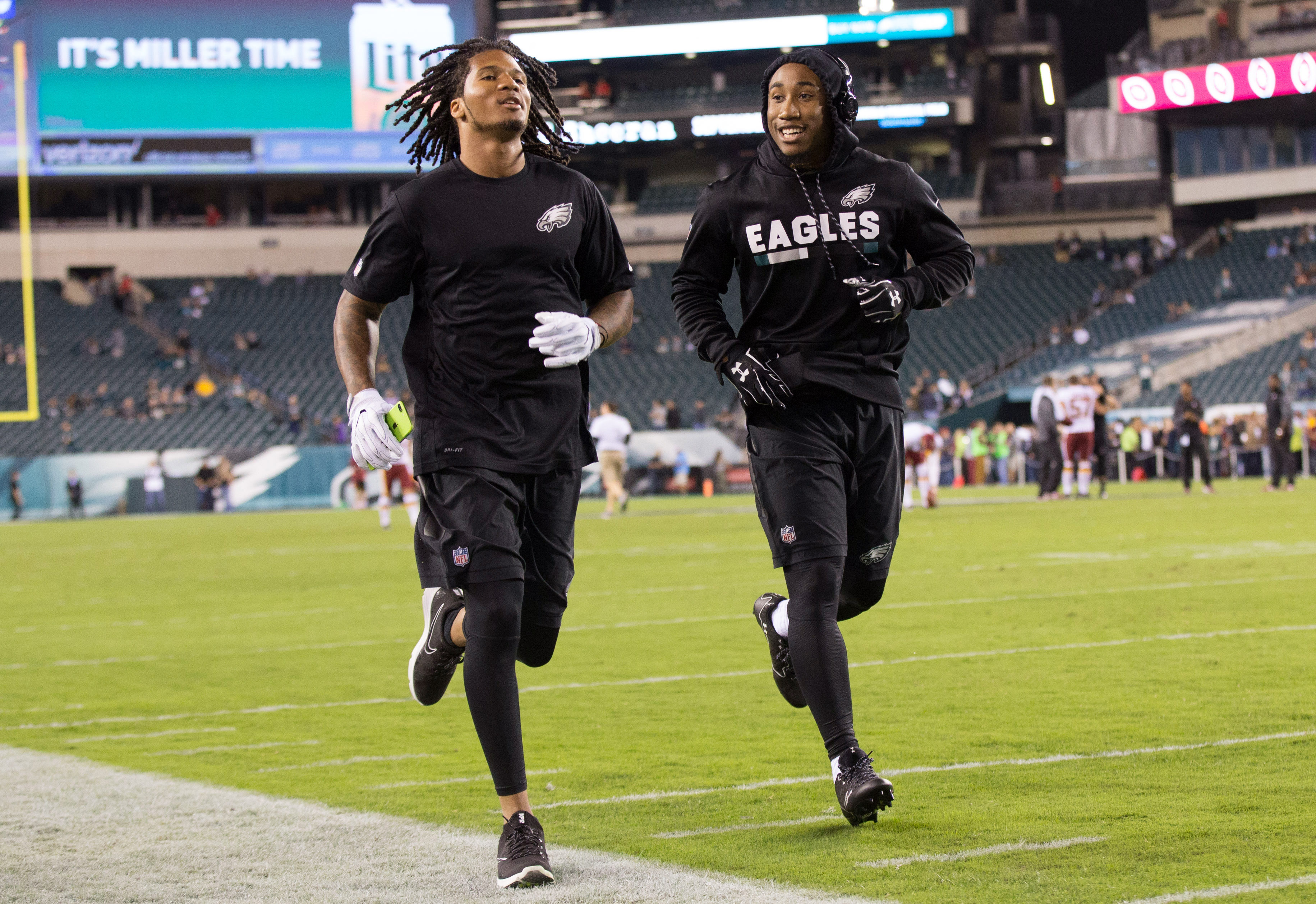 A couple of weeks ago, Philadelphia Eagles’ second-round pick cornerback Sidney Jones participated in first NFL practice after 10 months of rehab. Jones, who was projected to be a first-round pick in this past spring’s NFL draft, ruptured his Achilles at his pro-day at the University of Washington on March 11.

Since then, the former Univ. of Washington standout has practiced with the team over the last few weeks.

However, Jones’ practice time is winding up as this week the Eagles have a tough decision to make. They either have to add him to the 53-man roster or place him on injured reserve.

On Tuesday, Eagles head coach Doug Pederson addressed the topic of Jones possibly joining the 53-man roster in time for this week’s matchup against the Dallas Cowboys.

“That’s one of the spots we’ll have to take a look at this week,” Pederson said via Philly.com. “See where he’s at physically. I know football, he’s healthy and all that, but listen, he hasn’t taken a hit in a long time, too. It’ll be day-to-day. I want to see where he’s at at the end of the week.”

If the Eagles do decide to activate Jones to the 53-man roster, they would have cut someone in the process. But as Pederson mentioned, it’s been a long time since Jones played in an actual game.

Nevertheless, adding Jones to the secondary for this week and into the postseason would give them a boost. Despite the speculation heading into this season about their play, the cornerbacks have admirably held their own.

Jalen Mills has stepped up big time in his second year, Ronald Darby and Patrick Robinson have been great acquisitions, and this year’s third-round pick Rasul Douglas has shown glimpses of what the future holds for him.

The Eagles’ secondary should be in good shape for years to come and this Sunday’s game could give them a chance to see if their second-round pick is ready for 2018.