Redskins over the Broncos in smart Tweets. Is Cousins a keeper yet? Or Doctson? 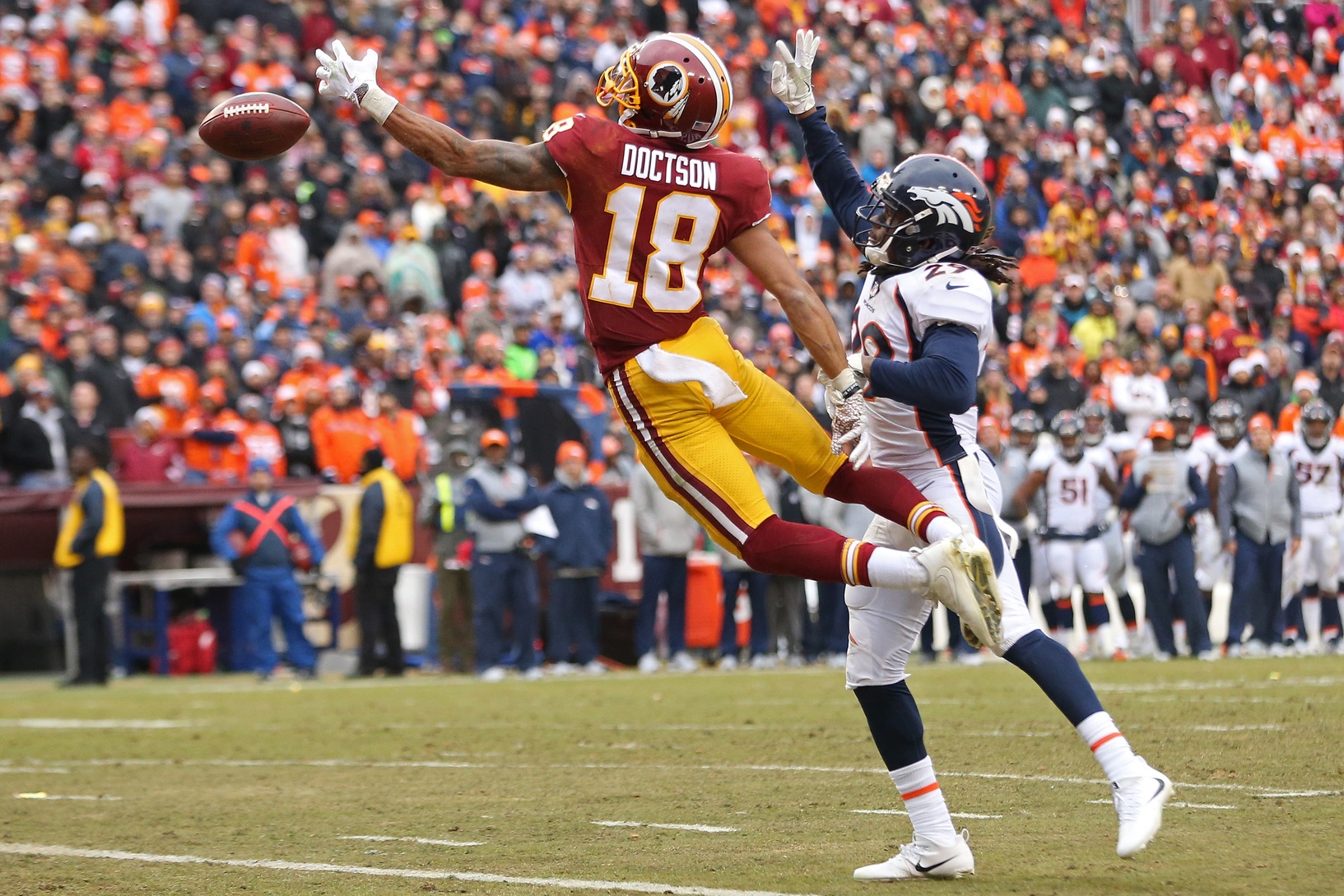 Redskins over the Broncos in smart Tweets. Is Cousins a keeper yet? Or Doctson?

Kirk Cousins is 6th in the league in touchdowns. Considering the number of injuries for the #Redskins, that's remarkable.https://t.co/EE2NCic8DR pic.twitter.com/0uStmSwstv

The #Redskins’ scoring dropped by five points/game after Chris Thompson went out with a broken fibula. The good news is that he’ll be good to in 2018. https://t.co/n9KFtoyzjT pic.twitter.com/4F1KnsgFwB

It’s all in how you look at it I guess.

Absurd and yet encouraging, sad and yet true: win over #Broncos means #Redskins will go without at least 10 losses in each of three straight seasons for the first time since 1999-2002.

Redskins have a shot at eight wins w/ 52 million on IR and the worst schedule in the NFL, per Football Outsiders.

If that isn't being on the wrong side of variance then idk what is.

There is a segment of the fanbase that won’t accept Kirk no matter what.

People get mad when you say you don’t want Kirk Cousins back for the #Redskins. Guess I just don’t want to drop a large contract on a guy who has led this team to a mediocre-to-bad last 3 seasons. Blame injuries & dropped passes & bad luck all you want, their record is what it is

They are a minority, but very vocal. Hog Heaven suspects that two of them sit in the front office. Fan outrage will be volcanic if Kirk leaves. Bruce Allen and Daniel Snyder know it.

Full disclosure: Hog Heaven is a Spartans grad who has followed Kirk’s career since 2009. We never doubted his ability to grow in the role.

The team’s theory for the season was way off.

The run game was never adequate. Rob Kelley and Samaje Perine flashed potential. Neither of them can be compared to Clinton Portis, a second-round Draft pick (Denver) in 2002.

The Redskins 2017 Draft picks were OLB Ryan Anderson (Second), CB Fabian Moreau (Third), RB Perine and S Montae Nicholson (Fourth). Little complaint about that. Defense was a needed point of emphasis. Perine was never intended to start so soon. But, how did the Chiefs know to pick Hunt?

The lead wide receivers were never adequate. Terrelle Pryor is a bust. We are inclined to give him another shot in this system. Jay Gruden’s patience with Ryan Grant seemingly to paid off yesterday with critical receptions. Why not stick with Pryor through training camp?

Josh Doctson is developing too slowly for a first-round pick. Yesterday, he caught two of the 13 passes thrown to him. One went for a spectacular score. (Yay!) On the season, he caught 33 of 75 targets, way too low for an NFL starter. Guess you could say Kirk Cousins failed to elevate Doctson’s play. (Snark)

Cousins’ play is the most certain thing about the Redskins offense. Yet, his future here is most in doubt.

Have to mention how well the @Redskins offensive line played against Denver. OL Coach Bill Callahan has done a wonderful job this year shuffling the unit because of injuries week after week. pic.twitter.com/WTkNHVUUCc

Thank You, Redskins, for the win at home the Day before Christmas. #HTTR 😀