These Tweets Put The Ridiculousness of Rickey Henderson Into Perspective 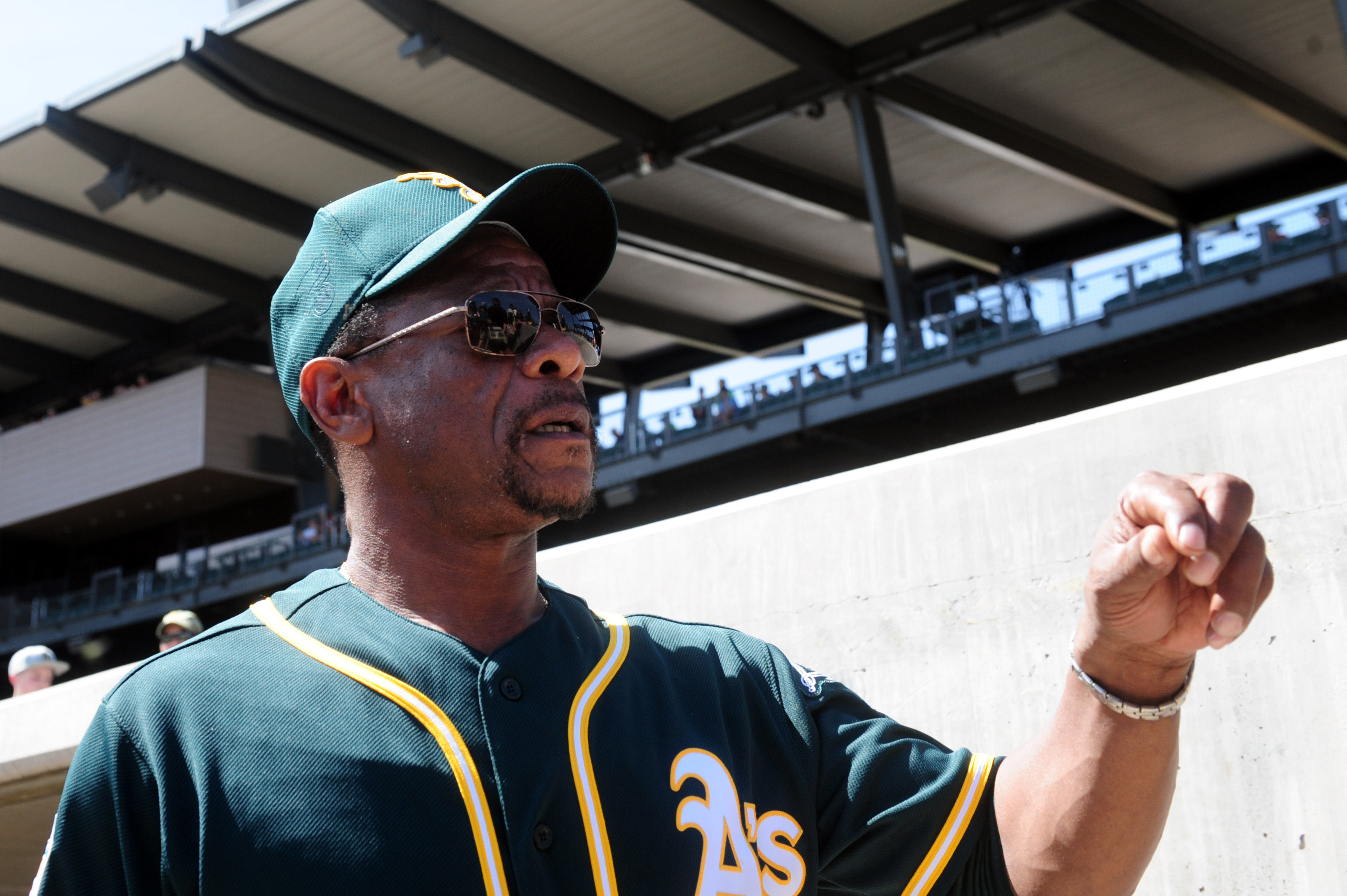 These Tweets Put The Ridiculousness of Rickey Henderson Into Perspective

It’s hard for many people not to first think of Christmas Day when someone talks about December 25th. However, a lot of other important stuff has also happened on that day.

You know, like Baseball Hall of Famer Rickey Henderson celebrating his own birth. The 25-year MLB veteran just finished celebrating his 59th birthday, and while we don’t exactly know how the former — yet always colorful — leadoff hitter went about enjoying his special day, there was only one true way for us baseball fans to honor him, and that’s by drooling over the stats he produced.

It’s always more helpful when someone else does the researching and shares some incredible stats, like Ryan Spaeder (@theaceofspaeder on the Twitter machine) did Monday. Most of us are aware of the crazy cumulative stats Henderson owns  — he’s currently the all-time leader in both stolen bases (1,406) and runs scored (2,295) while racking up 3,055 hits and drawing 2,190 walks (second only to Barry Bonds‘ 2,558) — but those gaudy numbers makes it easy to forget exactly how elite he was on a season-by-season basis.

Henderson’s power/speed combo was unmatched by anyone out of the leadoff spot during his time. The following series of three tweets also puts any debate of that (if there ever was one) to bed.

Rickey Henderson had three seasons with at least 20 home runs and 65 stolen bases.

The other 19,182 players in baseball history combined have two.

Rickey Henderson had two seasons with at least 20 home runs and 80 stolen bases.

The other 19,182 players in baseball history combined have just one season with even 15 home runs and 75 stolen bases.

The other 19,182 players in baseball history combined have zero. pic.twitter.com/GVNu4jV1tS

Man, this is just bonkers. Being in the Hall of Fame already puts him among the elite, but stats like this put him in the next tier of elite. And although his entire career is an impressive body of work, it was the early part that helped it be a no-brainer decision in 2009 to gain election into the Hall by garnering nearly 95% of the vote.

So, December 25th is a day to do a lot of things (most of them being related to Christmas), but it’s the perfect time to take a quick step back and appreciate how ridiculous Rickey Henderson was as a pro ballplayer.