Gameday 38: The Gift of Hockey 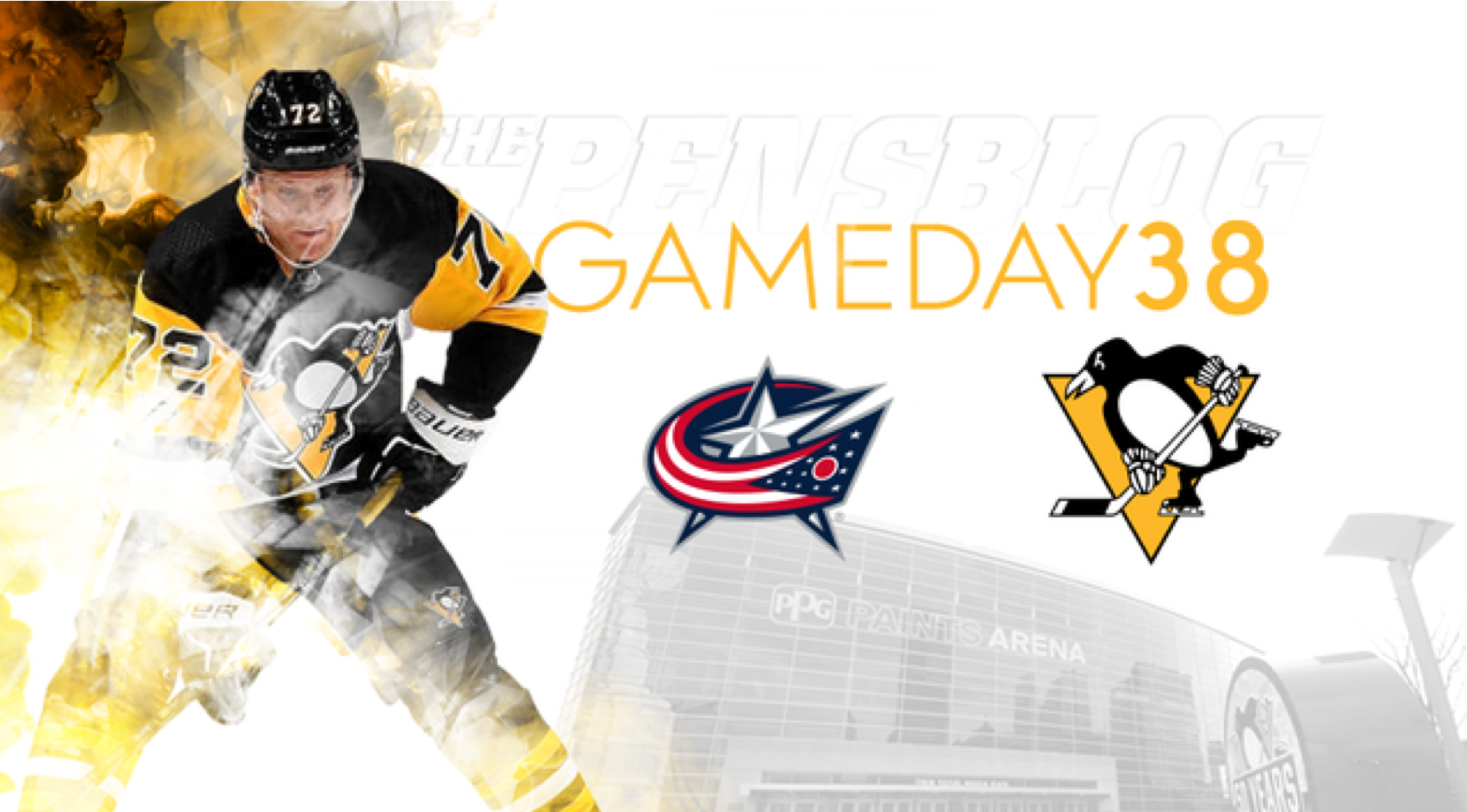 Gameday 38: The Gift of Hockey

The Penguins are back in action tonight following their Christmas break, a break that was full of analysis, trade rumors, and speculation. Fortunately for the Penguins James Harrison turning heel stole the spotlight so the 4-0 drubbing by the Ducks on the 23rd now feels like years ago. Unfortunately for the Penguins they have to welcome the Philadelphia Flyers 2.0 into the arena tonight. Really strange to play a division opponent twice in one week with both games taking place in the same city. The last time these two teams met we saw Crosby, Malkin and Letang all scrum it up, a performance that left GM Jim Rutherford frustrated as he finally realized that he could have an entire line of Ryan Reaveses and it wouldn’t matter. Now the Blue Jackets come back to town to avenge their shootout loss from last week, and Columbus only knows one way to avenge losses and that is by playing even grittier.

In their previous meeting the Penguins responded well to the style of play Columbus dished out as they were able to fight off their offensive woes and get the game to overtime. I’m only saying this so I have a reason to post this again:

I want this gif embedded on a shirt so that I can wear it everyday for the rest of my life. Two days after this dominance the New York Post decided Crosby is dead again, which my boy Peep broke down here. Every time someone decides to gear up the strength to spill Crosby fueled diarrhea into the press he responds by getting his stats back to his baseline, a baseline that is leaps and bounds above any player those journalists generally cover. Jesse Marshall already outlined how Crosby is playing some of his best hockey over at The Athletic, the puck just isn’t going in. If it starts to fall Sids way, and history over his career tells us winter is indeed coming and it is not an if but a when, then look out.

The Blue Jackets were apparently not on Santa’s good list as they were hit with two injury reports yesterday listing Cam Atkinson (broken foot) and Alexander Wennberg (back) both out of the lineup for 4 to 6 weeks. These two join an injured reserve that already supports Brandon Dubinsky, Ryan Murray and Zack Werenski, leaving Johnnie Torts with a depleted group heading into January. Fortunately for the Blue Jags their January schedule features 10 games, only 4 are against playoff contenders, and 2 of those 4 are the Stars. The Jackets recalled forwards Tyler Motte, Jordan Schroeder, and Sunny Milano as well as defenseman Dean Kukan. I put Motte in twice, one of which is a placeholder for one of the call-ups to take, this will most likely be Milano but I don’t care enough about the Jackets to try and find out.

For the Pens I used the list of forwards they used in their last game as well as the defense that I feel they will probably use tonight. On my other site I wrote a midseason report and made a case for a Hagelin-Sheahan-Rust third line based on some schmancy stats, you can check it out here if you want to forget about work for awhile. That being said even before I went into the numbers I was not a fan of Kessel with Sheahan and that remains. I understand Sullivan attempting to mix things up, and in my opinion the best way to mix things up with Kessel and Malkin would be with the addition of aniel-day prong-say. In training camp Sprong played the left wing on that line. Yes, the team felt he had some attitude issues and they have been “teaching him a lesson” by keeping him in the AHL, but the team also has a needs some wins issues that might be higher up on the scale of importance.

Multiple sources have reported that the Penguins were on the brink of another trade before the roster freeze stopped them. Now there are reports that it is a major trade that may happen as soon as the freeze is listed. It is no secret that if the Penguins are attempting to land a third line center that will help the team Conor Sheary is the odd man out and for good reason, he has 2 cups on his resume and is under a good contract that would be enticing for teams. Put Sheary and Cole together and suddenly the team has a decent package that they can begin to tweak. For that reason I’m featuring the little guy here, because there is a chance that this could be the last time you see him in a Penguins jersey.

As the injuries add up for Columbus more and more responsibility (see: hope) is put on Panarin’s shoulders. He was the most noticeable player in the previous meeting between these two teams for the Jackets, and will once again be the one the team looks to tonight. Last season I never thought to myself, “Rad, don’t forget to mention Saad and how the Pens need to cover him,” because alone Brandon Saad is not much of a threat. Panarin on the other hand is a dynamic player who can quickly change the flow of a game. He is better than Saad, Chicago is stupid.

The Penguins looked like complete trash against Anaheim on the 23rd. They have had three full days off with friends and family to completely forget about the first half of the season. Tonight is game 38, there are still more games remaining than games that have been played. Regardless of a pending trade the Penguins need to start getting to the style of play that we’ve become familiar with, and honestly there isn’t anything better than a division rival after a break to get you there. Of course, we all felt that following the win over Columbus that a spark was lit, but then the Ducks took that hope away. Tonight the Penguins need to get to their game, grind these bitches down, and start playing with the type of grit that got your ass to work yesterday despite the hangover.