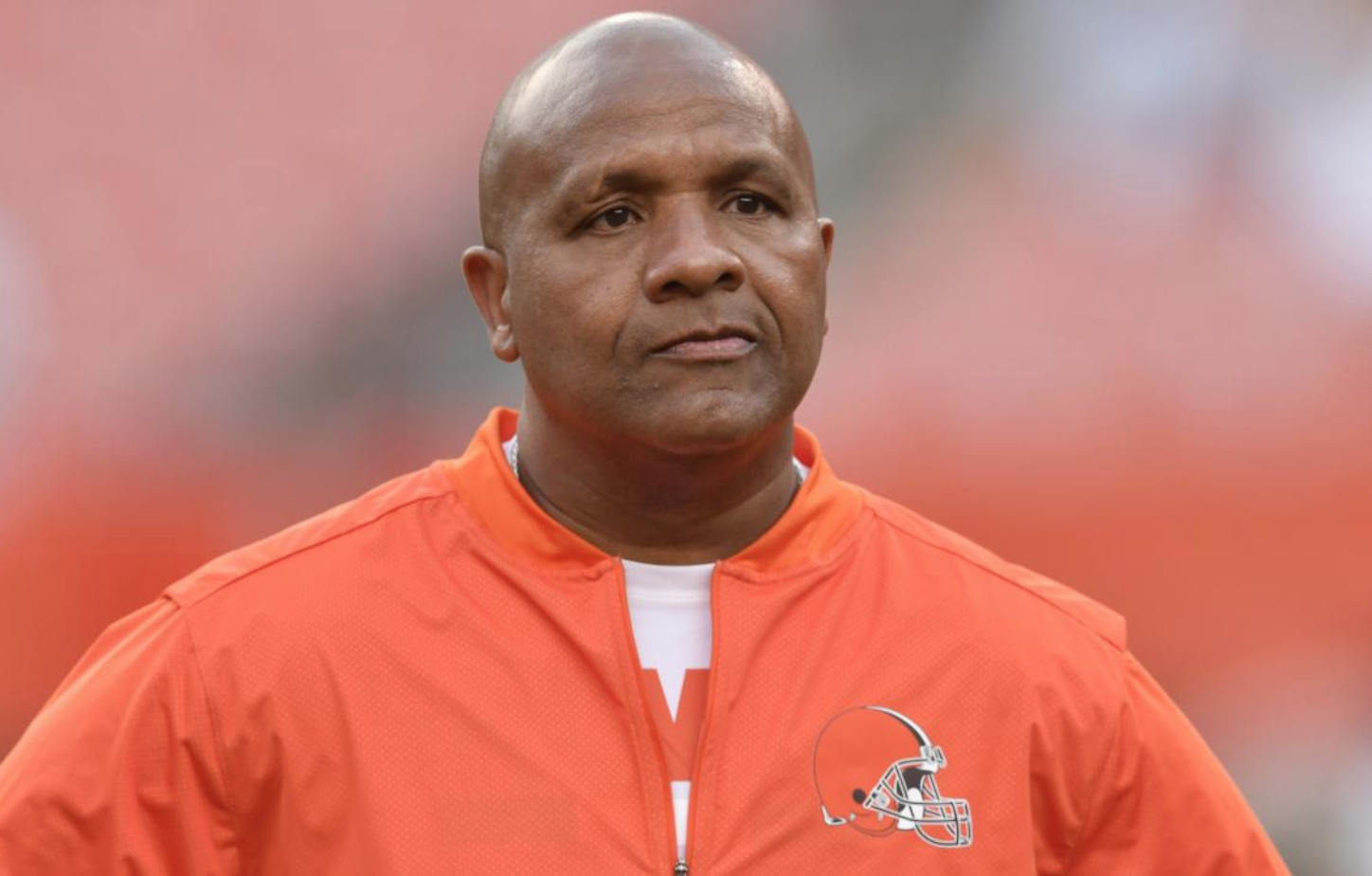 The temperature in Cleveland, Ohio isn’t projected to rise above 20 degrees for the next week, and that’s bad news for Browns head coach Hue Jackson.

Jackson once made a promise during his end of season press conference to close out the 2016 season, and stated that the team wouldn’t go 1-15 again in 2017. The Browns coach added that if the team did go 1-15, he would swim in Lake Erie.

Well, here we stand, with the Browns currently 0-15, and highly unlikely to beat the Steelers on Sunday. Either way, there’s no way the team can eclipse the one win it garnered last season, which means it’s time for Jackson to take the plunge, and he’s not shying away from it.

Jackson spoke to reporters about it on Wednesday, and confirmed that he will indeed be jumping into Lake Erie in the near future.

“So how many people are jumping in the lake with me?” Jackson said, via Mary Kay Cabot of the Cleveland Plain Dealer. “Obviously I’ve got to get wet. I get it. I can pick a day and get everyone out there, we’ll all be in swimsuits and trunks and snorkels and all that.”

It’s still unclear as to exactly when the polar bear plunge is going to happen, but the Browns head coach did say he hopes to get a number of people to attend.

“I’m going to do it at my convenience, there’s no doubt about that, and hopefully I can get a lot of people to come out,” Jackson said.

The best part about the spectacle is that it will be for a good cause, to benefit The Hue Jackson Foundation, which works to end human trafficking.

“It’d be something that we’re going to make special,” he said. “I don’t like it, don’t like to do it for the reason why I’m having to do it, but I have to make do on my word. I just think that’s what you do. I do get that. I made a statement, I gotta back it up. That’s the type of person I am, so that’s what we have to do.”

It’s great that Jackson is making good on his promise, and even better that it’ll benefit a worthy cause.

As for how Browns fans feel about it, this might end up being the high point of the 2017 season.