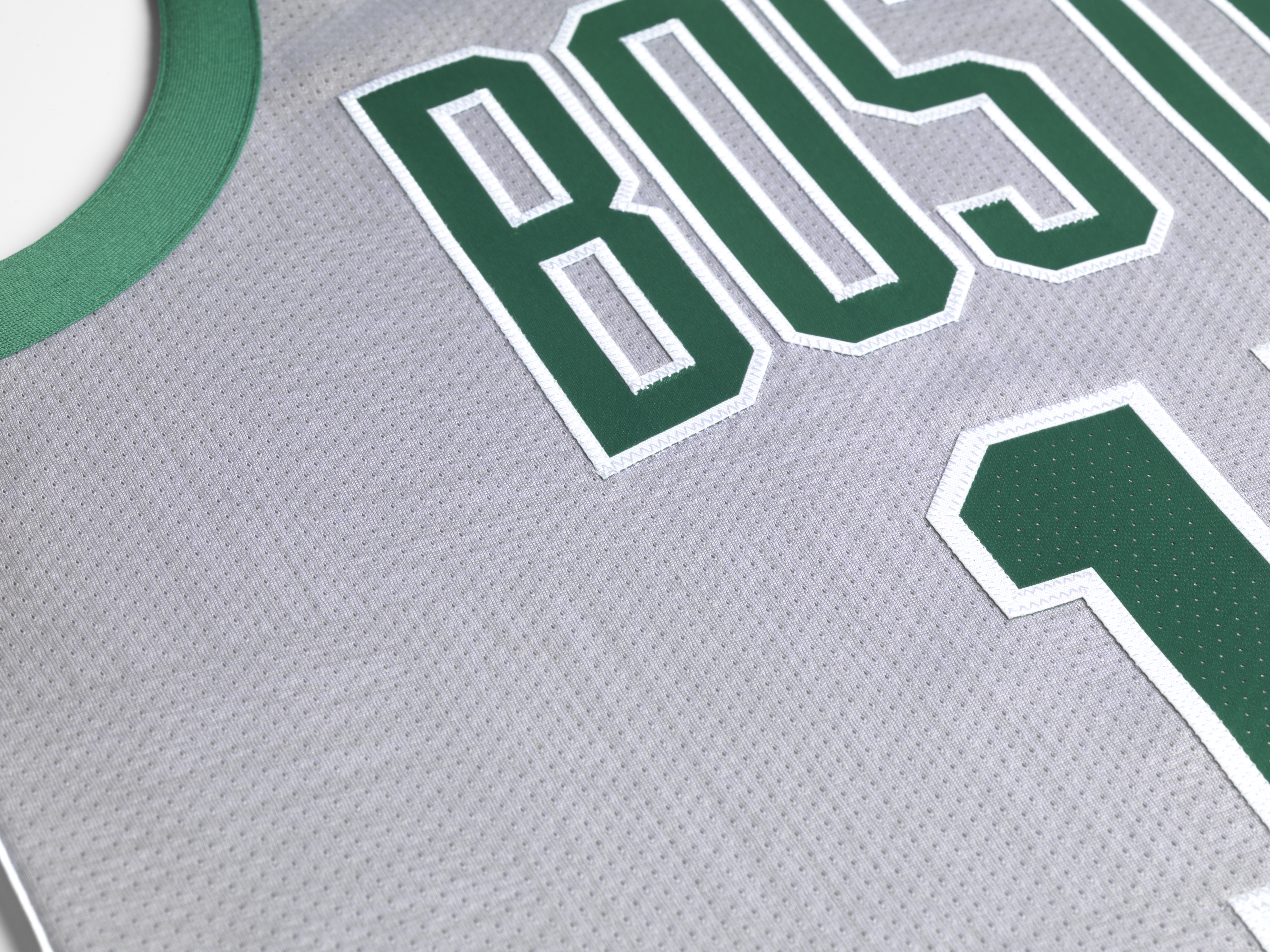 Nike officially unveiled the league’s “City Edition” uniforms, and as the leaks have shown, the grey is back.

With 17 NBA titles, the Boston Celtics own more championships than any other team in the league. Whether led by one of the game’s most dominant big men, a sharp shooting “legend,” or a clutch scorer who always told the “truth,” the Boston Celtics define the word dynasty (the winning ways began in 1957). While Boston teams have had different leaders, all of the franchise’s success has occurred on its famous parquet floor — now as recognizable a Celtic symbol as the club’s green and white color palette.

The Celtics City Edition uniform pays tribute to this unique hardwood floor and the man credited with starting the dynasty, Red Auerbach. The belt buckle is accentuated with the iconic banner design to match the crowded TD Garden rafters and highlights the Celtics’ most recent NBA Championship in 2008. Gray, the color of unity, was incorporated in the uniform to signify the large regional fan base spread across New England that rallies behind the Celtics year in and out.

And if you hate them… there’s good news there too:

All 30 teams in the NBA will get a new City Edition uniform every year, with influences coming from a myriad of places, but always focused on the fans and city that support them. As you will see from the full lineup below, each team’s uniform honors an important part of their lineage.

So there will be a new “City Edition” next season. If you hate these, just suffer though them for a few games and see what they come up with next season.

Here’s a gallery from Nike with all the up-close details. I like Red’s signature and our most recent banner on the belt: