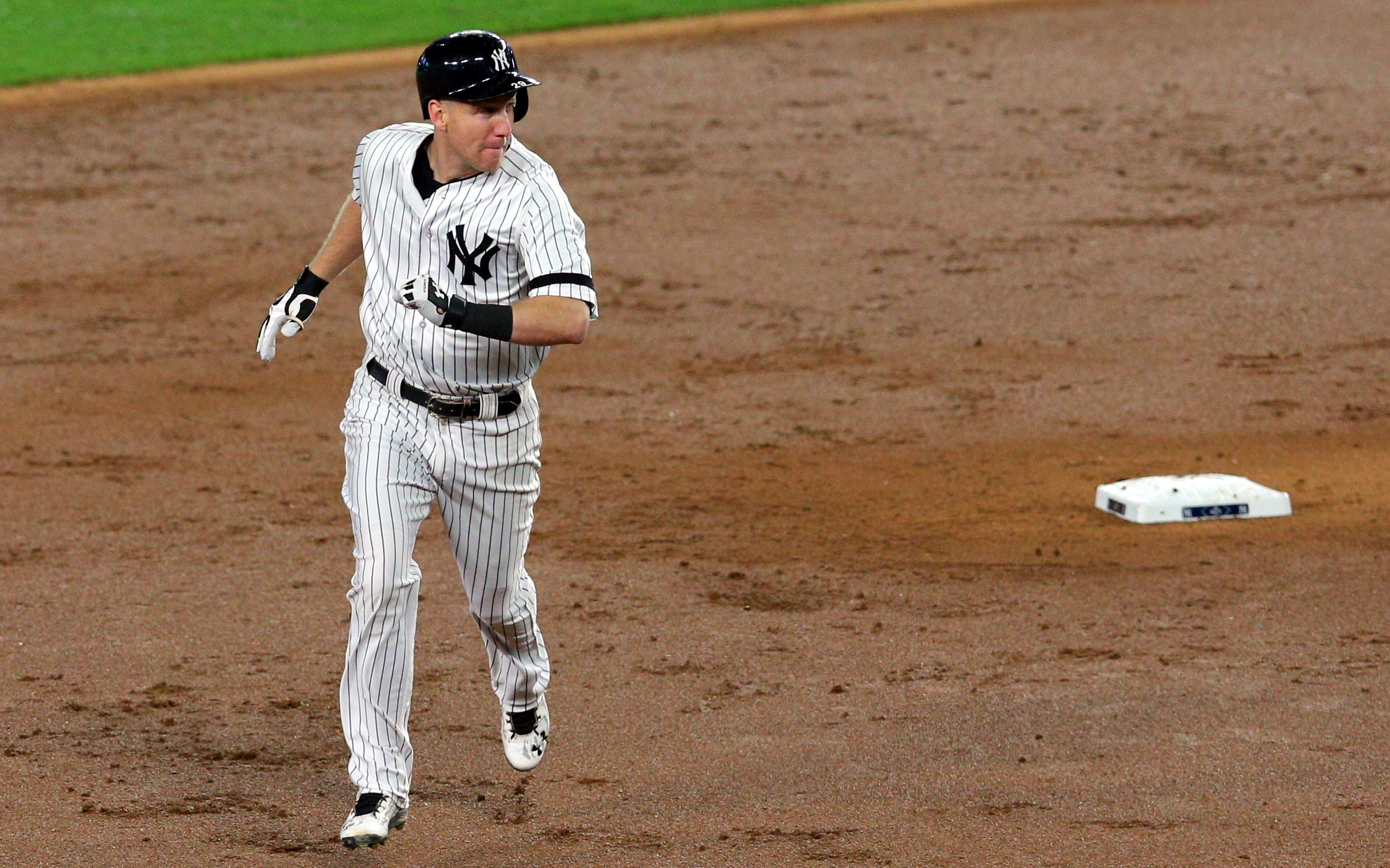 The New York Mets have been looking to upgrade their infield this winter, but they haven’t been able to accomplish anything so far. The closest the Mets came was putting together a solid offer for Ian Kinsler, but Kinsler used his no trade clause to force a trade to the Los Angeles Angels instead. As the Mets’ second base options appear to be costly to acquire in trades, one option they could pursue is shifting Asdrubal Cabrera to second and pursuing a third baseman. One name to watch in this regard is former Yankee Todd Frazier, who Nick Cafardo of the Boston Globe reports could be a fallback option for the Mets later in the winter.

Frazier, who batted .213 with 27 homers and 76 RBI’s between the Yankees and Chicago White Sox this season, is a New Jersey native who reportedly wants to stay close to home. A reunion with the Yankees is a strong possibility, especially since the Yankees just traded away Chase Headley to create salary flexibility, but the Mets would also fit his criteria. Frazier has been pitching himself to teams as a versatile player who can play third, first, the corner outfield, and even second base. Cafardo notes that the Braves, Red Sox, and Padres could also check in on Frazier if he’s still on the free agent market in a few weeks.

If the Mets are looking to conserve their limited dollars and prospects, going after Frazier would be a good value for them. Frazier can play multiple positions, and the Mets have potential needs at all of the spots he can play. Signing Frazier would also give the Mets a right handed slugger in the middle of their order, something their team really needs after losing a ton of power after the trade deadline last season. The Mets could also use Frazier’s leadership qualities, another area that is lacking when David Wright isn’t around the ballclub. The big question will come down to dollars, and specifically how much the Wilpons will let Sandy Alderson spend to improve his team. Frazier likely won’t need to settle for a one year deal, so the Mets will have to actually pay up to land a quality player like him.