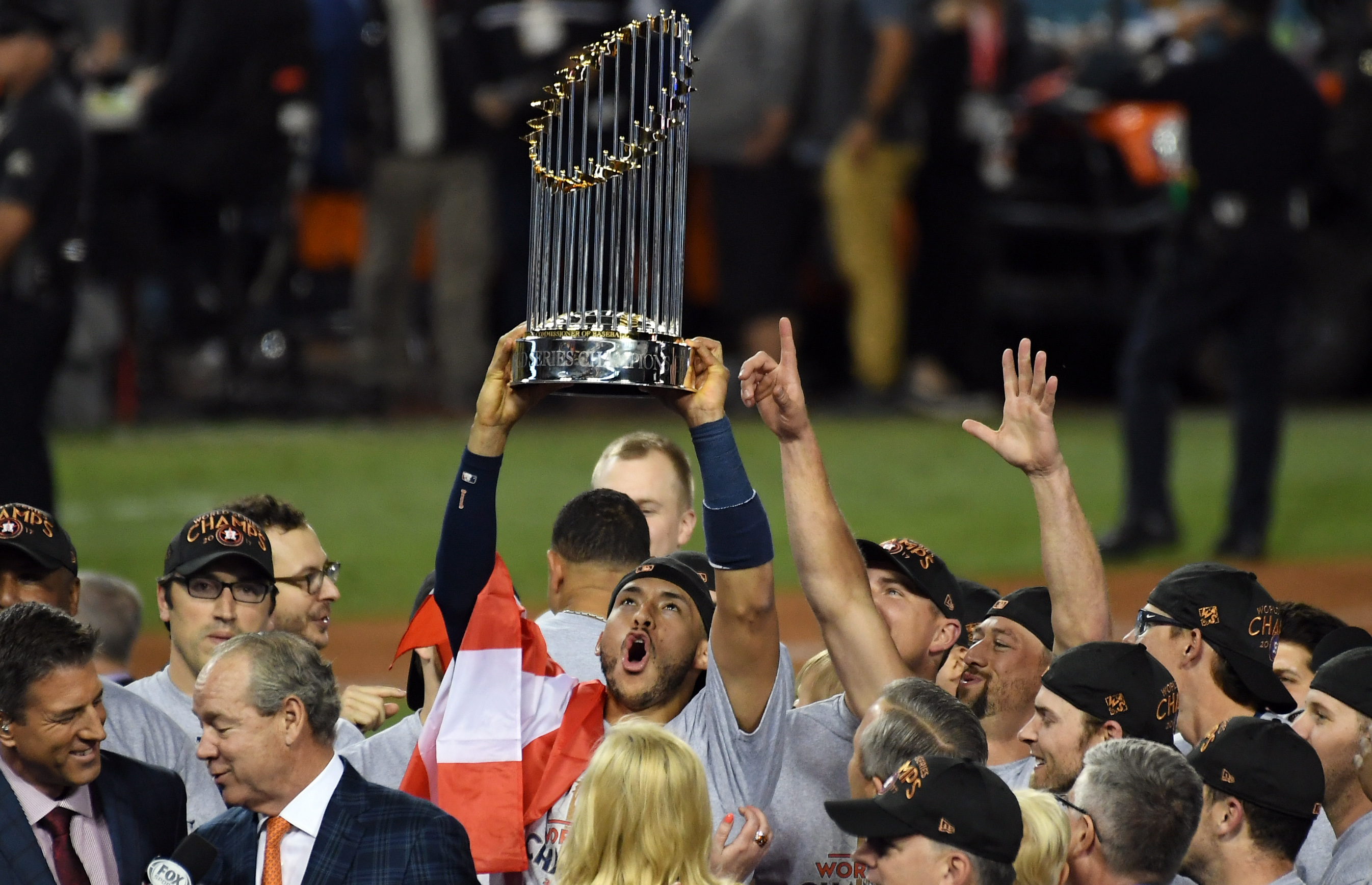 Coming into the 2017 season, the Houston Astros would be riding the waves of their rebuild which started several years ago, now approaching the peak of its glory. Behind the likes of players such as Jose Altuve and Justin Verlander, the Astros finished the 2017 with a division winning 106-61 record, and looked to be a threat heading into the 2017 playoffs.

While their play on the on the diamond spoke volumes, it was the events in their very city that made this one a road to remember.

As their season reached its final weeks, Hurricane Harvey rocked the city of Houston, manifesting into one of the most destructive hurricanes the country has ever seen. Parts of the city were left under hundreds of billions of dollars in damages as athletes and celebrities looked to aid America’s largest city.

Just as the aftermath of Harvey continued to be felt, the Astros proved be a small shining light emanating from a city left in ruin. In the same month that Harvey swept through Houston, the Astros clinched the AL West with a victory over the Seattle Mariners to punch their ticket into the playoffs.

The Astros went head-to-head with the Boston Red Sox in the ALDS, coming out of the series with a dominating 3-1 victory.

It was then on to the ALCS where the Astros and Yankees went to a thrilling Game 7 where Houston shut out the Yankees 4-0 to advance to their second ever World Series.

With the entire city of Houston slowly making its way back to its feet, fans got to feel a renewed excitement as the Astros and Los Angeles Dodgers went the distance. To complete one of the most awe-inspiring conclusions to date, the Astros personified the resiliency of their city, bringing home their first ever World Series victory.

Join us tomorrow for our top sports stories of the year as we look at one of the most heated rivalries of all of sports…and Washington.