Top Ten Oilers Moments of 2017: This Is No April Fool 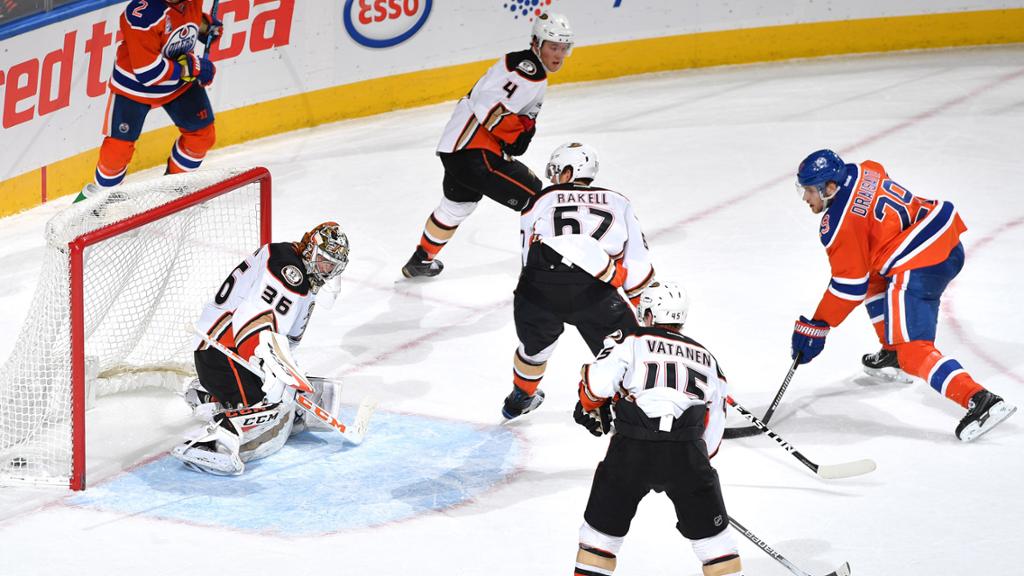 Top Ten Oilers Moments of 2017: This Is No April Fool

The number six moment of the 2017 year for the Edmonton Oilers came on April 1st, 2017. With the team already heading to the playoffs, the only thing left to determine was if the Oilers would finish first, second or third in the Pacific Division.

On April Fools Day, the Anahiem Ducks came to town with first place on the line. The winner of this game would, for the time being at least, take over the top spot in the division with just about a week left in the regular season. Edmonton would control this game for almost the entire 60 minutes, but Anahiem goalie John Gibson stood tall in his return to the lineup, keeping the Ducks on top into the final minutes.

Milan Lucic turned the tide with a powerplay goal with just under two minutes remaining, before Edmonton sealed the deal with an overtime victory. After a decade in the basement, it was almost fitting that Edmonton, for the moment, took over first place on April Fools day.

We’ll be back with moment number five tomorrow.