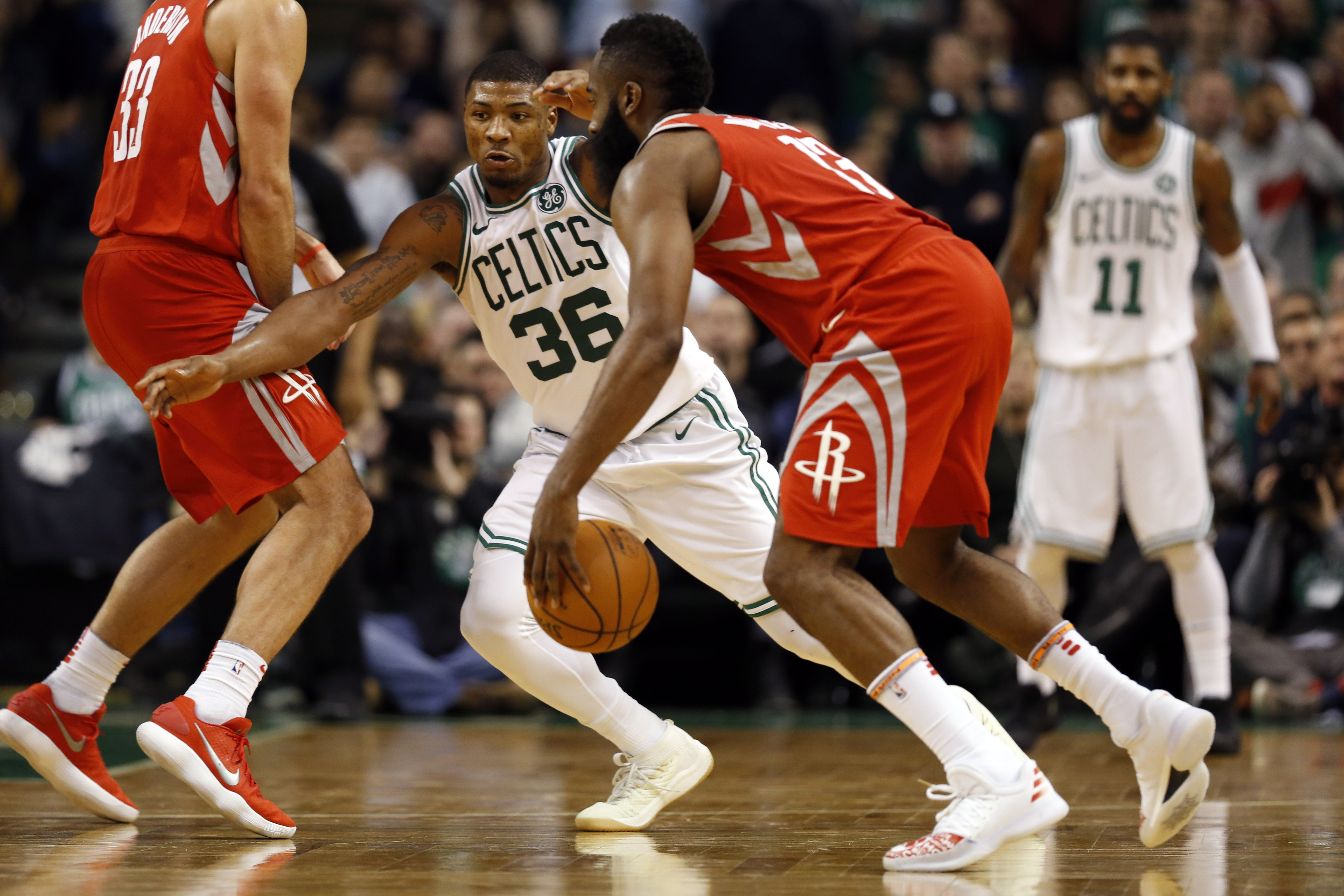 A miraculous win for the now 29-10 Celtics, a late stop of star point guard/shooting guard James Harden by Celtics guard Marcus Smart was the game changing play that sealed the victory and sent Houston to its fourth straight loss.

With no Chris Paul in action or Jaylen Brown, both teams were minus a key playmaker. For Boston, Kyrie Irving once again took the reigns and delivered with a 26 point masterpiece, shooting 50% and nailing 7-8 from the charity stripe. Jayson Tatum took advantage of the absent role of Brown and helped Irving in the points column with 19 of his own to go with 5 rebounds. Center Al Horford helped in the all around effort of the win, scoring a mere 9 points but helped with 8 rebounds and 8 assists, once again almost hitting the triple double statistics but more importantly making the difference on the court. Guards Marcus Smart and Terry Rozier each dropped in 13 points, Smart being critical on the last play against Houston and adding additional pressure. Rozier has been continually making a name for himself off the bench with his bursting play. One surprising player to point out was forward Abdel Nader, originally a minutes scrapper for this C’s team. Scoring 5 points to go with 7 rebounds, Nader established himself with one of his finest NBA performances in 21 minutes.

Houston at one point holding a 26 point lead, dropping the immense lead to a fourth loss. Turning in a game high 34 point showoff with 10 dimes, James Harden and the crew looked to of ran off with a easy victory. The signing of veteran swing man Gerald Green was a unique opportunity for Green, who had a very short stint with the Rockets to return and give insight to the new guys. Although this is the first game in a Rockets uniform for Green since being signed back, he clocked 11 minutes with zero points. Along with Harden’s impressive scoring barrage to go with a perfect 15-15 from the free throw line, guard Eric Gordon chipped in 24 points in the back court, slack from the departure of Paul.

A shocking win for the hot and cold C’s, a certain confidence booster was found tonight, as they go into the next game against the Brooklyn Nets on New Year’s Eve with an extra day’s rest and potentially seeing Jaylen Brown return.