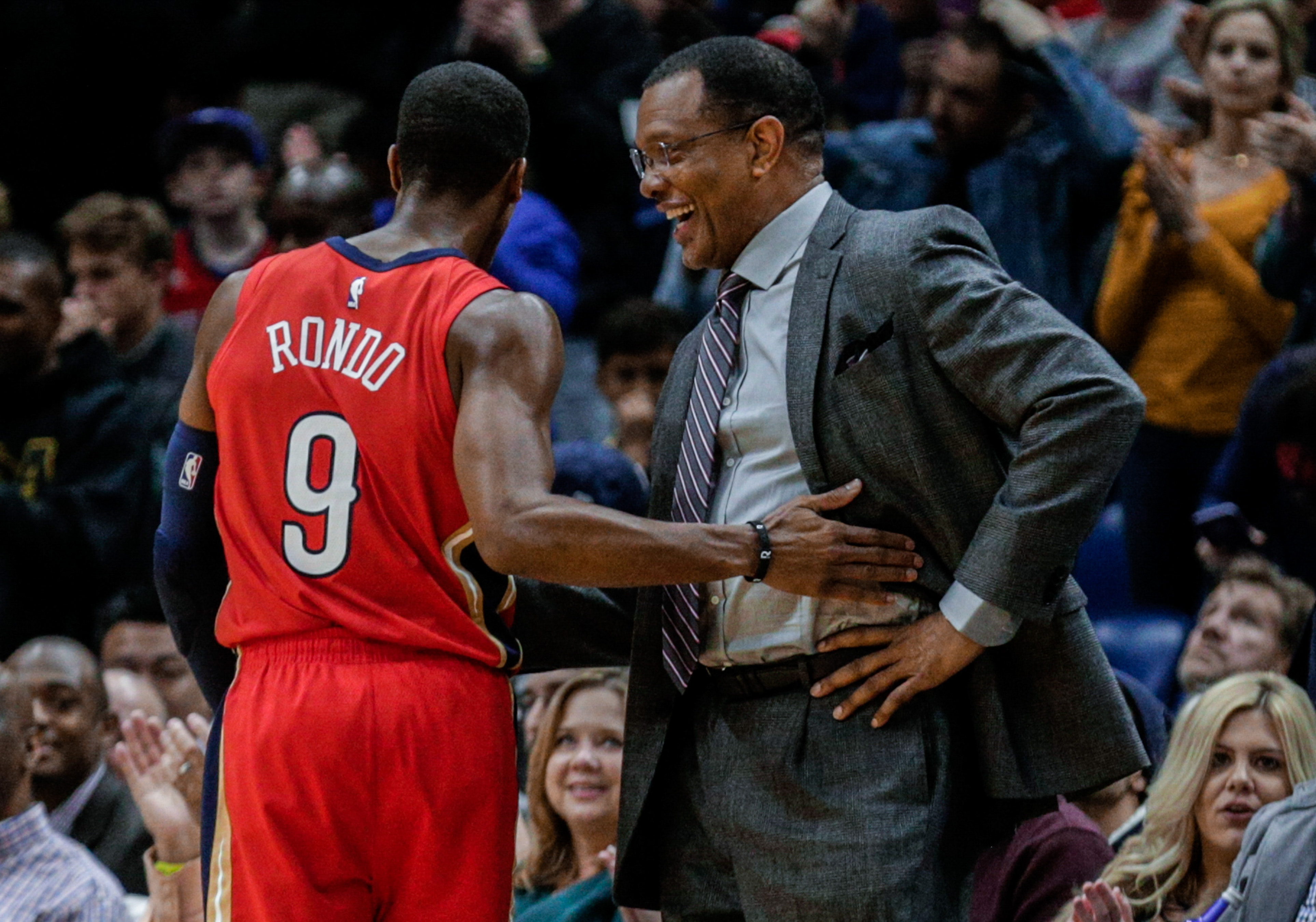 New Orleans,LA- The New Orleans Pelicans took on the New Jersey Nets in The Smoothie King Center Wednesday night. The Pelicans came into the game on a two game winning streak, the first of a 3 game home stand to end 2017. New Orleans came in über focused to dominate New Jersey & dominate they did. The Pells shot 53% from the field & 51% beyond the three-point line. The team moved the ball at a record-breaking rate (40) thanks in large part of Rajon Rondo who broke the franchise record assist total for a single game (25).

The Pelicans also held down their turnovers with 11, plus dominate the points in the paint with 48. New Orleans scored 69 points in the first half alone & were up by as much as 30 points in the game, cruising to an easy victory. The team had five players who were in double figures that helped clinch the 128-113 victory. Anthony Davis played like a man possessed scoring 33 points in 32 minutes to led a solid defeat of the young & injured Nets.

With the win the Pelicans win their third straight game & look  to build on this current winning streak. New Orleans faces the Dallas Mavericks (11-25) Friday night in the Smoothie King Center the first of a back to back.