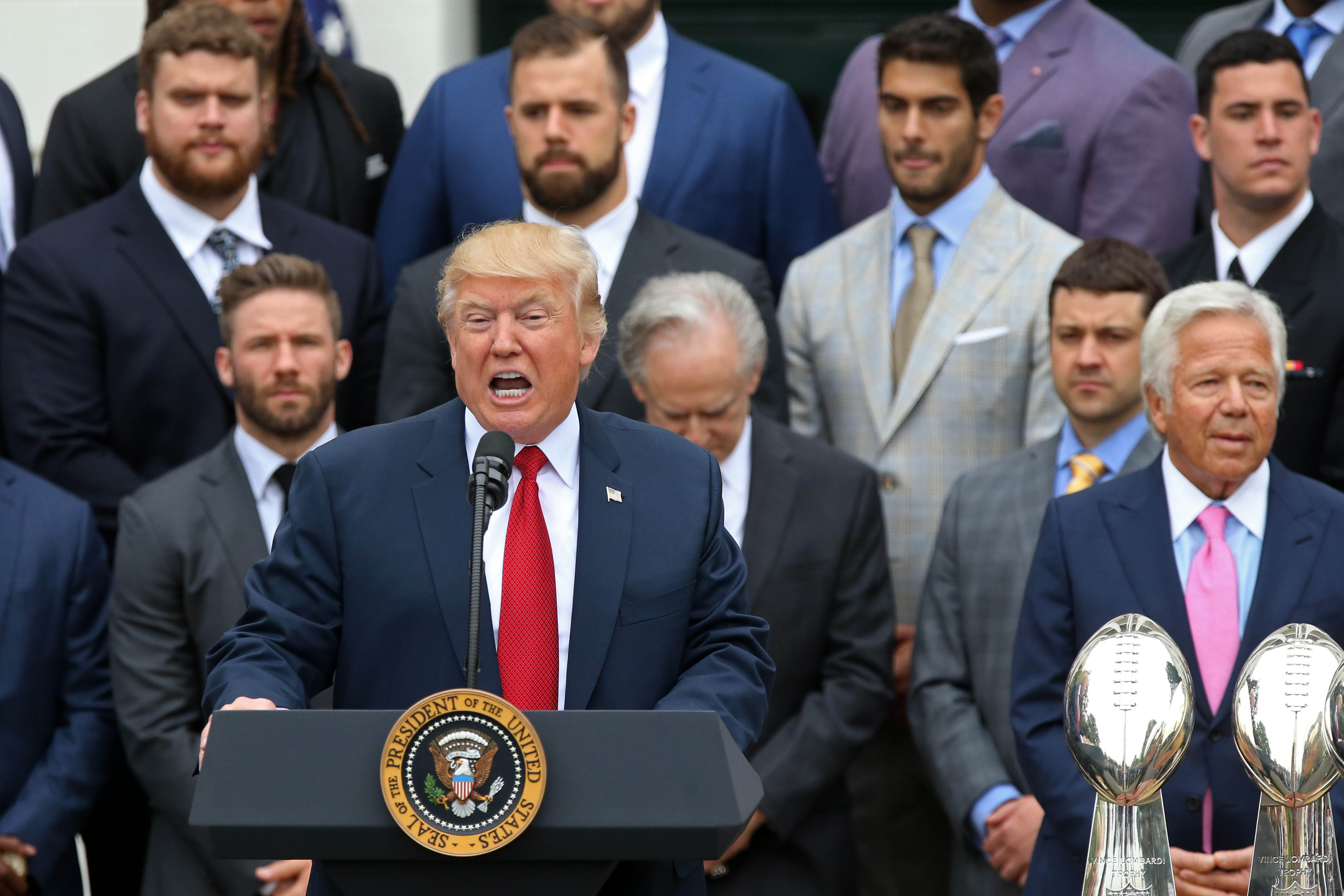 What an absolute circus. From what started as a peaceful protest led by former San Francisco 49ers quarterback Colin Kaepernick to the cluster it is today, the war between the President of the United States Donald Trump and the NFL turned into one of the more peculiar stories of 2017.

While Kaepernick and other protesters received lots of backlash from the media and NFL fans, Trump’s words were…well exactly what you would expect from him.

Trump took aim at players who decided to kneel during the National Anthem, proclaiming that the act was “disrespectful to the flag.” Things came to a head during a rally when Trump told his supporters what he thought should happen to protesters stating, “Get that son of a bitch off the field right now, he’s fired. He’s fired!”

The following weekend of NFL games saw players, coaches, and owners kneeling in solidarity against Trump’s comments. While the display was praised by many, it proved problematic as it became apparent that the new war completely overshadowed Kaepernick’s original mission of highlighting the issues of social and racial injustice.

While Kaepernick and others have stated that their mission was never aimed at disrespecting the flag or the military, the back-and-forth between Trump and the NFL has sparked many uncomfortable dinner table debates of whether or not kneeling should be considered unconstitutional.

No matter which side you believe, Trump’s constant Tweet-storms against the NFL has shown one thing: this was is far from over.

Join us tomorrow for our top stories of the year when we look at how two of the smallest giants in sports got themselves a nice payday.