Wild Keep It Simple In 4-2 Win Over Dallas 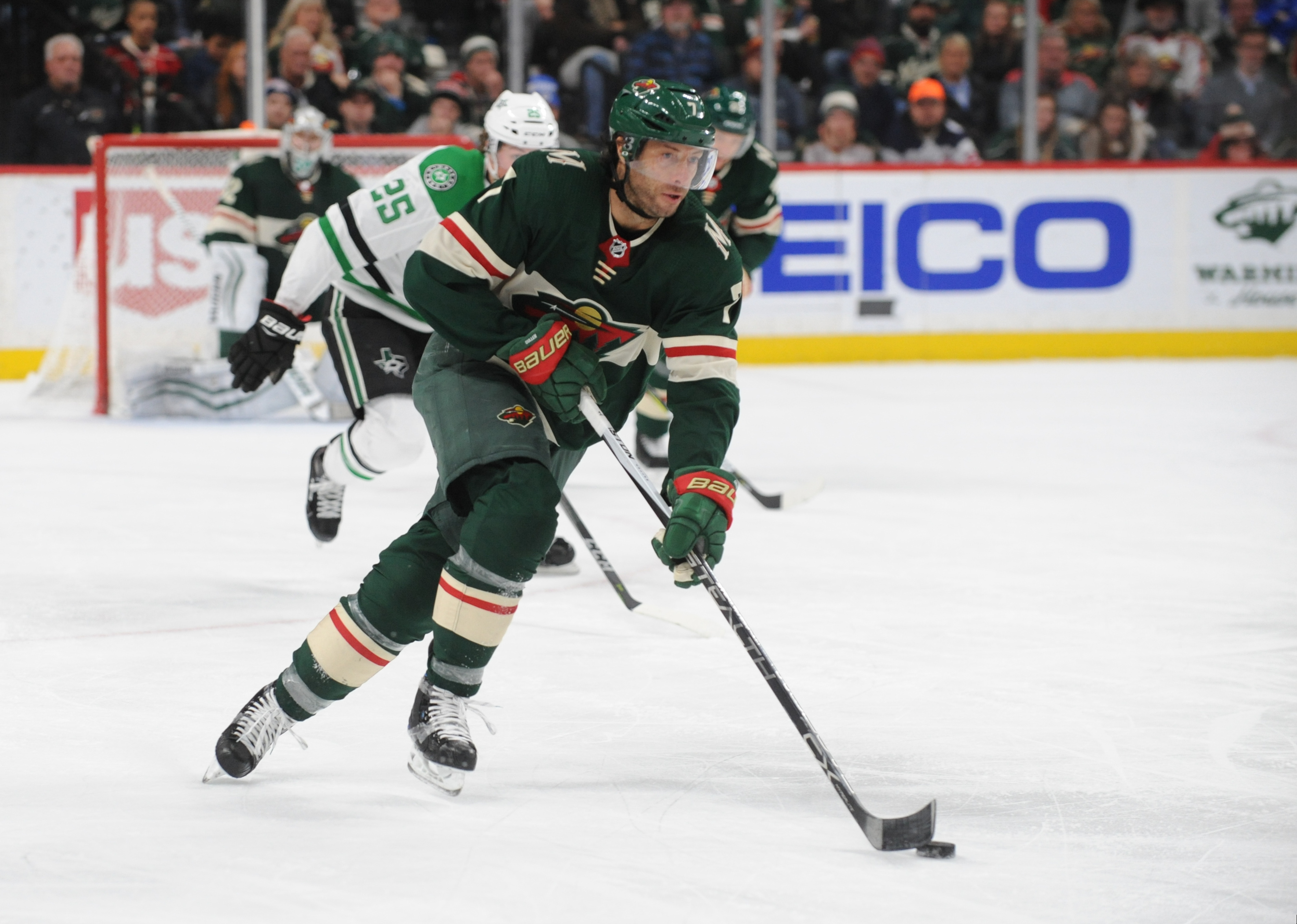 Wild Keep It Simple In 4-2 Win Over Dallas

Holiday Greetings everyone!  I hope your Christmas was restful, fun and rewarding.  For many, it means back to the daily grind of work and its no different for NHL’ers who return to a compressed holiday schedule as the league tries to take advantage of the opportunity for fuller arenas with so many of their fans having a few days off.  Its also holiday tournament time for Boys and Girls hockey players from youth tourneys to high school all across Minnesota.  So there are tons of options to get your hockey fix and I plan on getting out and watching some of my little cousins play.

The Wild return to action after having lost their last two games in 3rd period let downs to the Panthers and Lightning respectively.  Dallas defeated Nashville 4-3 in a shootout and is feeling confident as they try to keep their spot near the top of the Central Division.  As with any divisional game there is the opportunity for a 4-point swing.  Can the Wild give its fans a late Christmas gift with a win over Dallas?

Game Thoughts:  Similar to the last post-game article I’m just going to put down some general observations.  I might talk about individual efforts every now and then but the goal is simply to put down some impressions.

The first few minutes it was evident the Wild were trying to simply their game offensively; taking pucks to the net and looking for rebounds to pounce on.  I was very pleased with this simplified strategy, especially playing against an improved Dallas team and with some of the team’s struggles to score goals.  More on this later.  Unfortunately the Wild also ignored one of the things I knew was going to be a key in tonight’s game.  The team wasn’t taking precautions to limit clean looks at the goal for Tyler Seguin and Jamie Benn early in this game.  It was no surprise that the Stars found the back of the net first when Tyler Seguin got a clean look on a redirection of a Esa Lindell feed that beat Alex Stalock.  Fortunately that was really about the only clean look Seguin would get for the rest of the game.  He would factor in on Dallas’ 2nd goal, on the power play where a contested shot forced it wide of the mark but was a miss turned out to be a perfect set up for Mattias Janmark who had a yawning net to work with on the back side.

Yet the Wild would find success by activating its defense and crashing the net as Tyler Ennis got a little room and fired a shot on goal while Charlie Coyle drove to the net where the puck slipped of the blade of his stick right to Jared Spurgeon who tapped it home.  It was a nice answer to Seguin’s tally.   Coyle would again help set things up as he made a nice pass from along the boards to Eric Staal who raced up the ice for a 2-on-1 with Ennis and Staal would send a pass over to Ennis but the puck would carom off the skate of Greg Pateryn and in.  2-1 Wild, but it was from doing the right thing and making a simple play instead of trying to make the ‘perfect’ play.  The Stars tied it up on the Janmark tally I mentioned earlier but the team kept its cool and went back to work and took back the lead on the power play.  With some good puck movement they’d set up Jason Zucker for a redirection play that drew a big rebound from Ben Bishop and Mikael Granlund capitalized to shift momentum back in Minnesota’s favor.  The Wild came just a fraction of a second of having a 2-goal lead going into the 3rd as Jared Spurgeon’s late wrap around attempt was probably late by .3 seconds.  The replay definitely showed 0.0 on the clock and the puck wasn’t over the goal line just yet but the late push was a sign the team was feeling confident and understanding it probably needed at least one more to ensure a victory.

In the 3rd period, the Wild’s defense could best be described as bend but don’t break.  The team wasn’t giving up many prime chances for Dallas and forcing the Stars to settle for shots from the perimeter and Stalock looked sharp in directing them wide and the Wild were quick to transition the puck out of the zone.  Joel Eriksson Ek was especially noticeable in a defensive role and he also demonstrated an ability to create some chances for himself offensively but just couldn’t find the back of the net.  The Wild didn’t just sit back and defend their lead they kept attacking and forcing Dallas to spend precious time defending its own end of the ice.  With the Stars pouring it on in the last minute and half, the Wild sealed the game with an empty netter by Zucker to earn a quality regulation win over Dallas, 4-2.

Stalock has provided the stability and solid play the team couldn’t rely on from Darcy Kuemper.  He has been a source of strength and depth for the team.  I know a lot has been said about Tyler Ennis in the wake of the Jason Pominville / Marco Scandella trade, but I think he’s starting to get more and more comfortable and has been more of a catalyst offensively.  If you want to be mad at that trade; focus more on the decision to take Marcus Foligno and not a prime prospect from a team that had quite a few to bargain with.

The win gives the Wild the positive 4-point swing it was looking for, but they will have that same opportunity times two on Friday when the Nashville Predators come to town and then when we travel to the Music City on Saturday night.

Since the high school season in Minnesota is in full swing, I thought it’d be good to post Let’s Play Hockey‘s Top 10 rankings for both Boys and Girls in Class A & AA respectively as of December 26th, 2017.