Your Morning Dump... Where Isaiah's revenge may have to wait 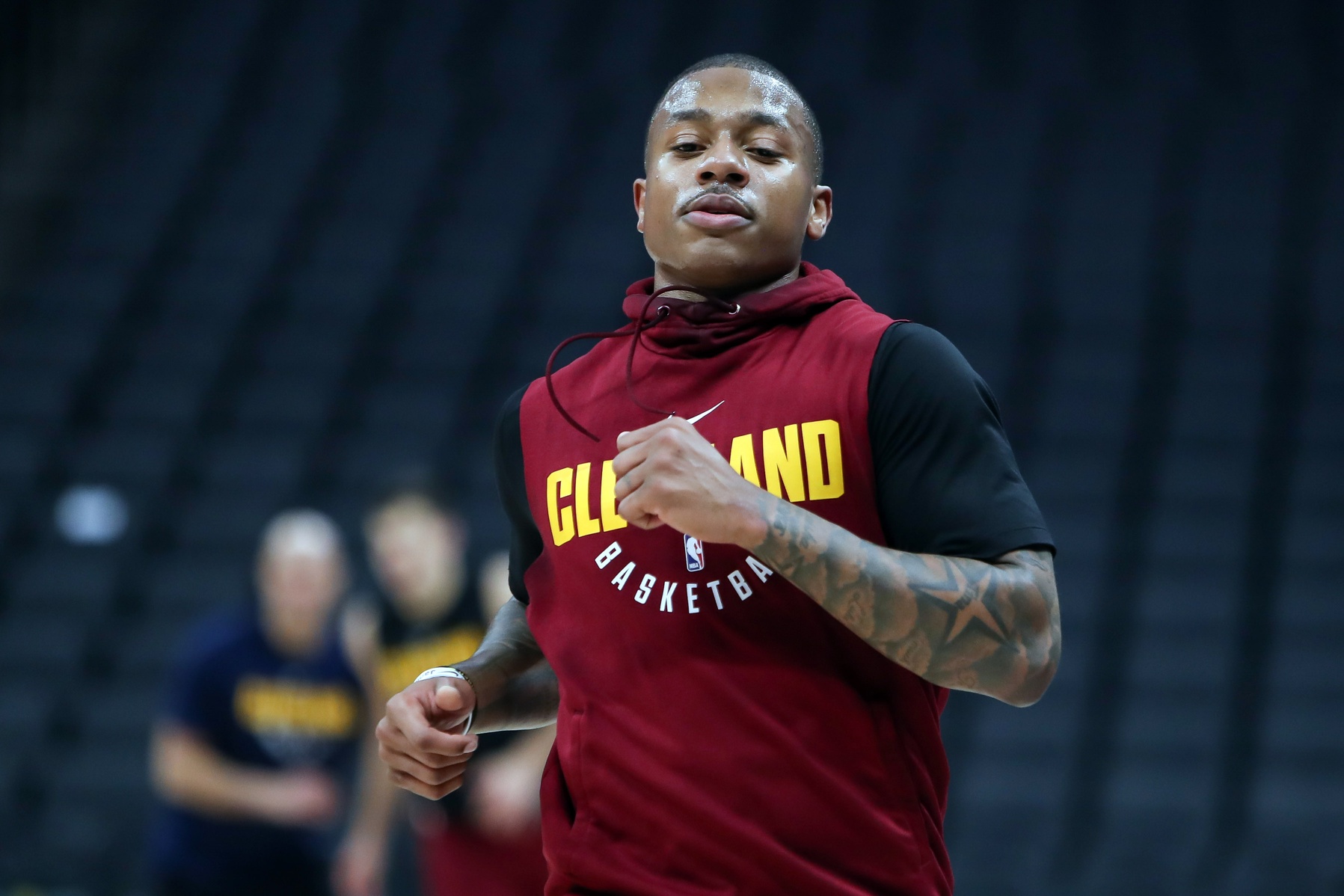 Your Morning Dump... Where Isaiah's revenge may have to wait

Now it sounds like Isaiah Thomas won’t play for the Cavaliers in 2017, and there’s doubt growing on his availability for his anticipated return to Boston Jan. 3.

Neither Thomas nor the Cavs have announced a definitive date for his Cleveland debut, leaving reporters to ask each day if the next game will be Thomas’ first.

Thomas was out Wednesday in Sacramento, and coach Tyronn Lue was quick to rule him out for Saturday’s game at Utah. Lue then hedged a bit by saying “I don’t know” when asked if he was already sure Thomas wasn’t playing against the Jazz.

Cleveland.com: Doubt rising as to whether Isaiah Thomas plays against Celtics next week

For those of you holding onto those Wednesday tickets hoping to see IT’s return… it’s looking more and more like it won’t happen. That means Sunday, February 11 becomes the anticipated Isaiah return date.

Isaiah is both trying to downplay the return while getting hyped up for it. He released this video that chronicles the trade call and his raw reaction.

For fans of Thomas, it’s not an easy thing to watch. It’s also an amazing insight that we never get to see. A guy just found out he’s being traded… and we get to see the immediate roller coaster of emotions that follow.

However, then Isaiah tweets this after people call him out…

It’s funny how people think I keep bringing up the dumbass trade situation. It’s the media asking the same dumbass questions about it. So it’s obvious they want to keep it going. It’s not like when I’m interviewed I’m asking them can you PLEASE bring up the trade please lol.

Well, Isaiah… you ARE salty about the trade… and that’s OK!

We loved IT in Boston for the huge chip on his shoulder. Can’t hold it against him now. https://t.co/ZOOLH2rB3V

Mike is right. If the situation was reversed we’d be eating it all up.

Facts are facts… Isaiah owned Boston and now he’s second-fiddle to LeBron in Cleveland. He was going to be a legend in the same breath as Larry Bird, Bill Russell, Paul Pierce… he was going to ride a duck boat down Boylston Street…

And now… even if he wins, he’s an asterisk. A footnote to LeBron’s greatness. He’s part of the band of merry men who, 30 years from now, becomes an “oh yeah” part of the discussion.

For a guy as prideful as Isaiah, there’s ZERO doubt that January 3 was circled on every calendar he could find. He probably found the last Barnes & Noble in Cleveland just to open up all the calendars and circle this date.

Of course he wants revenge. He’s dying for it. The way things are playing out, though, he’s going to have to wait a while longer.

“Just patient, man, it’s the best way to be,” Irving told reporters. “It’s definitely a learning experience for me because that’s a time where I was afforded when I was in Cleveland to be able to kind of tell (Tyronn) Lue and tell the other coaches, ‘I’m ready to go in.’ And that was kind of on my end.

“And coming into the environment I’m in with (Celtics head coach) Brad (Stevens), and understanding his intellect of the game, and being able to trust what we have going on, and what’s going on throughout the game — not that I didn’t trust what was going on before, but for me it’s just been where I have to be patient, and my impact on the game is felt a little bit different. So there are some times where I want to push the pedal to the metal and go back out there and just — but whatever’s needed, I’m willing to do for the team. And I know Brad will echo the same thing, so I trust what he’s got going on.”

This is an interesting dynamic revealed by Kyrie. It tells us a lot about how the two coaches approach things.

Flatly put, one coach lets the players have control, the other has control himself.

It’s hard to blame Lue for putting it on his players. He’s got LeBron, and Lue will ride him and his whims to a monster coaching record and guaranteed post-Cavs jobs down the road.

Stevens, though, has a plan. I’m sure he and the players talk… especially the great players like Kyrie and Al Horford who have feels for the game that a non-player doesn’t. But Stevens’ MO is simple: gather data, analyze the data, execute a plan based on those results.

Stevens grasps the nuance of “gut feelings” and will ride out certain things longer than usual if they are working out well, but he’s very stringent on following the leads wherever they bring him. When it comes to minutes, the Celtics have a plan to manage them until this brutal schedule thins out.

It says a lot of Kyrie that he’s not up in Stevens’ face saying “I’m ready now. NOW!” He understands the dynamic and he’s pretty much bought in. It’s important for him to vocalize this because, as Doc Rivers said of Kevin Garnett, when your best player buys in, it’s easier to get everyone else to.

We hold Stevens up on a very high pedestal, but the players still have to buy into things like reduced minutes during stretches where the team isn’t playing particularly well. Kyrie could gripe about it, but he’s not, and that’s important.

Related links: NBCS Boston: For Kyrie Irving, the move from Cleveland to Boston has been a learning experience

As Rondo gains more comfort with his new team — and its unusual lineup featuring two dynamic All-Star big men — his ability to recognize mismatches and put talented scorers in advantageous spots could be exactly what New Orleans needs.

Rondo set a franchise record with a career-high 25 assists in just 30 minutes on the court, Anthony Davis had 33 points, 11 rebounds and six blocks, and the Pelicans beat the Brooklyn Nets 128-113 on Wednesday night.

Here they are… a few are… generous.

Only 7 players in NBA history have done this (Scott Skiles, John Stockton, Jason Kidd, Kevin Johnson, Nate McMillan and Isiah Thomas). Yeah, maybe he’s an assist hunter, but I can think of worse things than guys waiting until they find a guy with a chance to score.

ESPN Boston: The once-unstoppable Celtics are falling back to Earth

Herald: Celtics notebook: Jayson Tatum steps up with big fourth quarter in win against Hornets  |  Celtics pull away from Hornets on road

Globe: Jayson Tatum’s play not surprising to everyone  |  The Celtics needed a closer, and Jayson Tatum was just the right guy