Why Are the Colorado Rockies Investing So Heavily in Their Bullpen? 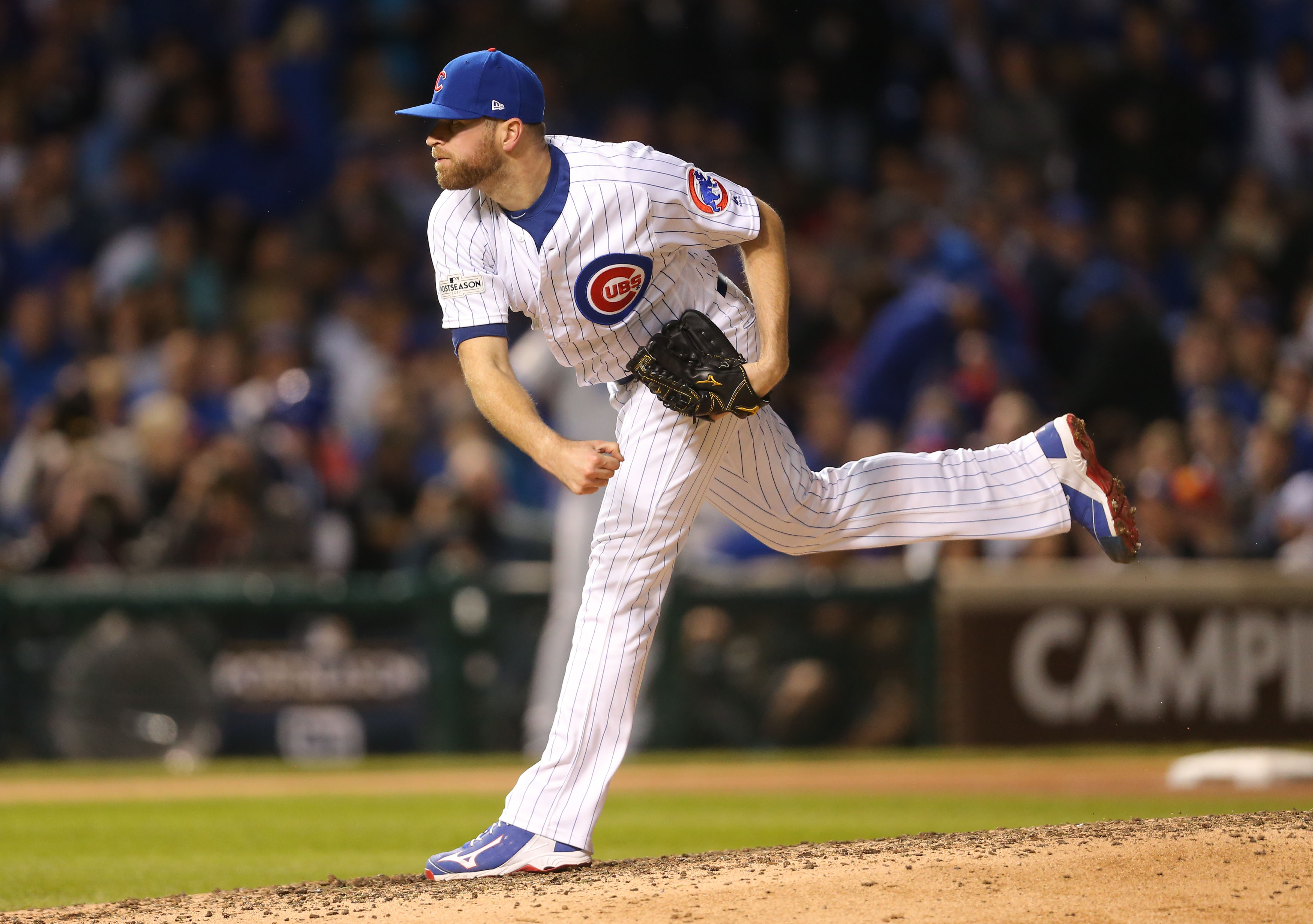 Why Are the Colorado Rockies Investing So Heavily in Their Bullpen?

The top end of MLB’s free agent market hasn’t been moving quickly, but enough time has passed that we can clearly see what most clubs are prioritizing in advance of Opening Day. Based on their moves so far this winter, the Colorado Rockies certainly fall into that bucket.

News broke on Friday morning that Colorado agreed to a three-year, $52 million deal with closer Wade Davis (with an option for a fourth year), awarding him the highest per-year salary ever for a relief pitcher. With Greg Holland declining his player option and declaring for free agency, this was an obvious need for the Rockies, but it’s just the latest in a string of moves to bolster their bullpen.

Prior to this agreement, Colorado re-signed Jake McGee, along with bringing Bryan Shaw aboard (both to three-year deals). So, they’ve not only committed over $100 million to three bullpen pieces this winter, but they’ve also put together an awfully expensive relief corps.

Among Wade Davis, Jake McGee and Bryan Shaw, the Rockies now have guaranteed $106M to relief pitchers this winter. Add in Mike Dunn and Adam Ottavino, and they may have the most expensive bullpen in baseball history — upward of $50M this season.

We know how hard it is for the Rockies to develop and/or find (and then retain) productive pitchers while playing at Coors Field, but what’s the deal with such a huge investment specifically in the bullpen?

Success of the Bullpen in 2017

Colorado followed up their surprise run to the 2007 World Series with another postseason appearance in 2009, but it’s been tough since then. Heading into this past season, the only winning record they posted was an 83-79 performance in 2010.

Their recent 87-75 campaign earned them a spot in the NL Wild Card play-in game, and although we can usually assume that their offense carried them to that point, it was the opposite this time around.

The Rockies’ pitching staff posted a cumulative 18.2 fWAR in 2017, which was the eighth-best mark in baseball. The starting rotation did perform quite well — their 11.8 fWAR was one of the league’s nine best — but it was the bullpen that did a ton of heavy lifting.

Colorado’s relievers posted a 6.4 fWAR, which was baseball’s sixth-best mark and second to only the Los Angeles Dodgers in the National League. Their 4.40 ERA was a little high, but a 3.89 SIERA tells us they performed better than traditional metrics give them credit for.

With Holland, McGee, and Pat Neshek all heading for free agency this winter, it was clear that the Rockies wanted to replenish this area of the roster after seeing how it impacted their overall success.

Depending on a Young Rotation in 2018

Today’s game puts more of an emphasis on bullpenning than ever before, so watching the Rockies invest so heavily there isn’t as shocking as it would’ve been five or 10 years ago. However, the composition of their rotation also called for these moves to happen.

As mentioned before, Colorado received solid contributions from their starting staff last year, but this group was littered with rookies. Of the seven hurlers with at least 15 starts, four of them were first-year big leaguers (German Marquez, Kyle Freeland, Jeff Hoffman, and Antonio Senzatela.

Jon Gray looks like the budding ace this staff needs. Colorado will also presumably get a full year out of Chad Bettis after he missed most of 2017 fighting cancer, but that’s about it. Tyler Chatwood hit free agency and is already a member of the Chicago Cubs, leaving Tyler Anderson as the only other pitcher with at least two big league seasons under his belt on this mostly young staff.

Time to Improve the Lineup

Addressing the bullpen was a clear priority for the Rockies, and they’ve done just about everything possible to keep that area of the roster an asset heading into 2018 and the immediate future.

These moves signal a win-now mentality after reaching the postseason for the first time this decade. To really make this winter a success and remain primed as a playoff contender, though, they now need to address their lineup issues.

Sure, having Charlie Blackmon and Nolan Arenado anchor the position player side of the house is fantastic, but there are a number of holes to be filled.

The Rockies posted a team wRC+ of just 87 in 2017, which was one of the worst marks in baseball. Only the Pittsburgh Pirates, San Diego Padres, and San Francisco Giants posted a lower cumulative number in this department. That’s not good company to be in.

There’s an obvious need at first base with Mark Reynolds on the open market, and there are a few intriguing short-term options available outside of him — like Logan Morrison, Lucas Duda, and Mike Napoli. With Carlos Gonzalez finally reaching free agency (and being fresh off a horrible year in which he produced an 84 wRC+ and -0.2 fWAR), they potentially could also use another outfielder.

Then there’s Ian Desmond and Trevor Story, who both endured disappointing years of their own. Catcher was also a black hole with regard to offensive production (62 wRC+, .293 wOBA), making it hard to think that some combination of Chris Iannetta, Tony Wolters, and Tom Murphy will do the trick.

Colorado has done a great job of reloading their roster with hopes of making back-to-back postseason appearances for the first time in franchise history. When looking at how they’ve invested their money thus far, it only makes sense to keep going by now shifting their focus over to the offense.