Ravens one win away from clinching 5th seed in AFC playoffs

Ravens one win away from clinching 5th seed in AFC playoffs

It’s been a long and winding road for the Ravens in 2017, and some will say only a “cupcake schedule” in December ultimately bailed them out. But head coach John Harbaugh has always said this team was built to come on strong in December and January.

This final home game for the Ravens has been flexed from its original 1:00 P.M. start because it has “playoff implications”… the later start is not sitting well with local fans, who now have to alter their New Year’s Eve plans if they want to attend the game. It also affects a whole bunch of local restaurants who are going to lose money due to last-minute cancellations of dinner reservations.

Still, it is a remarkable opportunity for Ravens fans to savor a possible 10-win team and getting into the playoffs as a wild card, especially after most of them had written this team off as a 7-win team at best back in early November.

Even if the Cincinnati Bengals manage to spoil the party for the Ravens this Sunday, the team can still back into the playoffs with losses by either Tennessee or Buffalo in their respective games. But of course you cannot count on what you can’t control. It would behoove the Ravens to take the tiger by the tail, so to speak.

Sarah Ellison of the Ravens website: “Cincinnati is always a scary matchup, winning six of its last eight games against Baltimore. And with this rumored to be head coach Marvin Lewis’ final game, the Bengals have extra motivation to play hard.”

“Marvin’s got a pretty good little record against the Ravens,” Brian Billick said on the NFL Network. “Nobody’s going to pick Cincinnati to win, but I’m not going to be surprised if they’re able to pull off the upset.”

“The Bengals are going to go out and be a pain in the a** for the Ravens one more time under Lewis,” wrote Bleacher Report’s Chris Simms.

The Bengals showed last week that they’re capable of playing spoiler. The Detroit Lions’ playoff lives were on the line when they visited Cincinnati, and the Bengals knocked them off, 26-17, despite having no chance of advancing.

The Sporting News’ David Steele described the Bengals as a team that looks like it’s waiting for the “sweet embrace of death,” but The Baltimore Sun’s Jeff Zrebiec isn’t so sure. “Anybody who thinks that will be a cakewalk may be in for big surprise,” he wrote.

That said, Zrebiec, along with most other pundits, believe the Ravens will survive the Bengals’ best shot and take care of business.

As Sarah Ellison points out, the Ravens can lean on the running game, led by Alex Collins

, against Cincinnati’s 31st-ranked rush defense. That will set up play-action passing for quarterbackJoe Flacco

, who has been on fire this December.

“Do you ever feel like Joe Flacco is like that one pair of Steve Maddens that you wore to a party a few years ago and you got, like, a 9’s phone number … but then over time, you realize it wasn’t the shoes, and that you are so money you don’t even know you’re money? That’s Flacco, baby,” wrote NFL.com’s Elliott Harrison. “He crushed it in the 2012 playoffs – and even in the 2014 postseason against the Steelers and Patriots – but the reality is that the defense has always been the backbone of Ravens success.”

If the Ravens want to finish this season 10-6 (an admirable record after going 4-5 at the bye), there are a few areas they’ll want to shore up after last week’s scare against the Indianapolis Colts.

1) Red-zone scoring: The Ravens offense has moved the ball much better in recent weeks, but it’s scored just three touchdowns in seven trips inside the red zone the last two weeks. It’s capable of more; the offense was 4-for-4 against Pittsburgh.

“There are a few reasons the Ravens struggle in the red zone, and play-calling is one of them,” wrote Zrebiec. “But many of the team’s red-zone problems stem from the team’s lack of a big and physical target who can go up and make a contested catch. Seriously, when is the last time you saw the Ravens score on a fade route?”

Yeah, the Ravens have had very little success at finding that big “complementary receiver” they claimed was the key piece they were looking to bring to the Ravens last February.

The guy they did go out and get, Jeremy Maclin, has not practiced all week, still bothered by leg and shoulder ailments. Typically when Maclin doesn’t practice, he is a scratch on Sunday.

2) Tight end coverage: Football Outsiders’ analytics say the Ravens are the second-most efficient pass defense in the league, but they drop to No. 30 in coverage against tight ends. “[Colts tight end] Jack Doyle didn’t put up monster numbers, but he was the latest tight end to give the Ravens issues in coverage,” wrote WNST’s Luke Jones. “It’s tough not to be nervousabout that deficiency with a potential matchup with Kansas City’s three-time Pro Bowl selection Travis Kelce looming in the wild-card round.”

3) Fumbles: Overall, the Ravens offense has been much cleaner with the football, turning the ball over just twice in the last six games. However, Baltimore got a little lucky by recovering the ball twice last week when Collins and punt returner Michael Campanaro

fumbled. “If I’m a Ravens official, I’d be far more worried that Collins has fumbled twice in the past three games — the Ravens recovered both — than the fact that he averaged 1.6 and 2.8 yards per carry over the past two contests, respectively,” Zrebiec wrote.

4) Reviving the pass rush. Defensive coordinator Dean Pees said the Colts were determined not to let the Ravens’ pass rush bite them, so they used max protection with up to seven guys blocking even when Baltimore rushed four. The Ravens still managed two sacks, but outsiders would still like to see more pressure on opposing quarterbacks. “[Colts quarterback] Jacoby Brissett seemingly had all day to throw the football,” wrote Baltimore Beatdown’s Logan Levy. “It will not bode well for Baltimore if they can’t apply pressure to Andy Dalton.” 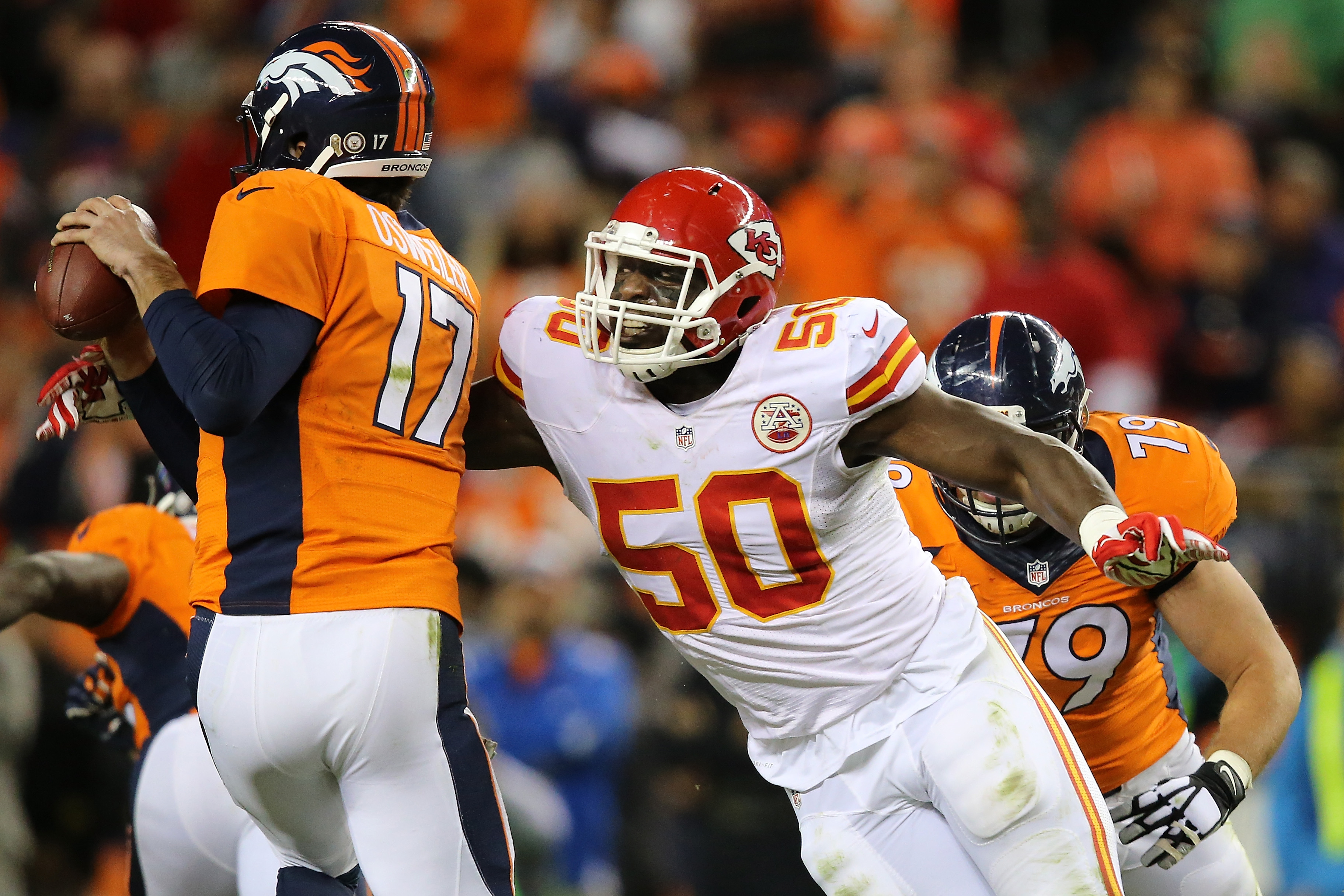