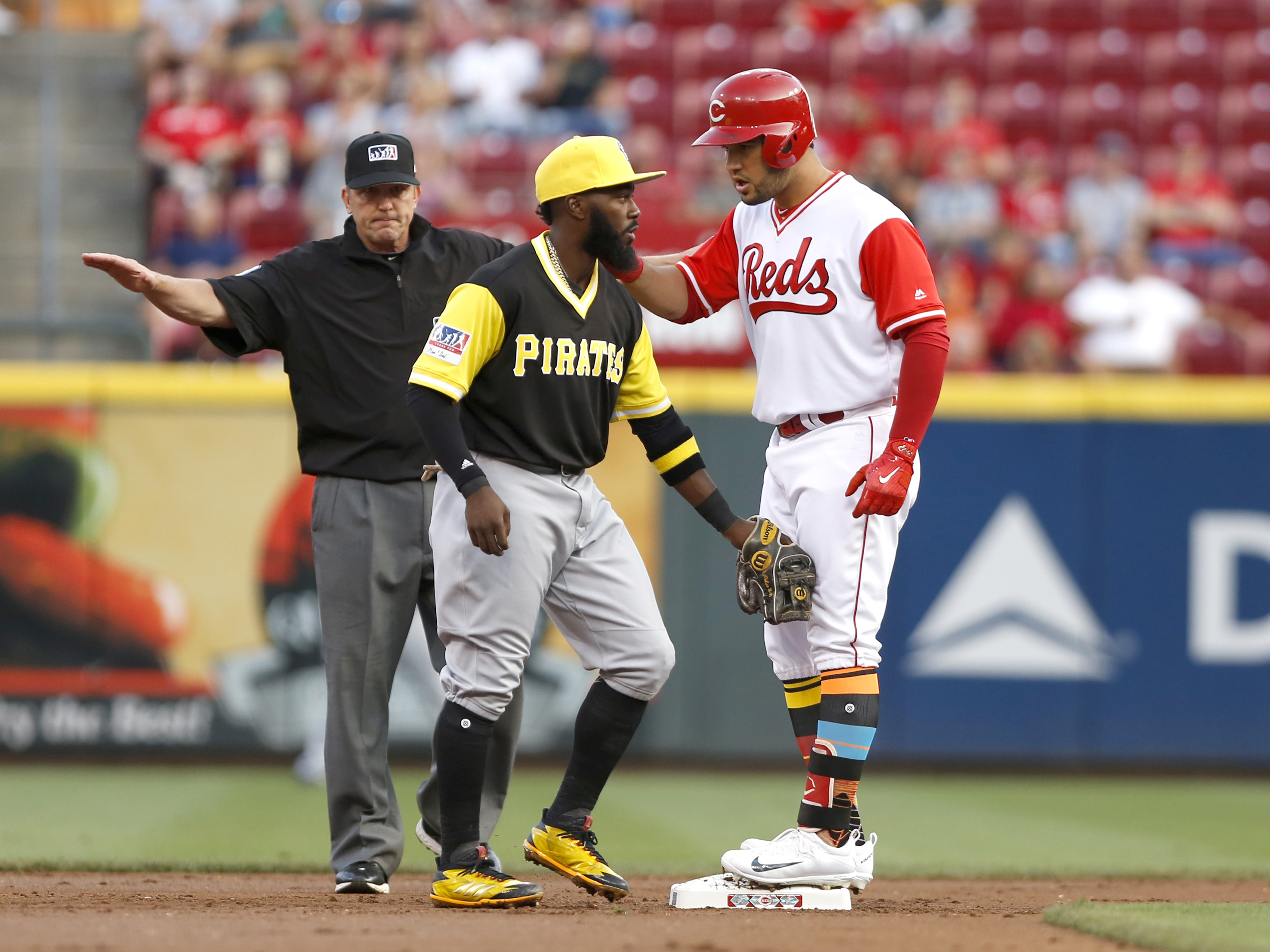 The New York Mets still have a pretty big hole at second base and are looking for options to fill it. After a deal for Ian Kinsler was vetoed by the then Detroit Tigers’ second baseman, the Mets have shifted their efforts towards trades for Jason Kipnis and Josh Harrison. While the Kipnis talks appear to have flatlined, the Mets are still in contact with the Pittsburgh Pirates about a potential trade for Harrison, Rob Biertempfel of the Pittsburgh Tribune-Review reports. The Mets, along with the New York Yankees and Toronto Blue Jays, have shown the most interest in the versatile Harrison.

Harrison is an attractive fit for multiple teams due to his contract status and positional versatility. There is one year left on Harrison’s deal, which will pay him just over $10 million in 2017, but it also contains affordable team options for the next two seasons. Harrison made the All Star team last season, batting .272 with 16 home runs and 47 RBI’s while playing solid defense. The Mets would use Harrison at second base, which is his primary position, but Harrison has also played third and the corner outfield, expanding his mix of potential suitors. The Yankees, who have already engaged the Pirates in trade talks for ace Gerrit Cole, may look to expand a potential deal to include Harrison. Harrison could play third base for them, and they have plenty of prospects to headline a deal of that scope, including outfielder Clint Frazier and third baseman Miguel Andujar.

The Mets would most likely need to include a controllable starting pitcher to acquire Harrison from the Pirates since they are relatively light on position player prospects. Sending over a guy like Robert Gsellman and a low level minor leaguer could get the job done if the Pirates decide not to package Harrison and Cole together, but the Mets have been very hesitant to part with any pitching right now. The Mets are also the only team actively seeking a second baseman right now, so this slow dance could continue for a few weeks as they and the Pirates haggle over price.