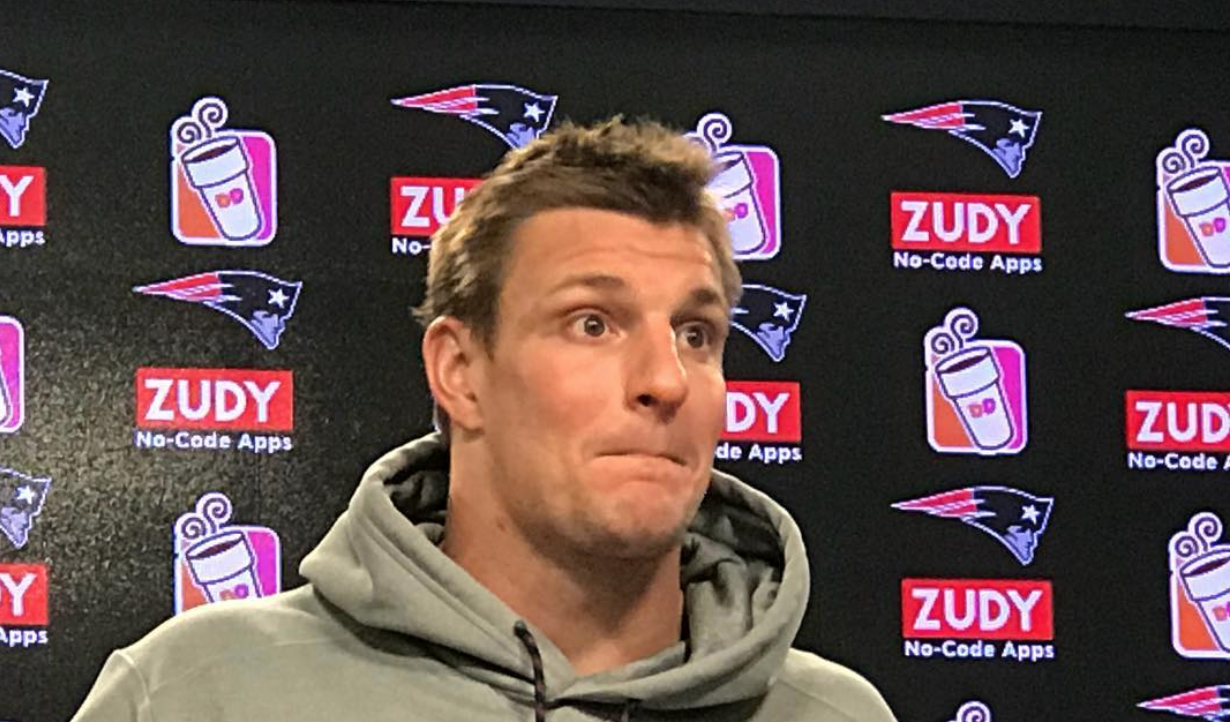 Patriots tight end Rob Gronkowski has been battling an illness this week, so he didn’t speak to reporters until Friday.

Gronk is set to play in Sunday’s game against the Jets, which he was asked about by the media. When the Patriots goofy tight end was asked a fairly in-depth question that he wasn’t really interested in answering, he tried to go full Belichick and said that he’s just getting ready for the Jets this week.

But Gronk’s act didn’t last long, and he ended up bursting into laughter over his Belichick imitation.

Classic Gronk. He could only keep that going for so long.