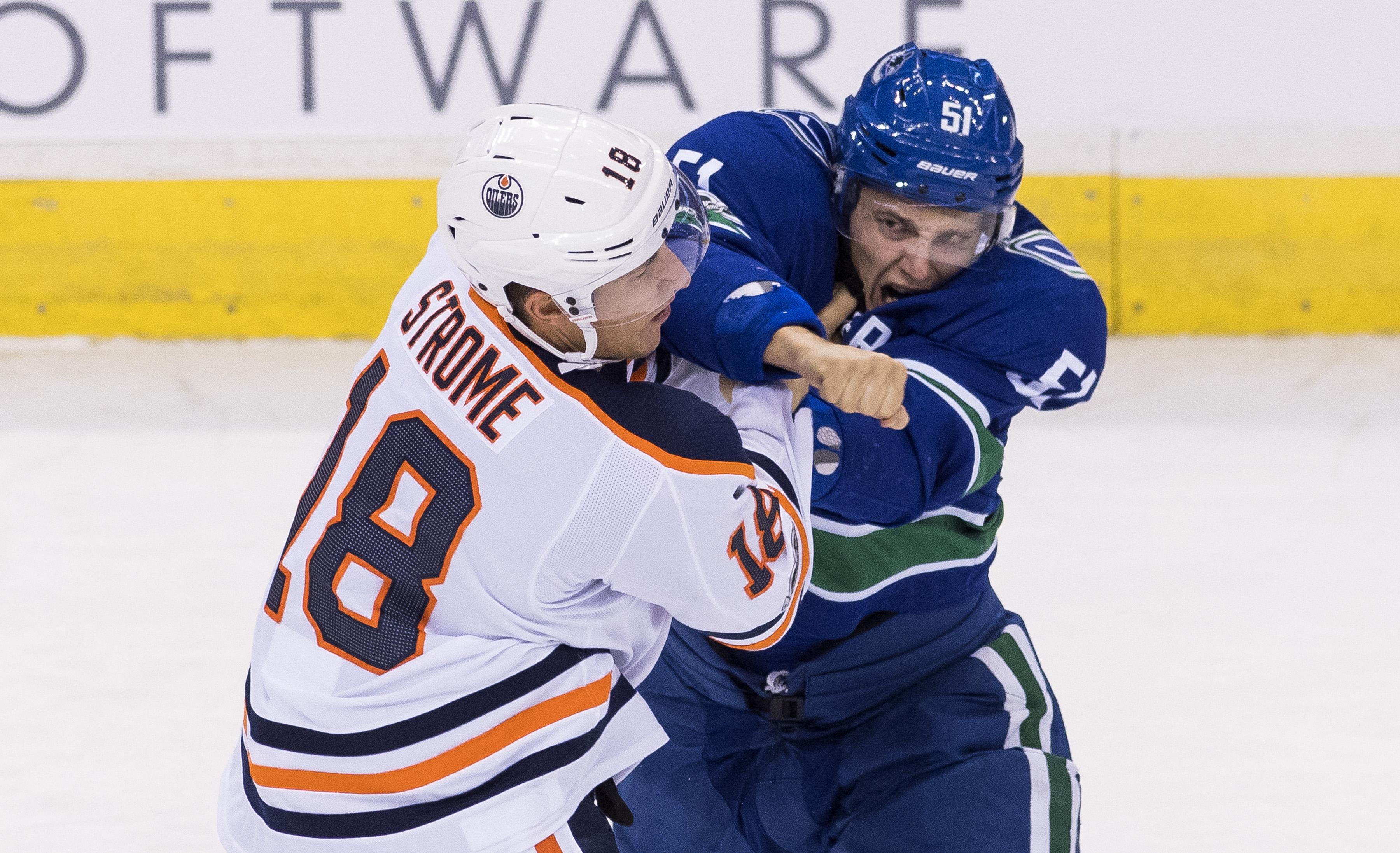 On Thursday night, three teammates from UND’s 2016 Frozen Four team met in Vancouver and faced off against each other. Forward Nick Schmaltz with the Chicago Blackhawks. On the other side of the ice, defenseman Troy Stecher and forward Brock Boeser.

The three aforementioned former teammates had a hand in five of the game’s seven goals.

At the 11:22 mark of the first period, Schmaltz scored a nifty goal from Patrick Kane and Duncan Keith. That briefly tied the game for the Blackhawks. That was Schmaltz’s seventh goal of the year. For those following the progress of Schmaltz, that’s a career high in goals for the second year player. Unfortunately for Blackhawks, the Canucks led by Boeser got the best of Jonathan Toews and Schmaltz.

The victors found the twine early and often. The leading rookie of the year candidate, Boeser had another multi-point game, he scored a goal and four points. Boeser now has scored (21g-17a—38pts) in 35 games. Boeser has been scoring goals at an incredible rate, he now has scored 25 goals in 44 games. That the fastest in Canucks history and he’s second only to Alex Ovechkin. During the 2017-18 season, Boeser now has eight multi-point games.

Boeser and his linemates had a hell of a game (Sam Gagner, Thomas Vanek & Boeser) the trio combined for 12 points in the 5-2 win against the Blackhawks. Here’s Boeser’s final act.

This trio was nothing but 🔥🔥🔥 tonight. pic.twitter.com/bZcTTI2Rr5

“It was a blast out there tonight,” Boeser said. “We had a lot of chances and we made the most of them. They’re both tremendous players and it’s easy to play with them.”