Your Morning Dump… Where, in just 24 minutes, the Celtics may have regained their mojo 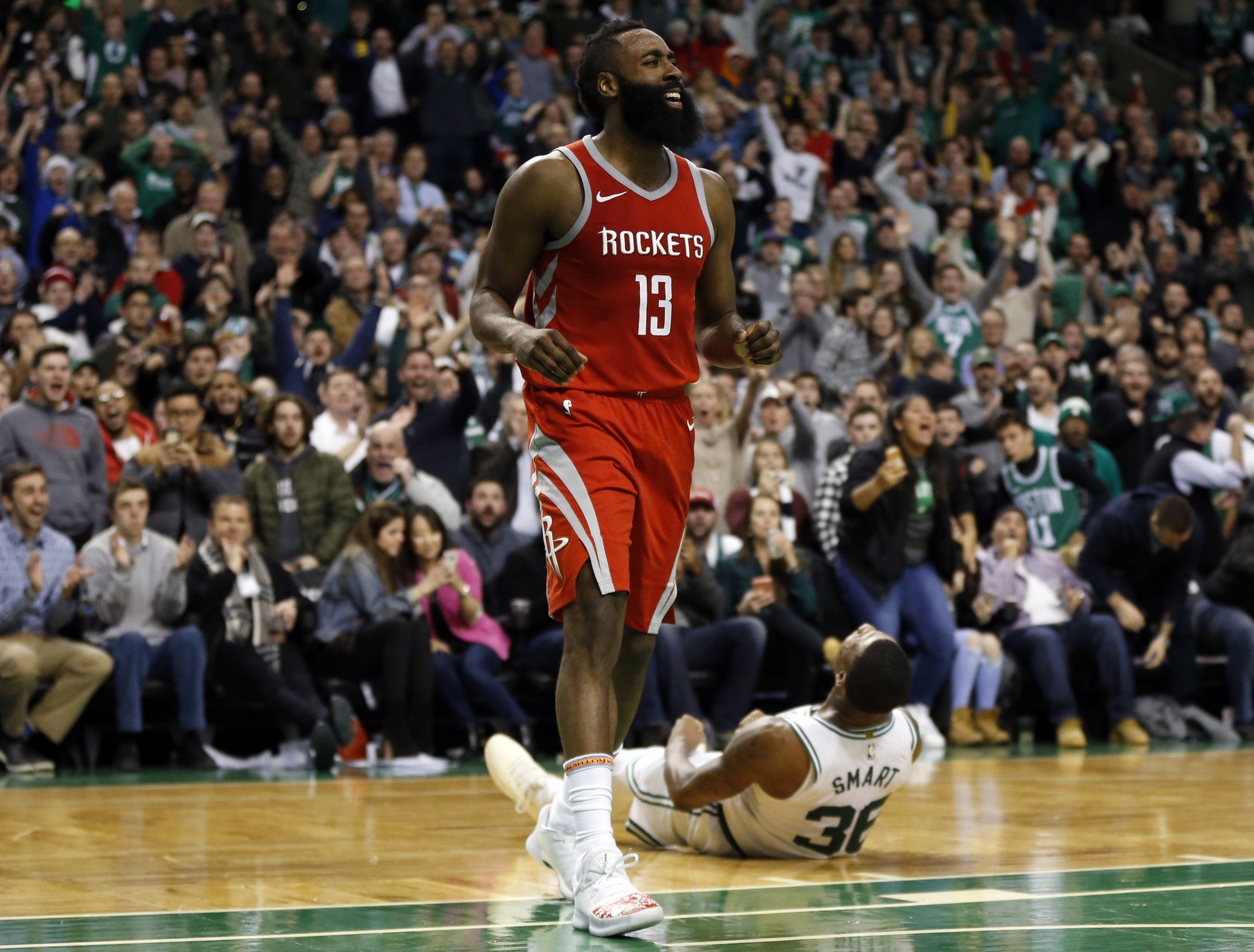 Your Morning Dump… Where, in just 24 minutes, the Celtics may have regained their mojo

All the talk lately has been about the Celtics’ heavily front-loaded schedule, in which they’ve played far more games (now 39) than any other team. After winning 22 of their first 26, the Cs have struggled to win half their games the past three weeks. Fatigue and injuries have been blamed.

But in the second half last night, while wiping out a 24-point halftime deficit, they didn’t look tired at all, did they?

KJ Kourafas already reported the facts in his entertaining game recap, so this morning let’s look back at the wild night through the eyes of Twitter. Here’s a selection of Tweets of the Night.

In the first half, everything went Houston’s way. This shot didn’t count, but the fact that it swished through summed up how hot the Rockets were.

this is the rock n jock 50 point basket in real life pic.twitter.com/ervyo8snad

After halftime, things were a bit different. James Harden shot 3-17 in the third and fourth quarters, and…

The Rockets made just 9 shots in the second half.

I look forward to the NBA’s report on the last two minutes of this chaos.

The Celtics limited the Rockets to just nine field goals, and a shooting percentage of 25.0% (9-36 FG) pic.twitter.com/LMfpjA3x0H

"Brad, what did you say to the guys at halftime?" – @GwashburnGlobe

This Celtics team is both completely unpredictable and regular as clockwork.

(includes both Harden turnovers in the final 7 seconds)

Marcus Smart draws two critical charges down the stretch to ice the game in tonight's @JetBlue Play of the Game! pic.twitter.com/TS5jr5VYgQ

Marcus Smart causing James Harden to completely melt down mentally in the final seconds. You can't teach that.

Smart was asked if he prides himself in being a pain in the ass. “My Mom would say so.”

The @celtics dominate the 2nd half and overcome a 26-point deficit to pick up a last-second win in The Garden! pic.twitter.com/L5vQQscmKV

KG reacts to the closing moments of the @celtics 26-point comeback win over the Rockets. #KGArea21 pic.twitter.com/rCisFmmgX6

In those last 24 minutes, the Celtics were determined, motivated, and probably playing on adrenaline. They shook off all their recent difficulties and, just as they did during their 16-game winning streak, found a way to win. Perhaps they also rediscovered their mojo.

Now the Cs also finally get some rest. They have today and tomorrow off before hosting the Nets on Sunday, followed by two more off-days. One game in five days is the lightest part of their schedule so far. Boston should then be well-rested and hopefully healthy when the Cavs visit next Wednesday.

Herald – Bulpett: Marcus Smart proves a big pain to Houston MVP James Harden | Celtics complete comeback from 26 down to shock Rockets at Garden | Celtics notebook: Refs, down one, has effect on both teams

On Page 2: If Harden is headed for MVP, what does that make Smart?

As a reminder, last season Smart also lured Harden into committing a Flagrant 1 offensive foul during a Celtics comeback. The Rockets escaped that night with a one-point win as Al Horford missed a last-second layup. But shouldn’t Harden have known what to expect last night with Smart guarding him?

And then there was this: during the rematch in Boston a month after the above video, Harden got another Flagrant 1 for this shot to Jonas Jerebko’s face. Harden will probably win MVP this season, but he’s shown some awfully bad judgment against the Celtics.

Let’s not forget last night’s sensational National Anthem. After this, we should’ve known the game would be epic.

HOW DID HE NOT PASS OUT?! (I swear this is not on repeat.) pic.twitter.com/HkJuOMKE9r