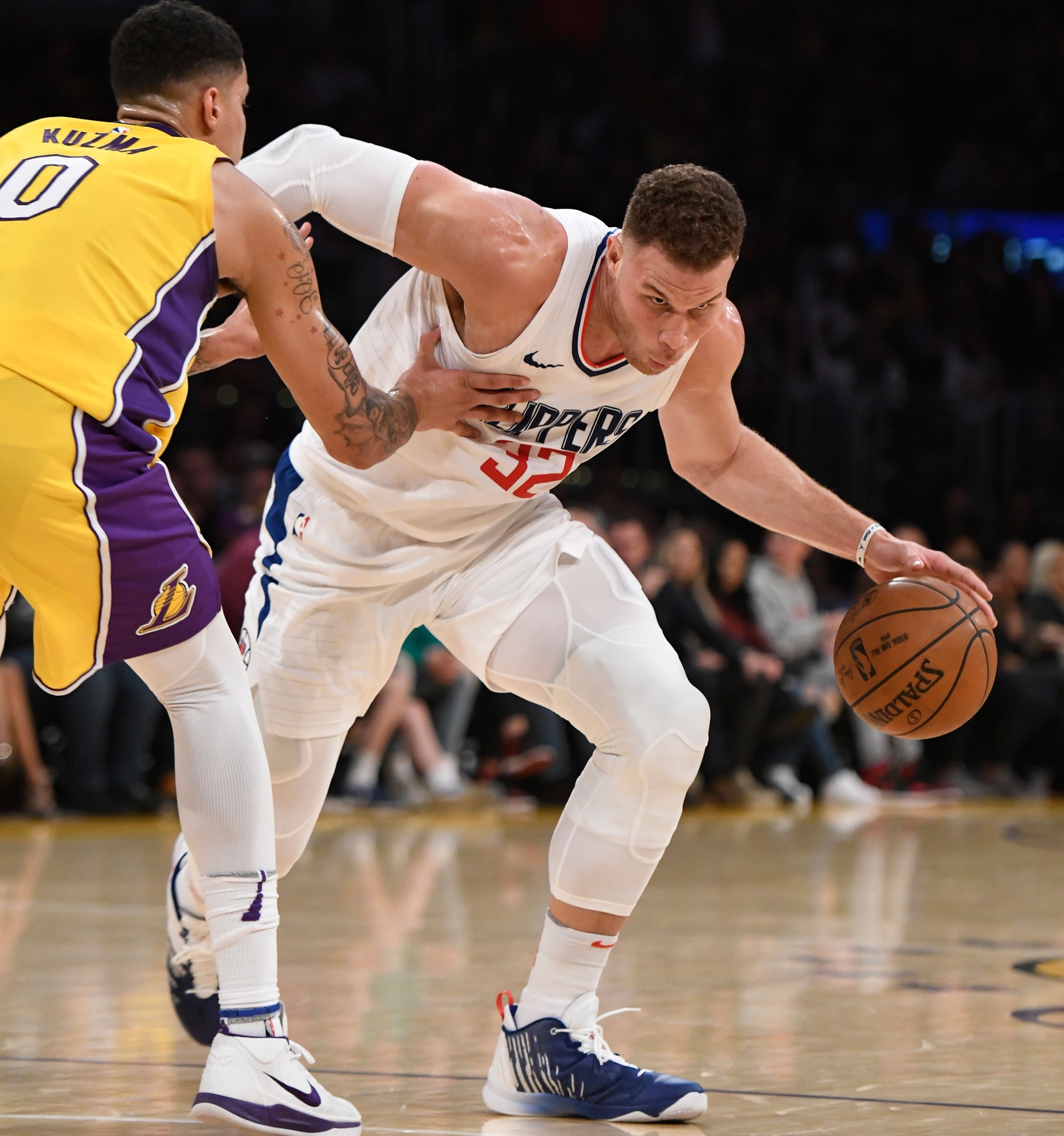 Just when you thought the Clippers were finally going to be healthy again, Austin Rivers went down with an unfortunate achilles strain. The good news, is that Blake Griffin returned from his MCL sprain, and that the Clippers beat the Lakers in a wire-to-wire win.

The Clippers jump started to an early 24-7 lead, and never looked back. There were times when the Lakers were able to cut the deficit to 10, but they just couldn’t get their comeback going. The Clippers led by as many as 18 points, and never had a single lead change or tie.

LAC was led by the duo of Blake Griffin & Lou williams. Blake had a very standard BG32 game, posting: 24 points, 6, assists, and 6 rebounds.

Lou contributed 23 points, and 4 assists. Both players didn’t shoot well from the floor, but they made their living at the line; Blake Griffin shot 11/12 & and Lou Williams shot 13/15 from the free throw line. The entire team did a great job contributing to this win, as there were 7 players who 11+ points.

Jordan Clarkson led the way for the Lakers. Clarkson recently admitted he was struggling being the starting Point Guard, so he was moved back to the bench and him himself a game. Clarkson put up: 20 points, 8 assists, 5 rebounds, on 56% shooting. The entire Laker team shot pretty well from the field (48.8%), but they couldn’t hang defensively, or on the boards.

Last night’s game boiled down to the Clippers out-hustling the Lakers.

The Clippers did everything they needed to do in order to stop the Lakers’ momentum. LAC out-hustled the Lakers, got more 50/50 balls, and out-rebounded the Lakers. The Clippers won the rebounding battle 49-35, and the second-chance points battle 26-15.

You were missed @BlakeGriffin32! 🤜🤛 #NBAVote

The Lakers are a top 3 rebounding team (46.2 RPG), which gives you a good indication of the Clippers’ focus.

Out of the 16 Clipper turnovers, 8 of them came in the 3rd quarter.  Other than the 3rd quarter, the Clippers played a highly focused game of Basketball. The team played great offense, cut to the basket, and made defensive stops.