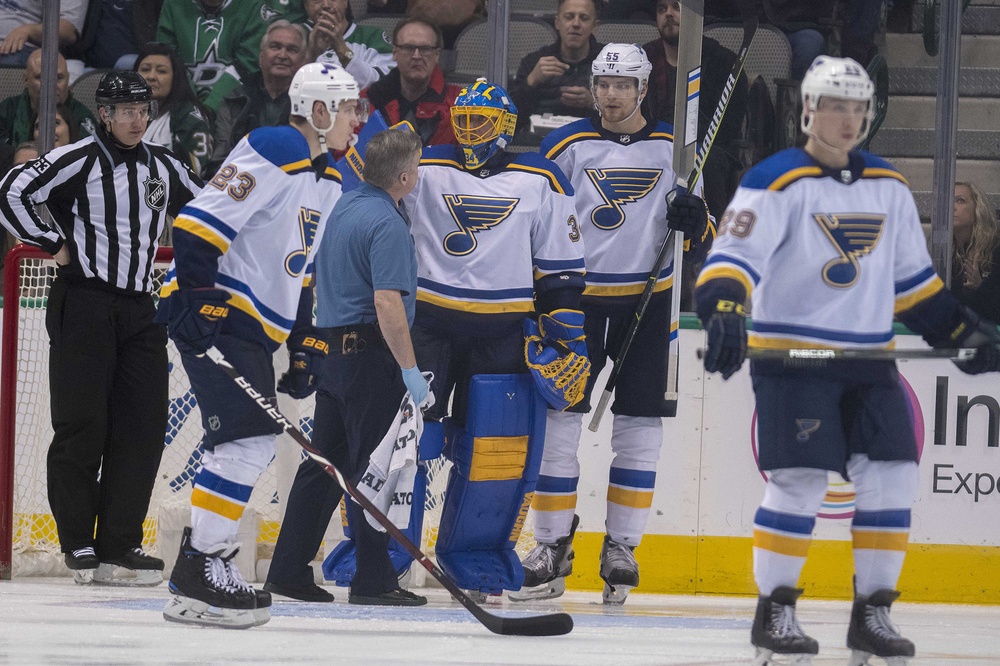 St. Louis Blues head coach Mike Yeo was placed in a difficult spot during Friday’s game against the Dallas Stars, and unfortunately he made a decision he now regrets.

When Jake Allen was removed from the game by the NHL’s concussion spotter midway through the third period, Yeo called on Carter Hutton to man the crease. When Allen was cleared a short time later, Yeo brought him back in instead of letting Hutton close things out. That’s a decision he feels was partially responsible for another disappointing loss.

“Looking back, that was a bad decision by me. I think I put Jake and the team in a bad position there. It’s disappointing for our group not to get a win here.”

Yeo went on to complain about the rather ridiculous late call against the Blues, but he came back to his Allen decision.

“The thought process was Jake had been really good. He made a huge save on a two-on-one to keep it at 1-0, then we got the lead. He was good, we thought he was fine, the league obviously made the the call for him to come out. Then we got word that he was fine and we put him back in and that was a mistake on our my part. It’s unfortunate for the players because they played their hearts out tonight.”

Was Yeo’s decision ultimately responsible for the loss, or is he just trying to shoulder some of the blame off of his team?

Allen did play well, but asking him to come back into a game after a major distraction may have been asking too much. It’s fair to assume all of the intangibles in hockey (focus, determination, etc) could have been thrown off during the concussion protocol testing. Hutton probably should have been allowed to finish out the game.

Ultimately, Yeo’s decision may not have been a good one, but it was hardly the sole reason for yet another Blues loss. The team still sat back during key parts of the game. They continued to show that they’re unable to put a team away when the opportunity knocks. The Blues still have a long way to go beyond a questionable decision by Yeo.