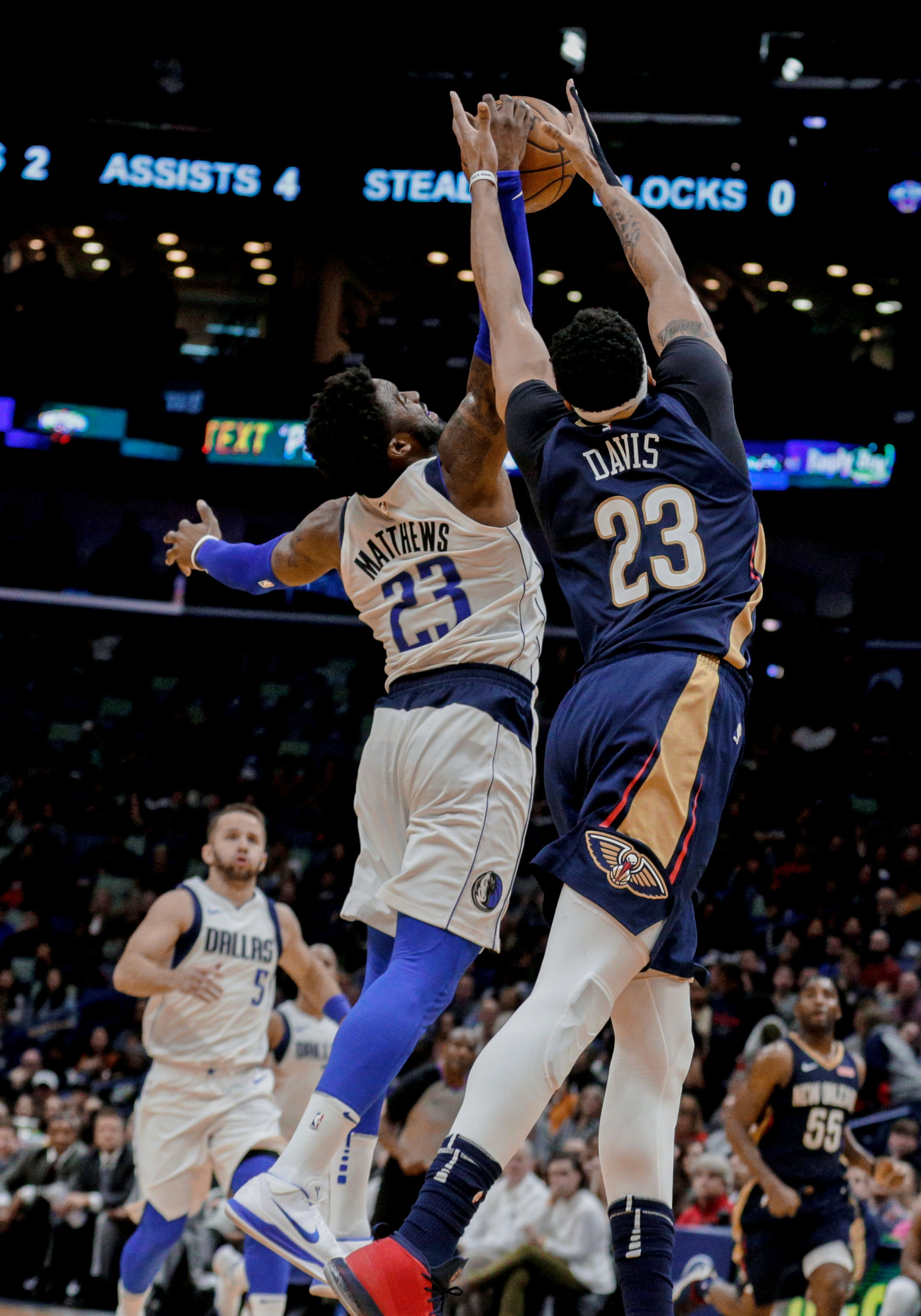 New Orleans,LA- The New Orleans Pelicans faced off against the Dallas Mavericks in the Smoothie King Center Friday night. The Pelicans looked to improve upon a 3 game winning streak versus a struggling Dallas Maverick club but things did not go as planned. The Mavericks started by literally shooting the low energy inconsistent Pelicans apart in the first half and continued much into the second. The Pelicans allowed Dallas to score 77 points on them just in the first half alone and dominated the Pelicans in all the statistics that matter.

The Mavs out shot New Orleans 55% to 49% from the field & 56% to 26% from downtown, were they were able to capture the game. The Pelicans only had 8 turnovers but it didn’t really matter as their crappy transition defense showed its hideous face once again. The Pells defense allowed a Dallas team that averages only 101 pts/a game, score 128 plus shoot them completely out of the stadium. The Pells allowed to many uncontested shots & Dallas took them up hitting 22 of 39 three-point attempts.

New Orleans actually took a massive lead down to 3 points but ran out of juice as they stop attacking the basket & started jacking up foolish three-point shots that eventually cost them the game 128-120. It’s the same old story with this New Orleans team inconsistency on the defensive end, leaving teams to take wide open shots that ultimately cost them in the end. The Pelicans foolish defensive 2-3 zone scheme is ineffective & the team needs to try to force opposing teams to have greater difficulty shooting three pointers.

New Orleans Pelicans coach Al Gentry is over using A.D. & Cousins as both played over 42 minutes which contributed to them becoming a jump shooting team as suppose to attacking the paint. Gentry didn’t play back up forward Cheick Diallo or back up center Omer Asik to spell the big two, which contributed to them running out of juice as Dallas cycled big after big against New Orleans.

The Pells top scorers for the night:

The Pelicans next game is Saturday night versus the New York Knicks in the Smoothie King Center. The Pelicans are way to inconsistent to predict if they can beat the Knicks & until they are able to establish a defensive philosophy that works, they will be a middling team who will never reach their potential.

LISTEN TO THE PELICANS POST GAME REPORT OR THE SPORTS COMA