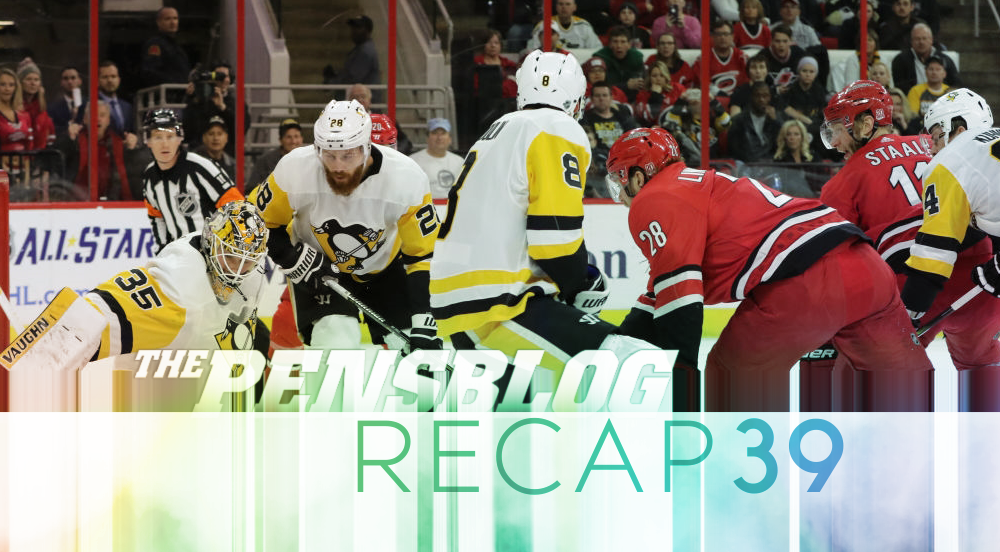 And that about sums it up.

There’s just one thing that currently matters as we creep towards the end of 2017: Winning fucking hockey games.

Maybe that looks a little uglier than it actually is.  The Penguins are still just 3 points out of a playoff spot, but have also played one game more than the Isles and 2 more than the Canes.  Your impending hangover can take some solace in the fact that you won’t wake up on your bathroom floor on New Years Day with the Pens in last in the Metro.

But that’s only because the Flyers don’t play again until they host the Pens on Jan. 2.

All that being said, there has to be a middle ground between the Drink Bleach Taeks and the Who Cares I’m Dead Inside Taeks.

Pat, for the first time in his life, probably hits it on the head.

Another thing to take some solace in: The Pens still have a shit load of games left against Metro teams.  They’ve been good against those teams, going 6-3-0 in division.  There’s a lot of hockey left and more potential for big swings than a juiced up Barry Bonds.

The #Pens have recalled forward Daniel Sprong (@sprong97) from the @WBSPenguins. Forward Dominik Simon has been re-assigned to WBS.

Sprong, 20, recorded his second hat trick of the season yesterday vs. Hartford.

With the gauntlet of games coming up, it can’t make things worse.  Let’s see what the kid can do in Detroit on NYE.  Go Pens.