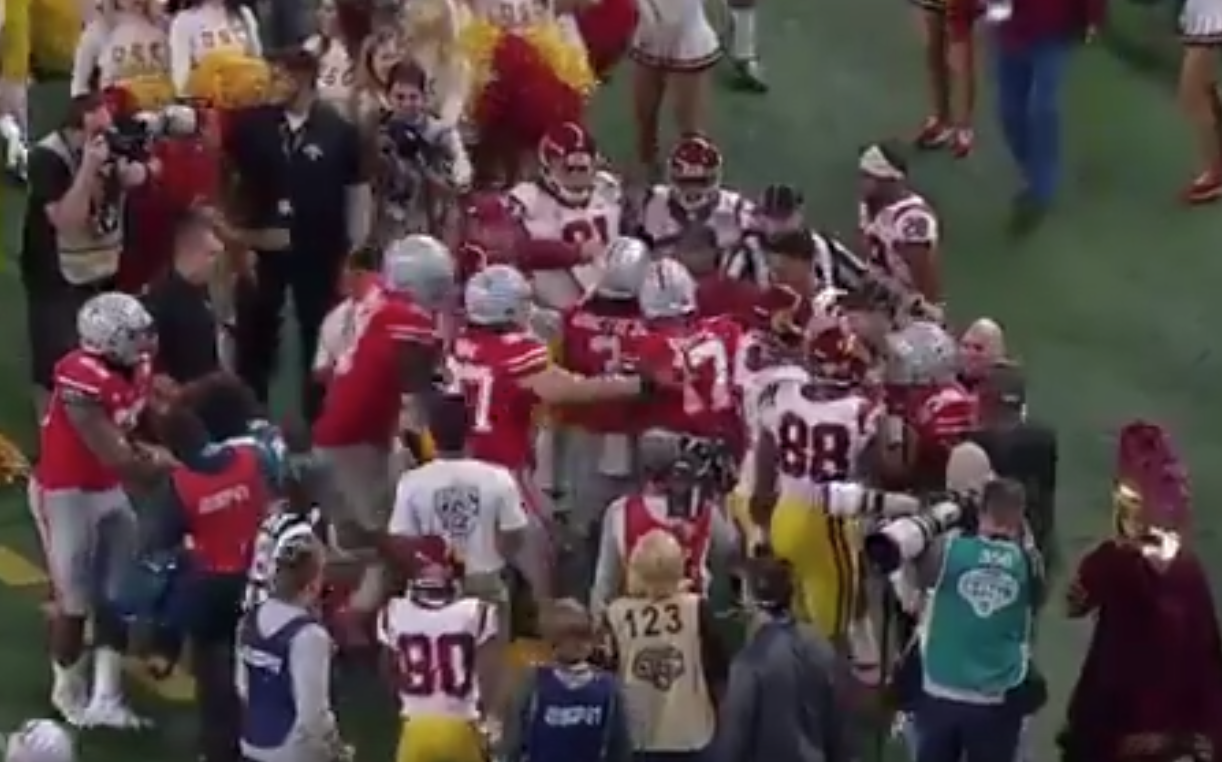 USC’s frustration from failing to score more than a touchdown against Ohio State appeared to boil over at the end of Friday night’s Cotton Bowl.

Somehow, the Trojans were able to outgain the Buckeyes in total yards, 413-277, but turnovers and failing to finish off drives did them in.

The frustration from moving the football throughout the game but being unable to eclipse seven points clearly affected the Trojans players after the game was over, as a fight broke out on the sideline involving them and the Buckeyes after the final seconds ticked off. A cheerleader randomly began dancing during the fracas, which was odd, and it was just a fitting ending to a sloppy game.

So many interesting things happened during that USC-Ohio State Brawl (Ball Boy runs off the field and wants no part of it, Cheerleader just starts randomly dancing while both teams are going at each other) LOL pic.twitter.com/LEAvIo1y4S

The Trojans showed more passion there than they did on the field during the game, which is sad.