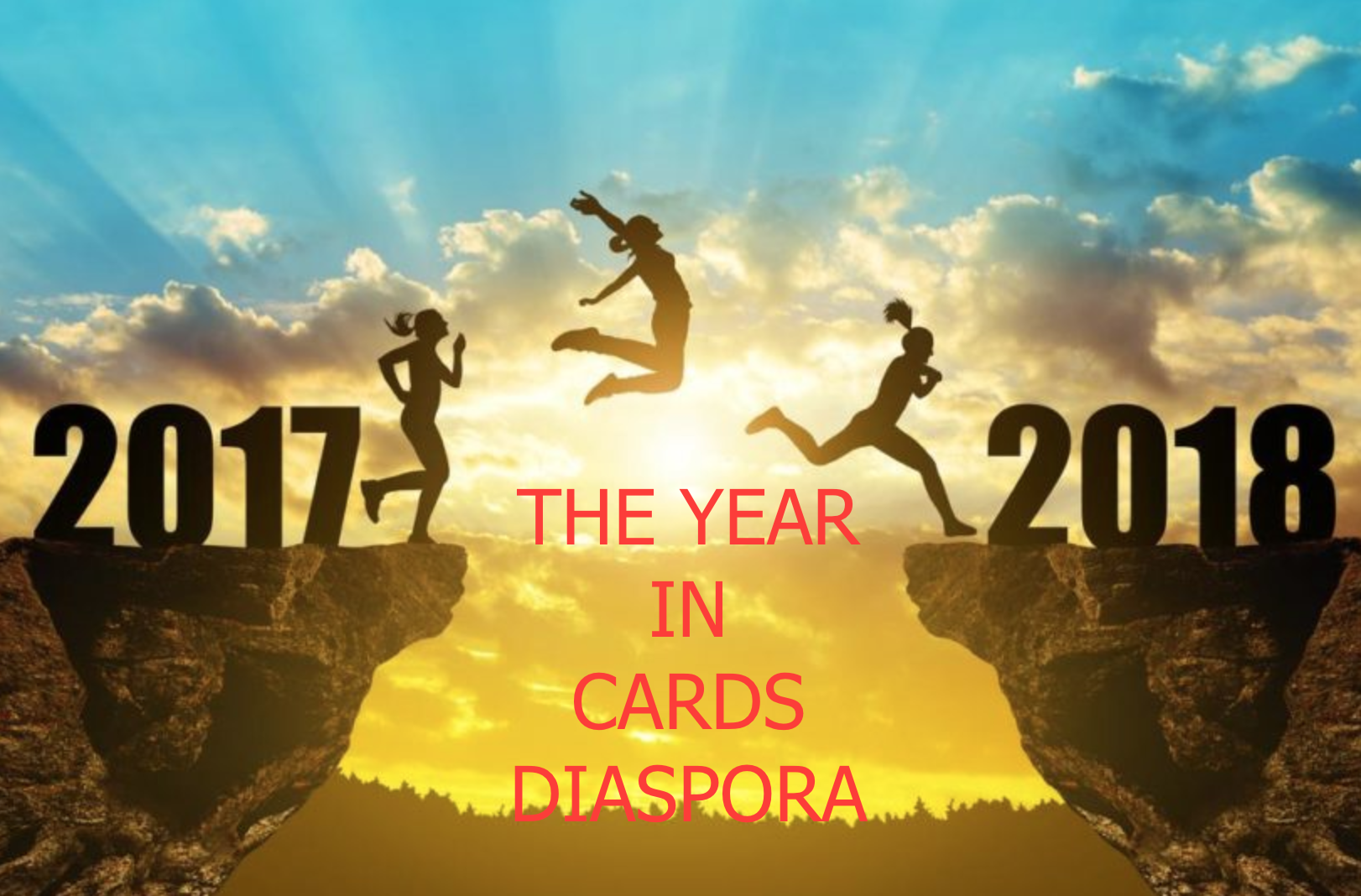 We made it another year with this silly little site.

I’ll let you in on a little secret… all these posts you’ve been seeing on other sites this week about ‘our most popular posts of ’17’?

They’re not for you.

Sure, you’re more than welcome to enjoy them. But they’re really for the writers (and editors) of sites.

They’re an easy (and quantifiable) way to look back on a year worth of content creation. To see what broke through the noise – or flopped.

I’ve been working on this blog for over a decade now and I couldn’t tell you the reason that 1/2 the things I post on here gain any real traction with people outside of the regular visitors.

So when I’m scrolling back on a year of writing, it’s always surprising to see what broke through.

And that’s why you get a glut of posts just like this. To remember… ‘hey, I did write about adult cowboy hat night and it did get a butload of pageviews’.

So, here is a sampling of the top performing posts this year on CardsDiaspora.com:

The Cardinals Cheated More Than We Might Have Thought (JAN 29)

The Cardinals were stripped of their two top draft picks in 2017 and fined 2M dollars for their cybercrime against the Houston Astros.

It was bad. It could have been worse.

Houston appears to be doing OK.

I don’t remember posting this.

But the numbers don’t lie. Everyone was desperate for anything baseball related by the end of February.

Hopefully some of you were able to snag this.

I didn’t want to look up Robert’s MiLB stats for the Dominican Summer League out of fear of feelings resurfacing from May.

That last stat, tho.

For a 19-year-old to have natural plate discipline?

I know… I KNOW… super tiny sample size. But I just don’t get the feeling like we’re going to be saying ‘oh yeah, what ever happened that guy?’ down the road.

Was Last Night The Beginning of the End for Lance Lynn in St. Louis? (JUN 8)

One of these days we’ll get the full Lance Lynn story.

Personally, I find it a little odd that a lifetime Cardinal who has posted a 3+ WAR in his last three (healthy) seasons who is headed into his prime pitching years is basically being shown the door by the team and fans are mostly ¯_(ツ)_/¯.

Yeah, the Cardinals have some young (and cheap) arms they want to give a chance to.

But there’s still something to be said for having been in the show and performed. Let’s just hope he doesn’t end up in Chicago.

Exactly 0 players on this list were actually traded… so, yeah, as always, big grain of salt with anything on this site.

The Cardinals did, however, get out from under the onerous Mike Leake deal basically by surrendering international signing money to Seattle so they could make a better play for Ohtani.

Not much to say here.

Probably one of the highlights, if not the top highlight, of the ’17 Cardinals season.

I’d pay over $100 dollars for video of the Cardinals pitch to get him to accept a trade to St. Louis.

In one of the rare instances where a team and player aren’t negotiating on money, this would have been fascinating meeting to watch.

Did it make him seriously consider STL? Did it hurt? Will we ever know?

Cardinals ended up with Marcell Ozuna, which is a pretty sweet consolation prize.

With technology and resources available today, it’s harder than ever to make crappy graphics.

I did give it a try on this post just for the heck of it, though.

While we’re all here, let’s take a look at the three of the least popular posts on The CD in ’17.

A whopping 29 people read this piece on Nelly and Frank Cusumano coming to the defense of St. Louis food when Mike Piazza had some unsavory takes on our dining scene.

Pop culture. Civic Pride. Frank Cusumano. I thought this one might do huge numbers.

Turns out it was your least favorite post all year. By a good margin.

How Good Are You With Logo Creep? (JUL 7)

I spent far too long trying to properly PS the ripples in this Cardinals jersey for this post.

For the record? I think that’ll be a pretty cool jersey when we get there with professional sports in America.

You won’t be getting a recap for seasons where the Cardinals aren’t in the playoffs again.

And by ‘made a video’, I mean I recorded #RallyCat off my computer when it was happening and posted it to YouTube.

If you’ve taken even a minute of your year to hang out on Cards Diaspora… thank you.

Hopefully it wasn’t too big of a waste.