Will Ding Be the Next Chinese Player in the NBA? 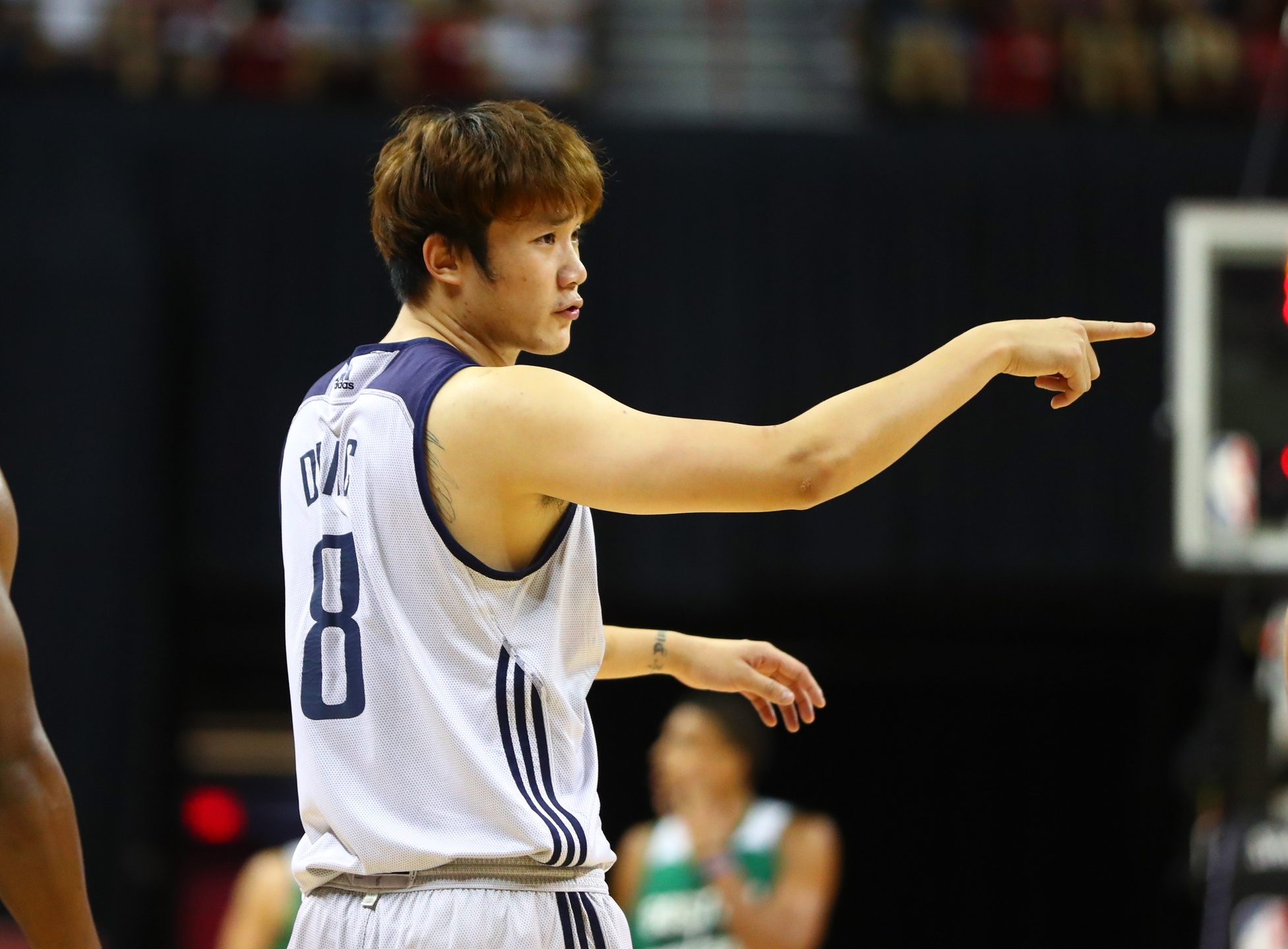 Will Ding Be the Next Chinese Player in the NBA?

After accepting a pick and then waiting for the screener to roll, Ding Yanyuhang slowly but surely gravitated to the three-point line along the left wing, shot and game clock both winding down and the score tied. Recognizing his advantage on the switch, Ding transferred the ball back to his dominant hand. From there: fake crossover, hesitation dribble and a driving burst to the charity stripe, a series of moves that afforded Ding just enough space for his pull-up stop jump shot to clear the outstretched arms of the defender and swish through the net with 2.9 seconds remaining. Following a timeout, Ding then proceeded to snuff out the fadeaway fling that would’ve sent the contest to overtime.

What a season opener it was for Ding Yanyuhang, who tipped off his 2017-18 CBA campaign with 42 points (including six threes), six rebounds, one steal, and one block against a strong Shanxi squad featuring the likes of Brandon Jennings and Luis Scola. Moreover, Ding dropped 20 in the fourth quarter, including 14 in a row to help Shandong steal the lead after falling behind by 12; and this was the sixth career 40-point performance for the 2017 MVP among domestic CBA players.

Having competed in the 2016 Olympic games, Ding is fairly well known by international basketball fans across the world. However, perhaps only the most enthusiastic NBA fanatics know he joined the Dallas Mavericks for the still-recent summer leagues and helped lead them to a 5-0 record in Orlando and a 5-1 record in Las Vegas (for a league-best winning percentage). Through those 11 tilts, Ding mustered up averages of 6.9 points (41.0 FG, 22.7 3Pt, 77.8 FT), 2.6 rebounds, 1.1 assists, 0.6 steals and 0.4 blocks in 16.3 minutes per game.

At 6-7, 205 lbs., Ding has just enough size to play the wing. But he’ll need to prove he can knock down the deep NBA trey. He also struggled to make crisp, correct decisions while receiving fewer minutes in Las Vegas (seven giveaways to two assists in 77 minutes), so improving in those two areas should be top priorities. On the positive side, Ding is an exceptional hustler who leaves everything out on the court. He contributed in ways that don’t show up in the box score and undoubtedly played a pivotal part in the team’s 10-1 summer league record.

Despite the plethora of departments in which Ding needs to improve, he is a very versatile basketball player. And data aside, the most impressive thing about Ding (to me) is his style of play. As most basketball fans know, there have been two main types of Asian players in the NBA. The first consists of those able to dominate in the painted area, such as Yao and Haddadi. The second type is big guys who can shoot, such as Yi (and also Yao). In simple, stereotypical terms, if an Asian player wants to survive in the NBA, typically they’ve needed to possess advantages in the size and/or shooting departments. Besides Jeremy Lin, we have not seen many Asian players who can carve their way through an NBA defense for a tough lay-up and compete physically and athletically with the level of competition consistently seen from the players who thrive along the perimeter.

Ding may be lacking in terms of wingspan and muscle (at least compared to most forwards in the league), and he may ultimately be too ball-needy (and not good enough at shooting threes or creating opportunities for teammates) to survive at the highest level of basketball. Nevertheless, Ding, who turned 24 in August, showcased his contagious energy (and strength and speed) in summer league. He was not a star by any stretch of the imagination, but his exciting skill-set should provide hope that there will be more Asian players molded to succeed with a similar style of play.

While Ding has plenty of potential to blossom into a blue-collar role player in the NBA like DeMarre Carroll, the bottom line is he will likely receive more lucrative offers from local teams. There are still rumors that Ding will get a chance with the Dallas Mavericks after the CBA playoffs, and given that the Mavs probably won’t be in the playoff picture, it makes sense for them to turn over every rock in search of hidden gems. Someone will almost certainly reach out to Ding. He should get a shot to succeed in the NBA at some point if he keeps playing this well. Whether Ding is destined to play and/or stick in the NBA or not, he serves as a reminder not to put players in boxes, an inspiration for young Asians who grow up idolizing the high-flying wings who captivate audiences across the globe with sheer athleticism, hang-time, and scoring prowess. And for that we should be thankful.