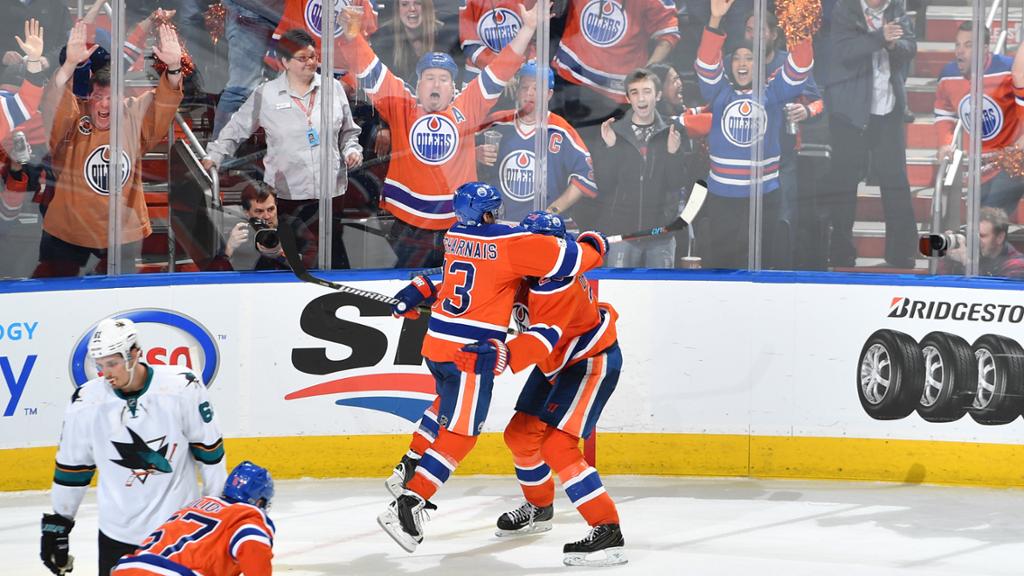 The number one moment of 2017 should be obvious to many. After falling behind 3-1 in game five against San Jose, it looked like the Oilers were dead in the water. Then Edmonton managed a powerplay goal late in the second period to make it 3-2. After that, the Oilers dominated the third period, finally breaking through in the final minutes with an Oscar Klefbom point blast to force overtime.

In the extra frame, it was simply all Oilers. San Jose barely touched the puck, as the younger and faster Oilers just overwhelmed the defending western champions. Finally, with just under two minutes to play in the first overtime, Andrej Sekera kept the play alive at the offensive blueline. He made a nice pass to get the puck to David Desharnais, who slid the puck to Draisaitl down low along the wall.

As Leon bought time, Desharnais slipped into the slot and found himself wide open. The big German saw him, and perfectly fed a pass into the slot that Desharnais tipped in to complete the comeback. Edmonton would take a 3-2 lead in the series on that Thursday night, before putting it away 48 hours later in Northern California with a 3-1 victory in the Shark Tank.

Take a seat and enjoy this tremendous moment from every vantage point. Trust me, these calls are worth listening to for the pure excitement and heartbreak.

Happy New Year everyone! Hopefully its a happier start to 2018 than it was an end to 2017.